Education is the key to the German labor market 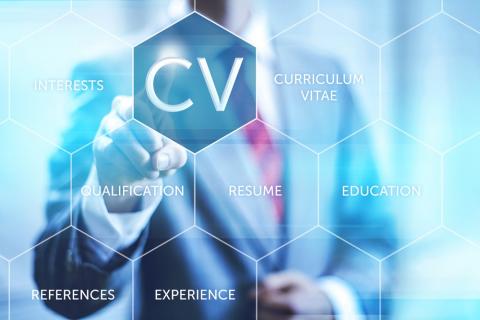 Workers already know that the job market is changing fast. From the "working from home" revolution to certain jobs becoming obsolete owing to new technologies, for many there is real uncertainty about the future.

At first glance, things appear quite healthy in the German labor market. Unemployment has almost halved since a major series of reforms in 2005 ushered in a new era of job creation. Even the pandemic hasn't altered the picture much: The unemployment rate has risen only slightly, from 5% to 5.9%, since the coronavirus crisis began.

Thanks to short-time work options, most people have been able to keep their jobs. The pandemic has also proven that working from home is possible in Germany.

Nonetheless, Germany's workers are living through a period of great change and many experts believe the country is not prepared for what is to come. "We will experience an incredible upheaval in the German labor market in the 2020s," said Labor Minister Hubertus Heil in a recent statement.

Most experts agree that the drivers of this change are digitalization and automation, as well as other technology changes such as the rise of electromobility.

The effects of this transformation differ enormously depending on the industry. But Hilmar Schneider, CEO of the IZA Institute of Labor Economics in Bonn, sees one clear trend. "The days of hard physical work are basically over," he told DW. "We are doing more and more intellectual or knowledge work."

Jobs for which little or no qualifications are required are increasingly being replaced by robots and computers, or else are poorly paid. "We have come a long way on this path and have achieved a kind of equilibrium," said Schneider. "What can be automated is already automated."

Automation is already a reality in various industrial sectors, but major changes in the logistics sector are still ahead. For example, trucks are still driven by people, but according to industry experts, it's only a matter of time before these jobs are also handled by self-driving vehicles. The same applies to the taxi industry and other mobility services.

Diplomas alone won't save you

Sociologist Roland Verwiebe, professor for social structure and social inequality at the University of Potsdam, agrees that many jobs will be lost. But unlike Schneider, he doesn't believe that an equilibrium has already been achieved or that only those without qualifications need to worry.

Digitalization meant the transformational end of an era, he told DW. He believes that highly qualified workers will also be significantly affected.

He cited translators, whose businesses are threatened by constantly improving software such as Google Translator or DeepL. "Lawyers are also potentially affected," he said, noting the amount of legal expertise available online.

The banking sector has already been through these types of changes, with plenty of back and front-office jobs already lost to machines and online services.

But even though digitalization has long been a key issue, Germany is seriously at risk of falling terminally behind. The pandemic revealed major digital infrastructural weaknesses, especially in public administration. Health authorities were regularly overwhelmed and relied more on fax machines than online systems to handle the crisis.

But the failure of the state is even greater when it comes to imparting digital skills on young people. "It is a political failing of the highest degree that digital education is not a subject in schools," said Verwiebe.

But it's not just digitalization or the lack of adequate training associated with it that puts jobs at risk. The rise of electromobility alone will cost at least 200,000 jobs in the German automotive industry in the next four years, as their production is, in some respects, less complex or requires a different skill set. This is the result of a study by the Ifo Institute on behalf of the car industry association VDA.

It's not all bad news, though. According to recent estimates, an overall net gain in jobs could be created by new roles in the production and maintenance of electric cars. New jobs are also being created in other industries. Around 2.1 million jobs will be created in Germany by 2035 in professions that are difficult to replace by technology, according to a study by the management consultancy Deloitte. Most of them are in the areas of health, teaching and training as well as in management and administration.

But this is no consolation for people who will lose their jobs due to digitalization, because they often lack the qualifications needed to secure the new jobs. The problem is exacerbated because Germany's low-wage sector is exceptionally large: Every fifth worker in Germany earns minimum wage, or slightly above it.

By comparison, the rate is at most half as high in the Netherlands, France and the Scandinavian nations. The only solution is education and training. In the auto industry alone, around 800,000 workers — practically everyone employed in the sector — will soon need new or different qualifications, according to the management consultancy Boston Consulting Group.

On top of all this, Germany's need to attract workers from abroad is not going to diminish, said Schneider, pointing to an aging society. "We need concepts that are designed to attract highly qualified people into the country," he argued. Here as well, he thinks there is "a lot of catching up to do."