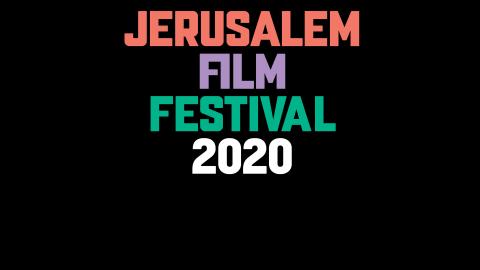 Another week, another online film festival, as the Jerusalem Cinematheque launches the 22nd Jerusalem Jewish Film Festival, November 11-22, with all films screened online. This year’s festival includes films about Jewish identity, faith, history, memory, culture, the Holocaust, life in Israel and relations between Jews and people of other faiths.

The films will cost NIS 20 per screening, and will be available online at the Jerusalem Cinematheque website for the entire duration of the ten-day event. All films will include subtitles in Hebrew and English.

The festival opens November 11 with the local debut screening of “American Pickle,” a 2020 film starring Seth Rogen as an Eastern European Jewish immigrant who gets preserved in a vat of pickles and wakes up in modern-day New York City, where he attempts to fit in with the help of his descendant, also played by Rogen.

The festival will include a screening and conversation with actor Jesse Eisenberg on his role in the 2020 film “Resistance,” a biographical drama written and directed by Jonathan Jakubowicz, inspired by the life of Marcel Marceu, a mime who joins the French Resistance to save the lives of thousands of children orphaned by the Nazis.

Another World War Two film is Lydia Dean Pilcher’s “A Call to Spy,” about Winston Churchill’s efforts to recruit and train women as spies. Back on the comedy front, the festival will screen Emma Seligman’s debut feature “Shiva Baby,” about a young bisexual Jewish woman at a shiva where her older male lover and female high school sweetheart are both present.

The festival will also mark 25 years since the making of “Sh’Chur,” the 1994 Israeli drama starring Gila Almagor, Ronit Elkabetz and Hanna Azoulay-Hasfari.

Written by Azoulay-Hasfari and directed by her partner Shmuel Hasfari, “Sh’Chur” was the 1994 official Israeli submission for the Academy Award for Best Foreign Language Film and awarded the Ophir Award for best film, telling the story of a young teen and her frustrations with her Moroccan family and their traditional ways.

For a full listing and schedule of the Jerusalem Jewish Film Festival, head to the festival page on the Jerusalem Cinematheque website.