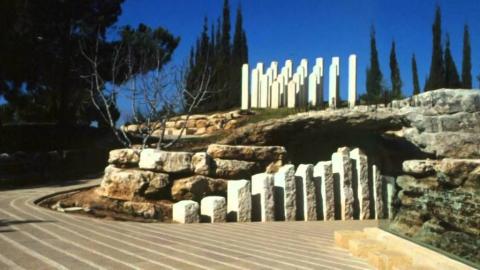 The fifth World Holocaust Forum is set to take place in January and will include leaders from Germany, Italy, France and Austria. Several world leaders have confirmed their attendance for the fifth World Holocaust Forum set to take place in Jerusalem in January. This year, the forum will commemorate the 75th Anniversary of the Liberation of Auschwitz as well as International Holocaust Remembrance Day.

The forum, titled “Remembering the Holocaust, Fighting Antisemitism,” is being organized by the World Holocaust Forum Foundation, headed by European Jewish Congress president Dr. Moshe Kantor, in cooperation with Yad Vashem, and under the auspices of President Reuven Rivlin. Kantor is also president of the foundation. In a statement about the event,

Kantor said that it is "especially important because, as the Holocaust recedes further into the past, some of its memory is being forgotten and its lessons are no longer being learned. “'Never Again' is an action plan, one that we must reclaim as a call to protect the future while remembering the past,” he explained, adding that it will give world leaders a “unique opportunity” to stand up and say: “'enough' to antisemitism, intolerance and racism – and stop the hate.”

Kantor said that the World Holocaust Forum Foundation is also “uniquely positioned to be able to provide an opportunity for our leaders to turn the knowledge and awareness of the Holocaust into action, in a collaborative effort to eradicate antisemitism and all other forms of hatred.”

Rivlin described the conference as a “very important historical moment” as it marks the liberation of Auschwitz 75 years ago, adding that it is deeply concerning that “the voices of Holocaust denial and antisemitism are once again rising." “We will never support those who falsify the truth or those who try to ensure the Holocaust is forgotten,” he said in a statement about the event. “Not individuals and not organizations; not leaders of political parties and not heads of states.”

The president appealed to other world leaders to take part in the event, “at this sacred moment of memory and commitment, and I am delighted by the number of responses, which is growing every day. “We will make every effort to ensure that the event will be meaningful and will leave a real mark on the struggle against antisemitism, and for the education of the next generation,” he added.

Yad Vashem chairman Avner Shalev stressed that it “is the responsibility of all humanity, and especially the leaders that will gather here at Yad Vashem, to work to fight antisemitism, racism and xenophobia. “The Holocaust, aimed at the total annihilation of all Jews everywhere and the eradication of their civilization, was fueled by extreme racist antisemitism," he continued. “In the aftermath of the Second World War, the international community enacted universal principles and instituted international organizations with the express purpose of averting future crimes against humanity.”

He highlighted that the ways in which antisemitism “has persisted and proliferated over recent years must be identified, studied and understood,” adding that we must continue to be alert and aware of “antisemitism's current manifestations and remain resolute in combating it where it appears.”