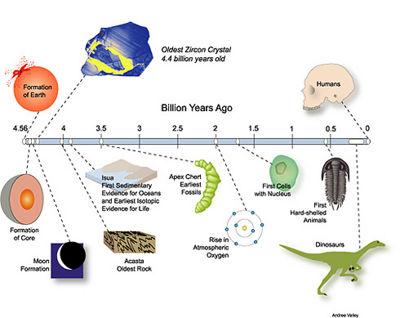 Evolution will soon be a mandatory part of the middle-school science curriculum, after years of being an optional subject that most students were never taught. The Education Ministry’s professional advisory committee on science – which has spent the last few years revising the middle-school curriculum – has decided that all eighth- and ninth-graders should start learning about evolution. But it’s not yet clear whether the decision will also apply to religious state schools, or only to secular ones.

Until now, evolution was taught in high school, and only as an optional part of the biology curriculum. Consequently, most students graduated without ever having been exposed to the theory. Under the new curriculum, students will learn that “according to the accepted theory today, the variety of species that exists in our world is the result of evolutionary processes.”
The goal of teaching this material, the curriculum states, is to make students understand that environmental and genetic changes together “led to the enormous diversity of species that exists in the biosphere,” as well as that “changes in the size and characteristics of a population are due to the influence of environmental factors and hereditary traits.”

Specifically, students will learn that, in any given population, traits better suited to the environment enhance an individual’s chances of survival, so any descendants that inherit these traits will also have enhanced survival prospects. These propositions form part of “the basis of the theory of evolution, which offers possible explanations for the species that we find on Earth today as compared to species that existed in the past,” the curriculum states.

Offering an example of what the new curriculum will include, she added, “It’s known that living creatures that aren’t adapted to the environment change over the years, and this isn’t something there’s any kind of problem with from the standpoint of scientific explanation; even teachers from the religious community can teach this.”

Prof. Nava Ben-Zvi, chairwoman of the professional advisory committee, concurred that teachers “always spoke with the students about evolution. Yet somehow, this was never expressed in the curriculum itself.”

Ben-Zvi noted that her committee included some religious members. But in any case, she said, “This is the dominant theory in the field in the Western world. It’s true that some people try to put religious belief and scientific belief in opposition to each other, but I don’t think there’s any reason for them to be in competition or to undermine each other. I don’t think the intent is to hurt people who believe that the world was created by divine power. We have grounds – and even an obligation – to give our students this curriculum, because it’s what is accepted today to explain the sources of life’s diversity. Not to say that men came from apes, but to say that men and apes come from a similar background. We decided not to be afraid of doing what’s right.”