Israel slides down international ranking in mathematics and science 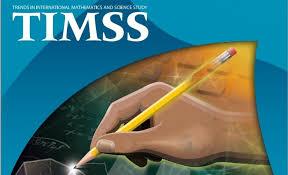 Israeli eighth grade pupils’ achievements in science and mathematics have decreased internationally, according to the results released Tuesday of the Trends in International Mathematics and Science Study (TIMSS), the longest- running, international assessment of mathematics and science education in the world. The TIMSS has been administered every four years since 1995, and is sponsored by the International Association for the Evaluation of Educational Achievement (IEA) in Amsterdam. This year 39 countries participated in the exam.

According to the results, the average Israeli score in mathematics stood at 511 points, ranking Israel 16th overall out of a total of 39 countries – down from 516 points and 7th place in the 2011 rankings. This places Israel 110 points below Singapore, the top performer, and 30 points above the international average of 481.

In science, Israeli pupils scored an average of 507 points, ranking Israel 19th overall, down from 516 points in 2011 and a ranking of 13. The score reveals a 90 point gap between the top performing country, again Singapore and is 21 points above the international average of 486. According to the Education Ministry and the National Authority for Measurement and Evaluation in Education (RAMA), that there were significant gaps in test scores among different population groups.

In Israel some 5,512 eighth grade pupils from 200 schools, excluding ultra-orthodox and special needs schools, were tested in April and May 2015. With regards to sector, the results indicated that Hebrew speaking students scored some 70 points higher in mathematics and science compared to their Arabic speaking counterparts.

With regards to socio-economic status, the data showed gaps of some 110 points between Hebrew speaking pupils from high and low socio-economic standing and gaps of some 130 points between Arabic speaking pupils from different socio-economic backgrounds. “To all those that click their tongue and whoever needed further proof of the urgent need for math reform, the findings of these results, that were carried out under the previous government prove that it has gotten to a stage of national emergency in the field of science and mathematics,” Education Minister Naftali Bennett said on Tuesday.

For the future of this country and for the Nobel Prize and the next Waze developers, we will continue to act to double the number of students taking five units [highest number] in mathematics, even if there is criticism of some sort or another," he added.