Most Jews in Israel against the hegemony of the Chief Rabbinate 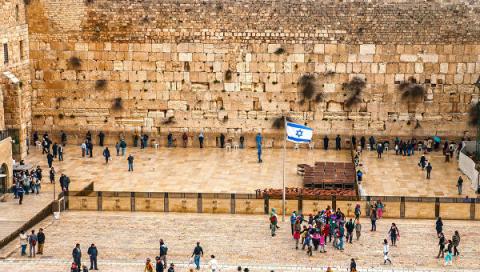 The poll, carried out by the Dialog Institute and led by Prof. Camil Fuchs, was commissioned for Haaretz’s inaugural Judaism, Israel and Diaspora Conference, taking place in Jerusalem on Wednesday in partnership with the Hebrew University, the Jewish Agency and the Ruderman Family Foundation.

It found that despite their high expectations of American Jews, a plurality of Israeli Jews (46 percent) did not believe their own government should consider the concerns of the largest Jewish community in the world. Only 31 percent of respondents said they thought Israel should take American Jews’ views into consideration, while 23 percent had no opinion on the matter.

Interestingly, of the different groups among Israeli Jews, it’s the ultra-Orthodox community (84 percent) that felt closest to Diaspora Jews, even though they are usually seen as the furthest away from the largely liberal and secular overseas community. However, this is probably due to the fact that the Haredim generally consider themselves much more Jewish than Israeli.

With regard to other aspects of Judaism, the poll found that while a clear majority of Israelis believe in God, they have much less patience with his (or her) representatives on Earth.

Belief in God, however, doesn’t extend to belief in the rabbinical establishment or a willingness to observe Torah and the commandments. Only 15 percent said religion should play a greater role in Israel, while 52 percent said its role is too large. Only 25 percent said they were satisfied with religion’s current role in Israel.

Most Israeli Jews were also in favor of ending the Orthodox Chief Rabbinate’s hegemony in the country. Fifty-six percent said they were in favor of civil marriage, while only 24 percent supported the current laws whereby only the Rabbinate can authorize the performance of marriage ceremonies.

Fifty-seven percent supported the “progressive” streams of Judaism being officially recognized by the state (39 percent thought they should receive equal status to the Orthodox Rabbinate, while 18 percent supported recognition but with a lesser status). Only 25 percent opposed any formal recognition of the Reform and Conservative movements. One of the most interesting findings of the survey was that Israelis were far from certain about how to even begin defining their Judaism.

When asked what Judaism meant to them, 29 percent said it foremost meant “nationality — being part of the Jewish people.” Twenty-five percent responded that for them Judaism was primarily culture and tradition. Only 24 percent said Judaism was above all adherence to Torah and its commandments, while 22 percent said it meant all three of those aspects equally.

Israeli Judaism seems to be an elusive and multifaceted concept that can be interpreted personally. It certainly seemed to matter a great deal to voters in the most recent Israeli election, with 75 percent of respondents saying issues of religion and state were a factor in their vote (48 percent said it was “a major factor”). Only 25 percent said issues of religion and state did not factor into their decision. However, the younger the voter, the more chance that it would play a role: 84 percent of the 18-24 age group said it did (with 61 percent of them saying it played a major role).

As in previous polls, it seems that belief in God rises among younger Israeli Jews — though this is probably more due to higher birthrates among religious Jewish communities than increasing spirituality among secular Israelis. The highest level of belief is among the 25 to 34 year olds, at 65 percent of “total” believers, though this drops to 55 percent among 18 to 24 year olds. This group, however, is most likely to regard Judaism as being above all about Torah and commandments, though these are mainly ultra-Orthodox and observant Jews. Only 5 percent of secular Israelis see their Judaism in Torah terms.

While the general perception about public transportation on Shabbat was that it would cater mainly for younger Israelis (who don’t own their own cars and might want to reach the main entertainment hubs on a weekend), they actually seem the least eager: only 47 percent of them supported it. And while many secular couples say they get married with a rabbi “just to keep grandpa happy,” it seems that as far as the older generation is concerned, they needn’t bother. The highest support for civil marriage, 74 percent, is among Israeli Jews aged over 65; only 14 percent of the oldest age group favored the current system.

But it is not only Orthodox and ultra-Orthodox rabbis who should be worried about their levels of public support: Rabbis from the progressive streams would do well to note their lack of popularity among young Israeli Jews as well. The only age group where the number of respondents opposing any form of recognition of Reform and Conservative Judaism (27 percent) was higher than those in favor of equal status for all streams (24 percent) was the youngest one — those aged between 18 and 24. The efforts of the non-Orthodox movements to broaden their presence in the Israeli public sphere seem to be falling flat with young Israeli Jews.