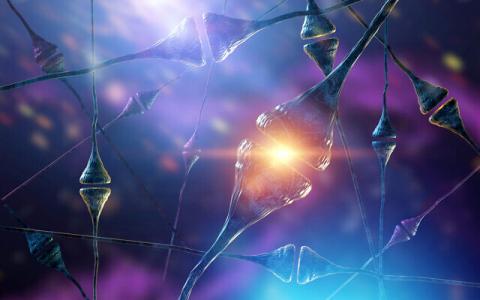 Scientists in Israel say they have observed exactly how the brain can make the body sick — and believe tweaks in the behavior of gray matter could stop inflammation in the bowel, colon and elsewhere.

Researchers at at the Technion-Israel Institute of Technology activated certain combinations of neurons in healthy mice, who had no physical problems at all, and watched inflammation suddenly appear. This illustrates the power of the brain to initiate physical illness and shows how it happens, they say.

The experiment, which involved dozens of mice, suggested that at least some psychosomatic illness is caused by the brain “replaying” an episode of physically induced illness to the body.

The Technion scientists, working in collaboration with scholars from the University of Haifa and EMMS Hospital in Nazareth, induced inflammation in mice, some in the colon and some in the abdomen, monitored their neuron activity, and then waited for them to recover. Then, they induced renewed inflammation in the same location — simply by activating the identical combination of neurons they observed during the original inflammation.

“This suggests that the brain stores some kind of representation of inflammatory conditions that mice experience, and has a way of causing the same inflammation,” Prof. Asya Rolls, the neuroimmunologist who led the study, told The Times of Israel. “While there is a gap between experiments in mice and understanding humans, this opens up a new line of investigation for psychosomatic illness in humans.

“I was surprised to see the effect so clearly, with inflammation starting soon after neurons were activated, even though there was no pathogen or other physical trigger,” Rolls said.

She said that the research, newly peer reviewed and published in the journal Cell, is one of the clearest glimpses so far into psychosomatic illness, and one of the most promising. The researchers hope that if the brain has the power to initiate inflammation, then suppressing the brain activity that does so may help combat inflammation.

When the research moves from mice to humans, it could pave the way for understanding the potentially psychosomatic elements of irritable bowel syndrome and some allergies. Such an approach to treatment may reduce reliance on immunosuppressants, Rolls said.

“In many inflammatory conditions we use immunosuppressive drugs, which help by reducing the function of the immune system,” she commented. “But they make the patient more vulnerable to other conditions due to their lowered defenses. “If we find that for a range of illnesses we could reduce the extent we need to dial down the immune system, and instead suppress inflammation-causing activity in the brain, this could be a great advance.”