How to love old age? 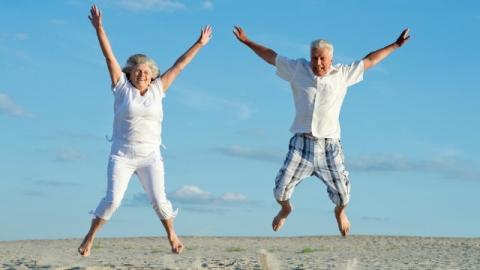 The realization that you are getting older can come in waves. You watch movies and point to the actors, saying: “She’s dead. Oh, he’s dead, too.” Your parents move to a retirement community they call God’s waiting room. You hear more snap, crackle and pop in your joints than in your breakfast cereal. In society, youthfulness is glorified and getting older is cast as something to avoid, but as your age increases, your quality of life does not necessarily have to decrease, experts said.

Here’s what you should know:

Most people wouldn’t say that a 38-year-old qualifies, but once you pass the median age of 37.8, you may statistically be considered “old,” said Tom Ludwig, emeritus professor of psychology at Hope College in Holland, Mich. Studies show that people start feeling old in their 60s, and a Pew Research Center survey found that nearly 3,000 respondents said 68 was the average age at which old age begins.

Daniel B. Kaplan, an assistant professor of social work at Adelphi University in Garden City, N.Y., said in an email that living to an advanced age was a relatively recent achievement. “The average human life span gained more years during the 20th century than in all prior millennia combined,” he wrote, adding that the average life expectancy in the United States is 79.1.

Dr. Gayatri Devi, a neurologist at Lenox Hill Hospital in Manhattan, said that your outlook can make a difference. She recalled a patient who frequently said, “Old age has an ugly face.” The patient died when she was 84. Another patient, who was 98, told Dr. Devi that when she was younger she looked like the actress Elizabeth Taylor. When the doctor told her that it must be difficult for someone who was once that beautiful to have aged, the patient remonstrated: “What do you mean? Am I not still beautiful?” That patient is now 100.

Dr. Devi said a patient who died at 101 had told her to try to have a friend “from every decade of life.” He had befriended an array of people, including Dr. Devi’s daughter, who was 12 at the time. Having friends from multiple generations can help head off the loneliness that can come when others move, die, get sick or are no longer mobile. “It speaks to an antisegregation of the aged, maintenance of community, as well as keeping in touch with modern advances to prevent being accused of being an old fogey,” she said.

Many of the problems that adults face as they get older are unrelated to the normal part of aging. The quality of your later life is partly under your control. Choices about lifestyles and behaviors can influence the effects of so-called secondary aging. Exercise and proper sleeping and eating habits will help your physical health, which will benefit your mental and cognitive health, Mr. Ludwig said.

People should prepare for the later stages of their life as they would starting a family or helping a child gain independence. Seek financial advice to help adapt to changes in your income and plan for the costs of health care, Mr. Kaplan wrote. Discuss with your family and friends what you expect from old age and what type of lifestyle you desire.

Older adults are generally happier and less stressed and worried than middle-aged and young adults, Mr. Kaplan wrote. Although there can be declines in health and income, “the vast majority of older adults enjoy improvements in the emotional aspects of life” because they are more focused on positive information, he wrote. Mr. Ludwig said the reality of aging was not as bad as stereotypes would suggest.

While you might not be able to do all the things you once did when you were younger — he advises against playing tackle football with teenagers, for instance — there are ways you can compensate by finding other activities that are rewarding. Find something to commit to improving, whether it’s tennis or cabinetry. Mr. Ludwig suggested focusing on helping others, especially younger people. Remember, too, that you are not the only one feeling sore or slowing down, he said. “There are millions of Americans waking up with those aches and pains,” Mr. Ludwig said. “What is the alternative to aging? It’s dying young.”

Though it is true that as we age, we may gain some weight and lose some of our intellectual abilities, it is no reason to give in to stereotypes about older adults. Myths about older people — that they are disconnected or crotchety — are perpetuated in the news media and our culture. Advancements in technology have accelerated the stereotype that older people can’t keep up, Mr. Ludwig said.

Leslie K. Hasche, an associate professor at the University of Denver Graduate School of Social Work, said she supported AARP’s “Disrupt Aging” initiative, which seeks to counter social and cultural myths about what it means to be old. “Too often, the myths create barriers or limits, which get in the way of older adults staying connected or pursuing what is meaningful to them,” she wrote in an email.

Various milestones — birthdays, changes in careers and the deaths of siblings and peers — are reminders of the passage of time, but you should not lose focus on finding meaning and quality in life, Mr. Kaplan wrote. “For many people, old age creeps up slowly and sometimes without fanfare or acknowledgment,” he wrote. “While most people enjoy relative continuity over the decades, being able to adapt to the changing context of our lives is the key to success throughout life.”