The cinematic cheapening of the Holocaust 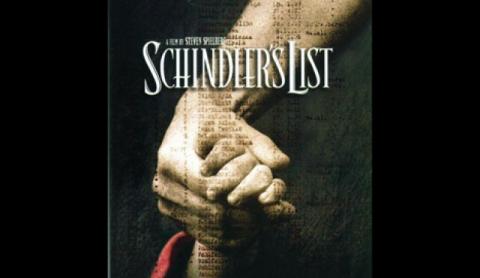 Instead of historic films that treat the Shoah with respect, recent movies have started using the Holocaust as a mere scare tactic or easy joke.

To understand the evolution of the Holocaust as a cultural reference point, look to Hollywood as your guide. The role of the Shoah on film – whether as subject, symbol or metaphor – reflects the way it is discussed and debated in society. And from examining its appearance in films over the past few decades, we see a complicated development from sacred to nearly profane.

Take James Cameron's iconic sci-fi thriller "The Terminator" (1984) as an early example of the Holocaust as cinematic allegory. Though set in 2029, one of the film's most powerful images - a pile of skulls - harkens back to Germany of the 1940s. In Cameron's world, a network of intelligent machines has decided to eradicate humanity. Survivors have barcodes burned onto their arm by scanners. One of them explains how they were "rounded up" and "put in camps for orderly disposal." Some were kept alive to work and load bodies but there were small pockets of resistance as well. Needless to say, the parallels to the Holocaust are clear.

Viewers have become familiar with Holocaust imagery since early depictions of it on television and film. One landmark example was the 1978 TV miniseries "The Holocaust," starring Meryl Streep, which introduced many American viewers to the horrific scenes of the concentration camp on the silver screen.

From that point, we begin to see more films that, though they don't focus on the Holocaust as a historic event, nevertheless weave Holocaust imagery and iconography into their futuristic, fantastical, and often dystopian worlds, rendering them recognizable in their horror. "The Terminator" is such a film as is Ridley Scott's "Prometheus" (2012), which nearly three decades later continued the tradition of Holocaust imagery. In one scene, we seen a pile of alien corpses which, though found on another planet in the future, are nevertheless referred to as a “Holocaust picture.”

The Holocaust has been used in film in other ways as well, neither as the main theme nor a symbol, but as a plot device. Take "The Unborn" (2009): A supernatural horror-thriller film set in America in the present, the film uses Nazi medical experimentation as the launching point for a story about a Jewish dybbuk (a malicious spirit that enters a person and possess his soul) and its subsequent exorcism. In "The Unborn," a college student is tormented by a dybbuk of a child who died as a result of Dr. Josef Mengele’s medical experimentation at Auschwitz.

An expository monologue of Mengele's atrocities is as much as the film achieves in exploring the Holocaust. The massive genocide, therefore, becomes merely a narrative convention to present an otherwise simple genre exercise in exorcism. "The Possession" (2012) similarly relegates the Holocaust to an atmospheric backdrop superimposed over a horror film, milking it for cheap thrills and entertainment. The Shoah, it seems, has now become commercially exploitable.

Then there's "Harold and Kumar go to White Castle" (2004) which takes Holocaust references to a whole new, irreverent level. The film, the first of a series, follows two stoners looking to satiate their hunger. Their Jewish neighbors Rosenberg and Goldstein are secondary characters who, in one scene, describe Katie Holmes' breasts by saying of them: “You know the Holocaust? Picture the exact opposite of that.”

While the joke may, perhaps tenuously, be read as a critique of the depiction of female nudity in such Holocaust films as "Schindler's List," particularly in what has been criticized as its sexualization of female suffering, the film’s screenwriters, Jon Hurwitz and Hayden Schlossberg, claimed no such moral high ground.

“We think that Katie Holmes’ breasts are a great thing," they explained. "And we think that the Holocaust is a really, really bad thing. And so, this joke is just kind of saying that. We felt it was appropriate. We still do.”

Amazingly, the off-color Holocaust humor elicited almost no backlash from the Jewish community and seems to represent a further devaluation of the Holocaust. But how did this occur? Perhaps it's merely a matter of time and distance.

As the Holocaust recedes further into the past, it is treated as an historical event for audiences and often stripped of the still-raw emotions and memories that accompany more recent tragedies. The current generation of Diaspora Jews, born half a century after the Holocaust ended, no longer have the personal connection to its stories. The stories, therefore, become part of the public domain, so to speak, and now Hollywood is using them as it pleases.

Most remarkable is the lack of outrage these films have garnered from community and religious leaders. Some of the aforementioned niche films may simply be off the radar of the mainstream Jewish community. A film like the Coen brothers' "A Serious Man" (2009), on the other hand, which explicitly zooms in on Jewish life in America, is much riper for scrutiny and criticism and dominates the attention of the Jewish community far more than a bad horror flick.

Or perhaps the Holocaust has simply become so prevalent in our language and imagery that we and our leaders don't notice it so much anymore, or can't keep up with every reference or just can't be bothered to organize an outcry against every small mention. Or maybe – and this is a big, scary maybe – we're just becoming desensitized and careless.