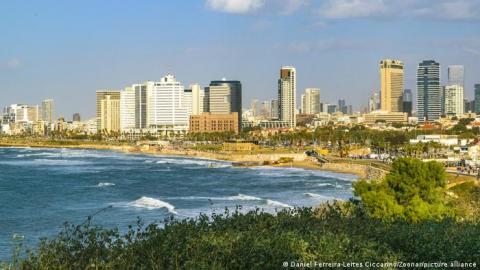 Tel Aviv is the world's most expensive city to live in, according to a ranking compiled by the Economist Intelligence Unit (EIU). The Israeli city climbed five rungs compared to 2020 report, which had Paris, Hong Kong and Zurich tie for first place. In the 2021 report Paris and Singapore came joint second, followed by Zurich and Hong Kong. New York came in sixth, and Geneva took seventh place.

What has made living costs increase?

Tel Aviv has climbed in the rankings due to the strength of the Israeli shekel against the dollar, as well as increases in transport and grocery prices. This year's data was collected in August and September, when prices for freight and commodities rose worldwide.

On average, prices rose 3.5% in local currency terms, which is the fastest recorded inflation rate of the past five years. This average inflation figure does not include four cities with exceptionally high rates: Caracas, Damascus, Buenos Aires and Tehran.

Social restrictions due to the coronavirus pandemic have "disrupted the supply of goods, leading to shortages and higher prices," according to Upasana Dutt of the EIU. She added that the rise in petrol prices has been particularly stark.

What other cities have moved in the rankings?

Berlin has dropped eight rungs down to 50th place, making it the cheapest of the six German cities included in the ranking. Frankfurt, one of the world's major financial centers, was the most expensive German city at 19th place.

The biggest jump in the rankings was made by the Iranian capital Tehran, which moved from 79th to 29th place. This change can be explained by US sanctions that caused shortages and price increases.

Damascus remains the cheapest city on the list, reflecting the effects of the ongoing civil war in Syria. Second-from-last was Libya's Tripoli, which has also been beset by years of conflict.