The installation “Crystal Wall of Wailing” is being erected in Babi Yar. 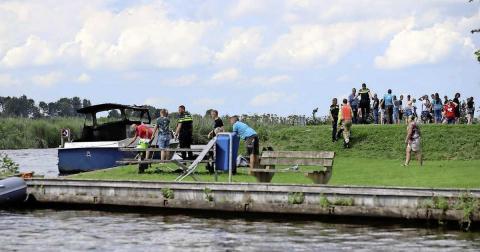 By the time the work began, Abramovich flew from New York to Kiev. “In Babi Yar, you feel incredible emotions and great sadness, you begin to talk not only about what happened from a historical point of view, but also about our human nature. Why should we humans be wild? Why should we kill, torture?” – said the artist.

The Holocaust Center will present the “Crystal Wailing Wall” on October 6, to the 80th anniversary of the Babi Yar tragedy. It will be one of the largest art objects in Europe built over the past decade.

“Its length will reach 40 m and height – 3 m. The materials used in the installation: Ukrainian anthracite coal and quartz from Brazil symbolize energy. Quartz crystals will be grouped in three and located at different heights: at the level of the head, heart and The visitors will be able to touch the wall to feel the energy of the crystals. Up to 40 people will be able to be near the object at the same time, “the press service said.

Abramovich said that she has been working with crystals for a long time. She believes that stones collect the energetic memory of the earth. “If you tune into the energy of the crystal, you will feel how the memory is able to rewind itself back. You just have to be strong enough to really feel this energy and the wall itself. It is not only a wall of crying over what happened, but also a wall of forgiveness. , because we need to learn to forgive. Forgiveness is liberation from the past and a new look at the future, “said the author of the installation.

During World War II, Nazi troops used the Babiy Yar tract in the northwestern part of Kiev as a place for mass executions of civilians. On September 29, 1941, by order of the occupation administration, the entire Jewish population was obliged to report to Babi Yar, where more than 33 thousand people were shot until September 30. According to various estimates, from 70 thousand to 200 thousand people were killed there.

Subsequently, the Babi Yar Memorial Center was established. Its CEO Max Jakover noted in December 2020 that the number of deaths is still unknown in Babi Yar.

In 2016, two projects were launched in Ukraine almost simultaneously: the state Ukrainian project for the memorialization of Babi Yar and the initiative of Russian businessmen of Jewish origin, who are ready to invest $ 100 million in the creation of a museum in Babi Yar, reported LB.ua.

On June 22, 2020, Minister of Culture and Information Policy of Ukraine Oleksandr Tkachenko said that the state project “Babi Yar” will be operational in 2021.