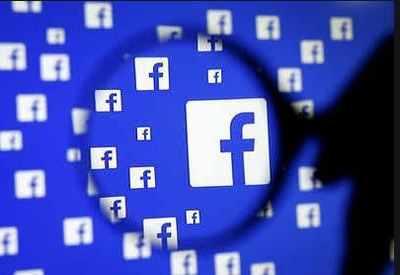 Facebook's new policy to suppress and remove Holocaust denial content from the social media platform was celebrated by Jewish organizations worldwide when it went into effect this week. However, shortly thereafter, it was discovered that Holocaust education posts were also being removed in some instances.

The new hate speech policy bans any content that either denies or distorts the Holocaust from appearing on the social media platform. Facebook has tailored its content management algorithm to remove posts that contravene the rule. While the algorithm seems to be successfully selecting and removing posts that breach the revised hate speech code of conduct, some posts on the topic of the Holocaust that are not distorting or denying it are also being consequently removed.

This was the case with a post by Izabella Tabarovsky, who wrote an article for the Forward discussing the atrocities that occurred in the Soviet Union during the Holocaust. "I guess this is the result of Facebook’s ban against Holocaust denial? It just made invisible my article about the Holocaust in Soviet territories. Unimpressed with this effort to fight Holocaust denial so far," said Tabarovsky. The title for Tabarovsky's article was, "Most Jews Weren’t Murdered In Death Camps. It’s Time To Talk About The Other Holocaust."

The article she shared was meant to be educational and neither denied or distorted the Holocaust. Facebook's algorithm scanned the headline and the first paragraph of the article, which was shared on the social media platform, and hid it. "As we announced we have updated our hate speech policy to prohibit any content that denies or distorts the Holocaust," a Facebook company spokesperson told The Jerusalem Post, noting that this content was taken down as a direct result of this policy.

Facebook's algorithm only scans material posted directly on its site and not what is in linked content. As such, although the article was discussing the 2.7 million Soviet Jews killed during the Holocaust, Facebook could not know that and the article was flagged because the headline raised a red flag.With the new policy, Facebook is not just targeting newer posts, but also content shared dating back years.

The post shared by Tabarovsky was, for instance, written in 2019. "To be sure, it’s very important to fight Holocaust denial," the author said of the policy. "This new policy was long overdue. The question is how exactly they are going about it. The blocking of my post was likely unintentional but it shows that they’ve got work to do to make it work. If they are going to remove content that advances Holocaust education along with content that denies it, it’s hardly going to be the kind of success they probably hope for.

"But Facebook sees this as a step in the right direction and as proof that the artificial intelligence is doing its job in flagging this type of content. Regardless of if the Forward article discusses a different topic once you click, the algorithm is doing what it was created to do on the social media platform. Facebook has a limited manual review system, but the bulk of the review work relies on AI. Facebook updated its hate speech policy with regard to the Holocaust on Monday, in a move announced by Facebook CEO Mark Zuckerberg.

"Today we're updating our hate speech policy to ban Holocaust denial," said Zuckerberg, who is Jewish, in a Facebook post on Monday. "We've long taken down posts that praise hate crimes or mass murder, including the Holocaust. But with rising antisemitism, we're expanding our policy to prohibit any content that denies or distorts the Holocaust as well. "Zuckerberg also added that it would redirect people searching for keywords associated to the Holocaust or its denial to credible sources off Facebook.

Facebook has been on a campaign to fight disinformation and calls to violence. Earlier this week, the social media giant announced that it will ban ads that explicitly discourage people from getting vaccinated for coronavirus or any other disease. Last week, the social media giant banned militarized calls for poll watching as the United States heads into the 2020 general election. It also banned QAnon content, which surrounds a conspiracy theory where "Q," who claims to have insider knowledge of the Trump administration and shares misinformation with the public about topics ranging from alien landings to vaccine safety.