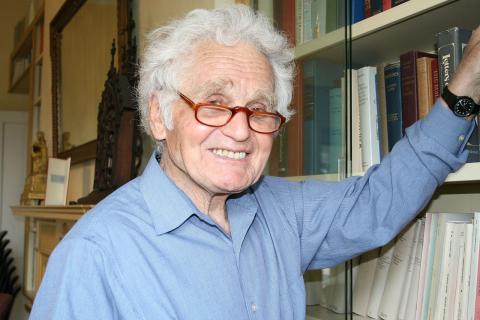 The human rights community lost one of its titans on Monday when Moscow Helsinki Group founder Yuri Orlov passed away. He was 96 years old. The group announced his death on its website but did not specify the cause.

In 1973, Orlov founded the Moscow branch of Amnesty International. Three years later, he helped create the Moscow Helsinki Group. Initially, the organization’s purpose was to monitor Soviet compliance with the Helsinki Accords and to report to the West on human rights abuses in the USSR. A year later, Orlov was sentenced to eight years in a labor camp and another five years in exile for anti-Soviet propaganda. The Moscow Helsinki Group was forced out of existence in the early 1980s, but revived in 1989 and continues to operate in Russia today.

In 1986, Orlov was traded to the United States along with the jailed journalist Nicholas Daniloff in exchange for the release of Gennady Zakharov, a physicist working in the Soviet UN Mission arrested for espionage. Orlov spent the rest of his life in the U.S., where he was naturalized in 1993, though Mikhail Gorbachev restored his Soviet citizenship in 1990.

Like Soviet human rights icon Andrei Sakharov, Orlov was a nuclear physicist. After arriving in America, he taught as a professor of physics at Cornell University. In 2005, he was the first recipient of the Andrei Sakharov Prize, now awarded biennially by the American Physical Society to honor scientists for exceptional work in promoting human rights.