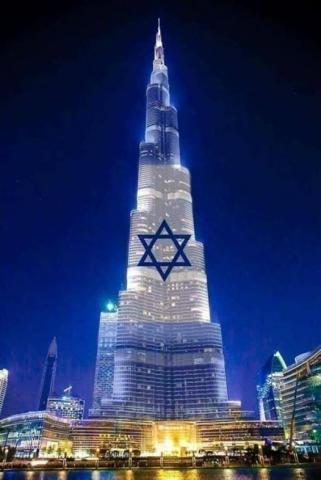 The Middle East was growing accustomed to the fact that the United Arab Emirates, like Bahrain, Oman and other Arab countries, was getting closer to Israel. Then, a little over a week ago, the UAE and Israel delivered the surprising announcement that they had serious intentions about each other.

This extraordinary development comes after almost two decades of rapprochement, careful diplomatic work and a significant shift in global and regional realities that changed perceptions and created new norms. But is there more to the new deal between Jerusalem and Abu Dhabi than just diplomacy, a potential military alliance, F-35 stealth fighter jets and reputational gains for the political leadership?

When I first visited the UAE back in 2006, I found that the telephone lines to Israel were blocked, and so were Israeli websites. This reality, reminiscent of the 1970s, when the oil boycott was launched and hateful statements about Israel were the norm, puzzled me.

Saudi and Emirati media outlets (especially those published in London) were presenting readers with a different view of Israel: as a partner rather than an enemy. The signs of growing cooperation were everywhere – in trade, defense and diplomacy.

The 2000s had shaken the traditional dichotomous view of Israel in this part of the Arab world. The tragic events of 9/11; the fall of Saddam Hussein and the rise of Iranian hegemony in Iraq; the Arab Spring; black ISIS flags; and the desire of the US to break away from the Middle East had created a new reality: It was not Israel but Iran as well as radical Islamist movements and dissatisfaction among people that were threatening Arab regimes and their stability.

The Palestinians, who were once useful as a tool for mobilization of the masses around their leaders, were largely irrelevant to this new reality, while Israel, as it turned out, held some important keys: advanced technology and weapons, military and economic might, and, most important, the key to the White House. The younger leadership in the region was looking for cooperation, not war, with Israel.

The deal that reached this month between the UAE and Israel reflects all of these realities. While Israel gets to normalize relations with an influential Middle Eastern country that is determined to shape the region in its own image, with an emerging and ambitious leader, the UAE is upgrading its position with the US and laying its hands on state-of-the-art weapons that were previously unavailable, such as F-35 stealth jets (which, by the way, came as something of an unpleasant surprise to the Israelis, who were unaware of this part of the price tag).

Perhaps Prime Minister Binyamin Netanyahu has decided that Israel needs to be more like the UAE and other Arab states in the region, as the Foreign Ministry and Defense Ministry, and even his partners in the “unity government” – Alternative Prime Minister Benny Gantz and Foreign Minister Gabi Ashkenazi – were kept in the dark about the deal.

Netanyahu wanted to be the only beneficiary on the Israeli side. But with news of the F-35s, this means he will have to accept full responsibility for the departure from a decades-old principle of Israel’s qualitative military edge (QME) in the region.

Amos Gilad, executive director of the Institute for Policy and Strategy in Herzliya, told The Media Line that if what has been published regarding the F-35 deal with the UAE is true, it is a grave and dangerous reality.

“Israel currently enjoys extremely close and comfortable relations with the Arab states. This unprecedented reality is based on military superiority of Israel in the air and the image of a strong country that is capable of dealing with any threat or hostile coalition,” Gilad, a retired general and former director of policy and political-military affairs at the Defense Ministry, told The Media Line.

“If Israel is ready to give up the principle of QME – which is [enshrined in] law in United States, for the sake of a normalization agreement with the UAE, more states will demand to get the F-35, which is a revolutionary weapons system that is so much more than just a plane,” he continued. “Israel is mortgaging its future to developments in the region that might surprise us all,” Gilad continued.

“Turkey and Iran were once close allies of Israel, and now the former is rather hostile to Israel and the latter is Israel’s sworn enemy, while the Muslim Brotherhood was able to take over Egypt not so long ago,” he said. “One has to keep this in mind.”

A source in the Israeli defense establishment who spoke with The Media Line on condition of anonymity, expressed similar sentiments. “Although there is no immediate danger to Israel from this development, more Arab countries such as Saudi Arabia and Egypt will demand to buy F-35s, and the principle of military superiority will be lost,” the sources stated. “Also, no one knows what the future might bring or what force, hostile to Israel, might suddenly take charge.”

"Although there is no immediate danger to Israel from this development, more Arab countries such as Saudi Arabia and Egypt will demand to buy F-35s, and the principle of military superiority will be lost"

Nevertheless, there is definitely more to the agreement with the UAE than F-35s and good PR for everyone involved. There is genuine hope that this time, the peace between Israel and an Arab country will not only look like peace, but will include mutual visits, trade, cooperation and diplomacy. There is hope that it has the potential to eventually open a door to an ultimate deal in the Middle East, one that might be facilitated by the US but which will emerge here, in the region itself.

The Palestinian issue might not top the Arab agenda today, yet it is clear that as long as the Gaza Strip and the West Bank are simmering, and as long as Qatar, Turkey and Iran get to decide the level of hostilities between Gaza and Israel, it will be hard to achieve stability in this part of the Middle East. The latest rocket attacks and incendiary balloons from Gaza should remind one and all that Israel shares its borders with Palestinians, and not with Dubai.

The question now is what is next for the US, the Arab states and the Palestinians? Will the parties concentrate merely on developing bilateral relations, investment and defense cooperation? Or will they will invest time and energy in order to eventually forge a new regional deal, one that will include not only normalization with Israel in return for some American perks, but also a just and reasonable solution to Palestinian grievances?

The Middle East is in dire need of such a deal in order to push back the Iranian threat, handle radical Islamist forces and rebuild Arab countries and societies crushed by civil wars, economic hardships and repressions. A genuine and powerful “alliance of the moderates” must emerge.

At present, the obstacles to such a rosy future are enormous. The regional challenges are grave, the divisions are deep and the chances for success are small. And yet, “the times, they are a-changin’,” even in the Middle East.