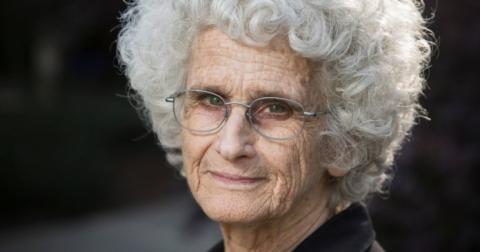 Recipient of Israel Prize in law, Professor Ruth Gavison died on Saturday at the age of 75. Gavison, a highly influential and important figure in the field of law, dedicated most of her life to civil rights and democracy. Many spoke of her merits and achievements, her contribution to the State of Israel and the legacy she left behind.

The Association for Civil Rights in Israel, which Gavison formerly headed, stated that "Ruth was a major figure who helped shaping the Association since the 80’s. Her influence on civil rights discourse in Israel, and especially on our activities, were extremely significant."

Opposition leader Yair Lapid  said that “Professor Ruth Gavison left a legacy in many fields. One thing Ruth wrote about Rabbai Yaakov Madan, with whom she drafted the Gavison-Medan Covenant, describes her character more than anything else. 'May our core differences shall not jeopardize our ability to promote what is shared between us.'"

Lapid also expressed his condolences to Gavison's family and to all those who loved and cherished her. Gavison-Medan Covenant, which Lapid referenced in his comments, is a document detailing a proposal for the the relationship between religion and state in Israel.

Head of Yisrael Beytenu, Avigdor Liberman said: "Professor Ruth Gaviosn was an avant-garde woman, an expert in law, a visionary. The covenant she drafted together with Rabbi Madan, that calls for mutual conversation and goes against unilateral decisions in relation to religion and state, should serve as a milestone for us."

Welfare Minister Itzik Shmuli said that "she was not only a legal giant, as she also represented hope: hope to live here as a unified but also multifaceted society. Her wisdom united together between the Jewish and democratic parts of Israel. Her determination on what unifies us, and not the opposite, has allowed her, where many others failed before, to build bridges instead of walls within Israeli society.

Commerce and Industry Minister Amir Peretz also expressed his condolences to Gavison family.  "Professor Ruth Gavison, recipient of Israel Prize, and among the early members of The Association for Civil Rights in Israel, who, until her last day, dedicated her life to the issue [of civil rights],” Peretz said. “For her, it was never about right or left, religion or secularism, Israelis or Arabs. What she cared about was the right of the individual and the right of the entire group. Her death is a great loss to us all."

Former justice minister Tzipi Livni called Gavinson a “legal giant, a guide and a beacon of justice and values.” “She shared with me, until her last days, a deep concern for the identity of Israel as a Jewish and democratic country. She worked to find the balance between values, the common dominator to help bring together different parts in society,” Livni added.