Tender, which will open the skies of Israel 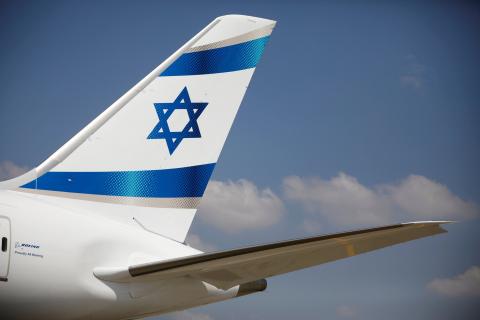 Gearing up to a national COVID-19 “Open Sky” program, Israel Airports Authority (IAA) published on Thursday a tender accepting offers to build and operate a lab at Ben-Gurion Airport to serve outgoing and incoming passengers.“There’s no doubt Israeli flight must return,” Transportation Minister Miri Regev said, “I got the green go-ahead to do so from the Prime Minister.”

Regev, alongside Health Minister Yuli Edelstein and Foreign Minister Gabi Ashkenazi, was instructed by the coronavirus cabinet to present a national plan to “open the sky” by August 16. Due to the pandemic, the number of business flights leaving the country from mid-March to late July dropped by 97%, Arbitrip reported. Seen as a red state, Israelis are unsure about the particular regulations they’ll be subjected to should they decide to vacation outside the country this summer.

Many fear quarantines, so demand for domestic vacations increased despite the fairly high costs. “All of Arkia’s pilots are unable to fly at the moment,” an IAA official told The Jerusalem Post, “and El Al isn’t faring much better. ” This is because pilots need to be in the air to maintain their skills and long durations on the ground dictate re-training, even if the skies were to reopen today.

“We installed toilets that can be cleaned by robots,” the official said, “and we check passenger’s temperatures and do everything to offer the same standards as the EU even before [the government issues] regulations.” “But what they are saying is misleading,” the official claimed, “what we need isn’t the best regulations for Israel, what is really needed is a worldwide policy. ”Noting that many British tourists visited Spain when that was a green country only to have it turn red on their vacation, the official asked what will happen to people flying from a green state to a green state, but must have a layover in a red state?

“Another point is insurance,” the IAA official said. “People in their 60s still have the money and free time to fly, if you up their insurance cost they’ll simply stay home.” “The report about the lab tender is a step in the right direction,” Secret Flights co-founder Yaneev Lanis told the Post. “The Health Ministry says they support those returning from green states by not needing to spend time in quarantine, which is a positive sign.”

With 250,000 members, he says users in the social group are “skeptical.”“I would wait with buying airline tickets just yet,” he advised.Lanis constantly updates users with relevant news and said he hopes the government will eventually produce a “holistic, transparent plan of what they have created and how they mean to make it work. ”The news arrives on the heels of the Health Ministry informing the Knesset it objects to allowing thousands of Israelis to travel to Uman, Ukraine, for the Jewish New Year.

The issue isn’t flights, Health Ministry official Asher Shalmon told the Knesset, the issue is “there is no way to control 300,000 people in a street and a half and keep them safe [health-wise]. ”Uman is where Rabbi Nachman of Breslov is buried. Followers of the Hassidic master believe that the merit of visiting him on Rosh Hashanah will offer great spiritual gifts. For Rabbi Eyal Riess from the Tzfat Kabbalah Center, “the city had been closed” with regard to foreign visitors.

To get them back, he said, Israel will need more than an open sky policy. “The American tourist will want to know how much of a radius will be around each person watching a film about Safed,” he told the Post. “And they will want to know about our ‘what if’ plans. For example, in a guided tour one member of the group gets COVID-19, what happens then?” “Everybody wants to open the sky,” he said. “I’ve got groups who want to visit this city, what do I tell them?”