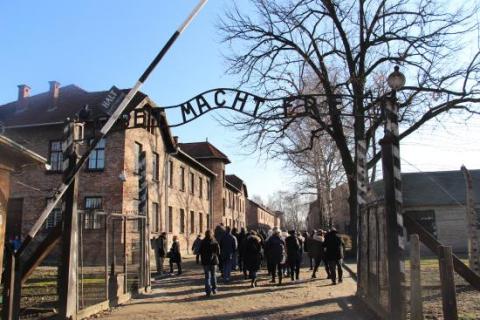 The Auschwitz-Birkenau Museum reopened to the public on Wednesday after nearly four months under a coronavirus lockdown that forced it to appeal for funding as revenues from visitors dried up. The museum on the site of Nazi Germany’s most notorious death camp normally draws more than two million visitors from across the globe each year. This year’s closure was unprecedented.

He said that around 1,000 visitors, including Poles and people from abroad, had booked tours via the museum’s website for Wednesday. “Future bookings depend very much on how the pandemic evolves, the situation is still uncertain,” Bartyzel added.

Poland reopened its borders with most European Union partners on June 13 after it introduced anti-virus lockdown measures relatively early in March. Poland’s culture ministry provided rescue funding for the museum in June after it hit a financial wall when it was unable to tap into revenues from ticket sales, he said.

Last month, Germany also doubled its share of a fund to preserve the former Nazi death camp to 120 million euros ($135 million). This year marks 75 years since the liberation of Auschwitz, where the Nazis killed more than 1.1 million people, mostly European Jews.

The Auschwitz-Birkenau memorial is particularly active on social networks, with over 330,000 followers on Facebook and more than a million on Twitter. While official figures for the virus show nearly 35,000 confirmed cases and more than 1,400 deaths, the health minister has admitted that there are likely up to 1.6 million undetected cases in Poland, an EU country of 38 million people.