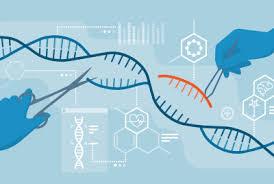 A suite of experiments that use the gene-editing tool CRISPR–Cas9 to modify human embryos have revealed how the process can make large, unwanted changes to the genome at or near the target site.

The studies were published this month on the preprint server bioRxiv, and have not yet been peer-reviewed1,2,3. But taken together, they give scientists a good look at what some say is an underappreciated risk of CRISPR–Cas9 editing. Previous experiments have revealed that the tool can make ‘off target’ gene mutations far from the target site, but the nearby changes identified in the latest studies can be missed by standard assessment methods.

“The on-target effects are more important and would be much more difficult to eliminate,” says Gaétan Burgio, a geneticist at the Australian National University in Canberra.

These safety concerns are likely to inform the ongoing debate over whether scientists should edit human embryos to prevent genetic diseases — a process that is controversial because it creates a permanent change to the genome that can be passed down for generations. “If human embryo editing for reproductive purposes or germline editing were space flight, the new data are the equivalent of having the rocket explode at the launch pad before take-off,” says Fyodor Urnov, who studies genome editing at the University of California, Berkeley, but was not involved in any of the latest research.

Researchers conducted the first experiments using CRISPR to edit human embryos in 2015. Since then, a handful of teams around the world have begun to explore the process, which aims to make precise edits to genes. But such studies are still rare and are generally strictly regulated.

The latest research underscores how little is known about how human embryos repair DNA cut by the genome-editing tools — a key step in CRISPR–Cas9 editing, says reproductive biologist Mary Herbert at Newcastle University, UK. “We need a basic road map of what’s going on in there before we start hitting it with DNA-cutting enzymes,” she says.

The first preprint was posted online on 5 June by developmental biologist Kathy Niakan of the Francis Crick Institute in London and her colleagues. In that study1, the researchers used CRISPR–Cas9 to create mutations in the POU5F1 gene, which is important for embryonic development. Of 18 genome-edited embryos, about 22% contained unwanted changes affecting large swathes of the DNA surrounding POU5F1. They included DNA rearrangements and large deletions of several thousand DNA letters — much greater than typically intended by researchers using this approach.

Another group, led by stem-cell biologist Dieter Egli of Columbia University in New York City, studied embryos created with sperm carrying a blindness-causing mutation in a gene called EYS2. The team used CRISPR–Cas9 to try to correct that mutation, but about half of the embryos tested lost large segments of the chromosome — and sometimes the entire chromosome — on which EYS is situated.

And a third group, led by reproductive biologist Shoukhrat Mitalipov of Oregon Health & Science University in Portland, studied embryos made using sperm with a mutation that causes a heart condition3. This team also found signs that editing affected large regions of the chromosome containing the mutated gene.

In all the studies, researchers used the embryos for scientific purposes only, and not to generate pregnancies. The lead authors of the three preprints declined to discuss the details of their work with Nature’s news team until the articles are published in peer-reviewed journals.

The changes are the result of DNA-repair processes harnessed by genome-editing tools. CRISPR–Cas9 uses a small strand of RNA to direct the Cas9 enzyme to a site in the genome with a similar sequence. The enzyme then cuts both strands of DNA at that site, and the cell’s repair systems heal the gap.

The edits occur during that repair: most often, the cell seals up the cut using an error-prone mechanism that can insert or delete a small number of DNA letters. If researchers provide a DNA template, the cell might sometimes use that sequence to mend the cut, resulting in a true rewrite. But broken DNA can also cause shuffling or loss of a large region of the chromosome.

Previous work using CRISPR in mouse embryos and other kinds of human cell had already demonstrated that editing chromosomes can cause large, unwanted effects4,5. But it was important to demonstrate the work in human embryos as well, says Urnov, because different cell types might respond to genome editing differently.

Such rearrangements could be missed in many experiments, which typically look for other unwanted edits, such as single DNA-letter changes or small insertions or deletions of only a few letters. The latest studies, however, looked specifically for large deletions and chromosomal rearrangements near the target site. “This is something that all of us in the scientific community will, starting immediately, take more seriously than we already have,” says Urnov. “This is not a one-time fluke.”

The three studies offered different explanations for how the DNA changes arose. Egli and Niakan’s teams attributed the bulk of the changes observed in their embryos to large deletions and rearrangements. Mitalipov’s group instead said that up to 40% of the changes it found were caused by a phenomenon called gene conversion, in which DNA-repair processes copy a sequence from one chromosome in a pair to heal the other.

Egli and his colleagues directly tested for gene conversions in their latest preprint and failed to find them, and Burgio points out that the assays used in the Mitalipov preprint are similar to those the team used in 2017. One possibility is that DNA breaks are healed differently at various positions along the chromosome, says Jin-Soo Kim, a geneticist at Seoul National University and a co-author of the Mitalipov preprint.