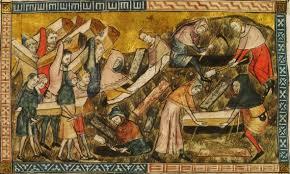 In Israel, where the total death toll as of Tuesday was 238 and the number of new daily infections below 50, the country has significantly eased its lockdown. School has resumed for some grades, businesses have reopened, and on Thursday beaches and outdoor markets are slated to reopen.

But in many large Jewish communities worldwide, the coronavirus is still wreaking a terrible toll. Among the 8 million Jews living in the Diaspora — more than Israel’s 6.7 million but less than its overall population of 9.2 million — the death toll is in the thousands and climbing.

It’s impossible to say exactly how many Jews have died of COVID-19 because governments don’t count the deaths of their Jewish citizens separately and, in most places, the Jewish community doesn’t have a full accounting of those who have lost their lives.

What’s clear is that the Jewish rate of death is exponentially higher in the Diaspora compared to Israel and that the virus is devastating the Jewish world. In many places, the infection and death rate among Jews is also far higher than the local non-Jewish population.

Here is a look at how some Jewish populations around the world are struggling with coronavirus.

In Britain, at least 366 Jews have died, representing about 1.7% of all deaths in a country where Jews comprise just 0.3% of the population. There are several theories for why the Jewish death rate is nearly six times higher than that of the general population, including their disproportionate representation in the hot spot of London, their relatively advanced age and failure early on to practice social distancing in some haredi Orthodox neighborhoods.

The dead have included Avrohom Pinter, one of the most influential rabbis in North London’s haredi neighborhood of Stamford Hill and the first British rabbi to serve as a town council member; philanthropist Irving Carter; and Yehuda Yaakov Refson, the senior Chabad rabbi in the city of Leeds.

The New York area is home to the largest Jewish community outside Israel, with an estimated 2 million Jews including the suburbs in Northern New Jersey, Westchester and Long Island. The virus has torn a path of destruction through these communities. As far back as mid-April, the haredi media were reporting more than 700 dead in New York City alone. According to city Health Department statistics, the Zip codes with the highest coronavirus infection rates track closely with the city’s Hasidic neighborhoods: Borough Park, Williamsburg and Crown Heights, all in Brooklyn.

Meanwhile, numbers show that at-home deaths in Borough Park and Williamsburg in March and early April were more than 10 times higher than during the same period last year. Most of those deaths were likely due to the coronavirus, New York City Mayor Bill de Blasio said.

Rabbi Mayer Berger, director of operations at the Chesed Shel Emes Burial Society in Brooklyn, said the number of Jewish dead has quadrupled since the onset of the pandemic, with the society handling 500 burial rites in the month between Purim and Passover. “It’s not in Iran and it’s not in Syria or videos from different countries where you see bodies lined up,” he told The New York Times. “This is New York.”

Some 320,000 people have tested positive for the virus in New York state and more than 19,500 have died, over 13,724 of them in New York City, home to over 1.2 million Jews. At the Parker Jewish Institute, a Jewish nursing home on Long Island, 179 patients reportedly tested positive for the virus and at least 57 died as of mid-April. Nurses reported wearing trash bags as protective gowns (the facility denied that was the case) and reusing masks due to equipment shortages.

In New Jersey, the state with the fourth-largest Jewish population, over 128,000 have tested positive and some 8,000 have died. More than 1,200 dead are from Bergen County, home to the largest Jewish community in the state.

Elsewhere in the U.S.

The U.S. has over 1.2 million confirmed cases and 70,000 confirmed deaths from coronavirus. The carnage that began in New York and at a few other hot spots is now spreading, fueled in part by the reluctance of some governors and mayors to enforce a lockdown.

In Massachusetts, the state with the third-highest infection rate, two Jewish senior living facilities from the same network near Boston reported at least 32 coronavirus deaths in mid-April. More than half of the 430 residents tested for the virus at nursing homes in that network tested positive.

After New York, New Jersey and Massachusetts, other states with the highest virus infection rates correlate closely with where Jews live: Pennsylvania, Illinois, California, Michigan and Florida. Together, these eight states are home to about 75% of America’s 7 million or so Jews. American Jews are also disproportionately older, with 26 percent over age 65, according to a 2018 study, making them at higher risk for death if they contract COVID-19.

In some states where governors are reopening businesses, like Texas, Georgia and South Carolina, synagogues are taking a more cautious approach and listening to health authorities who advise against reopening.

About a dozen or so Italian Jews are known to have died of COVID-19, which has killed 29,000 Italians. The Italian Jewish community repurposed a community website to memorialize the dead and has found other ways of maintaining Jewish community online. In Milan, the community organized the delivery of food and medicine to homebound older Jews. About 20,000 Jews live in Italy, with the largest community in Rome followed by Milan and Florence.

France’s Jewish community, estimated at 500,00, is the largest in Europe. It’s not clear how many are among the country’s 25,000 coronavirus deaths, but the Jewish section of the Thiais cemetery near Paris that had been built to last for years has filled up over the past few weeks and is nearing capacity.

The French association of Jewish doctors, AMIF, told Haaretz that the Jewish infection rate appeared to be disproportionately high, possibly because Purim celebrations served as a vector for the disease and because most French Jews live in Paris or Strasbourg, where infection rates are higher than in the rest of the country.

In March, Joel Mergui, a physician and president of the Consistoire organization that runs French synagogues, Jewish schools and kosher certification, gave a tearful radio interview from a hospital ICU to Radio J, a Jewish station, urging the community to abide by social distancing. He since has been released from the hospital. Among the community’s deaths from the virus is Andre Touboul, a Chabad rabbi who led one of France’s most prestigious high schools in Paris.

Unlike the rest of Europe, the Netherlands never ordered a coronavirus lockdown. A Jewish old-age home in Amsterdam, Beth Shalom, which has its own synagogue, community center and adjacent independent-living residence, took a similar approach. It stuck to its open-door policy until March 20, even as the country’s infection rate began climbing. As a result, it became the worst-hit Jewish institution, reporting 26 deaths to date out of a population of 120.

Now Beth Shalom is in lockdown, with many residents confined to their rooms. To help alleviate their loneliness, a Dutch-based company owned by an Israeli-Dutch businessperson sent a crane to the facility to lift family members to residents’ windows so they could visit without compromising safety.

About 40,000 Jews live in the Netherlands in a population of 17 million. The country has more than 4,500 reported deaths in total.

Though home to just 1,500-2,000 Jews among a population of 36 million, the community has lost a staggering 1% of its population — at least 15 deaths — after a wedding in the city of Agadir reportedly served as a vector for infection. Among the dead are two relatives of Israeli Labor Party leader Amir Peretz. Morocco’s total death rate is 180.

About 10 Jews have died from the coronavirus in Argentina out of a national death toll of about 260. With some 200,000 Jews, Argentina is home to the largest Jewish community in Latin America. Most live in Buenos Aires, which is also the country’s COVID-19 epicenter. The country of 40 million has been on lockdown since March 20, helping keep the national infection rate relatively low.