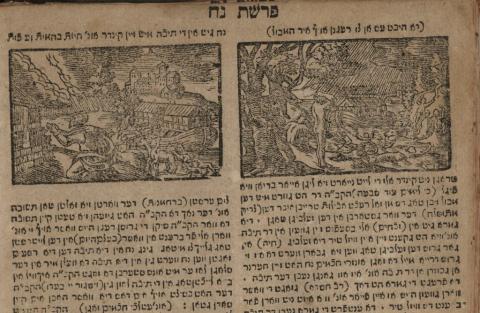 The National Library of Israel (NLI) and Google have announced that 120,000 books from the library’s collection will be uploaded to Google Books for the first time as part of their collaboration. "We are very happy to be working with Google in fulfilling our mission to open access to the treasures of Jewish, Israeli and universal culture for diverse audiences across the globe."

The books that are expected to be uploaded will, according to NLI, include all of the library’s out-of-copyright, royalty-free books which have not yet been digitized. Around 45% of the books are written, in Hebrew script, in Hebrew, Yiddish, Ladino and other languages of the Jewish world. The rest of the works are in a variety of languages, including Latin, German, French, Arabic and Russian.

The books are transported from Jerusalem’s NLI to Google’s digitation center in Germany via Rotterdam in secured, climate-controlled shipping containers. With thousands of books being shipped, scanned and shipped back each month, the process is expected to be completed within two years.“We are very happy to be working with Google in fulfilling our mission to open access to the treasures of Jewish, Israeli and universal culture for diverse audiences across the globe,” said Yaron Deutscher, head of digital access at the NLI. “More specifically, it is a significant contribution to our work opening digital access to all books published in the first 450 years of Hebrew printing.”According to Ben Bunnell, head of library partnerships at Google Books, “the Google Books project [was] launched 15 years ago with the aspiration of bringing the entire world’s books online and making them searchable and discoverable to everyone on Earth.”“We’re delighted that the National Library of Israel chose to join us in this endeavor,” Bunnell said. “This partnership brings a rich collection of Hebrew language materials to the corpus, and takes us a significant step closer to realizing our mission.”