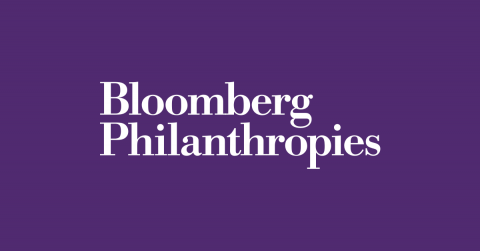 Twelve Israeli cities will seek to boost residents’ welfare by adopting an innovation map set out by Bloomberg Philanthropies, the charitable arm of former New York City mayor Michael Bloomberg. The initiative, to be implemented together with the Interior Ministry and the Peres Center for Peace and Innovation. will help municipalities find “creative ways to address complex challenges with limited resources,” said Michael Bloomberg, also the founder of Bloomberg LP, in a statement, at the launch of the program on Wednesday in Tel Aviv.

Called Hazira — the Arena in Hebrew — the program will seek to boost city and civic renewal in 12 municipalities across Israel over the course of five years, by, for example, boosting shared workspaces and entrepreneurial hubs, and creating affordable school lunches. It will build on the Innovation Teams program set up by Bloomberg already running in several cities. cities, with so called i-teams on the ground.

The new program was launched at The Peres Center for Peace and Innovation on Wedensday, attended by mayors and other leaders of the municipal and innovation ecosystem. It featured a video greeting by Michael Bloomberg and speeches by James Anderson, head of Government Innovation programs at Bloomberg Philanthropies; Mordechai Cohen, director general of the Interior Ministry; and Efrat Duvdevani, director general of the Peres Center for Peace and Innovation. Facebook Israel general manager Adi Soffer-Teeni gave the keynote speech.

The Interior Ministry will publish a call for applications for cities to join the Hazira program. Those that are accepted will hire a chief innovation officer who will work alongside a dedicated team of city employees — a so-called i-team — and will receive technical assistance and support to start implementing changes. The program will help map each city’s innovation strategy, providing specific examples of evidence and consistency of approach, the statement said.

“Cities are where the problems are — nearly half the world’s population lives in cities and that number is only expected to grow,” said Anderson in an email interview. “Increasingly, we’re seeing that local government is responsible for solving their residents’ most important challenges but often don’t have the resources to do so — from dedicated staff to the right tools. Our hope is that this program, building on previous successes, can address those challenges head-on.”

Bloomberg Philanthropies has already been working with Jerusalem and Tel Aviv since 2015 and Beersheba since 2017, and the program will be now expanding to other cities, “The three existing Israeli i-teams have been incredibly successful,” said Anderson in the interview. “This success is a large part of why our partners saw an opportunity to scale the program to the national level.”

In Tel Aviv, the i-team tackled the high cost of living for young families. Solutions included such money-saving initiatives as shared study spaces, peer-to-peer tutoring, youth-led summer camps, and an affordable school lunch program. These programs have the potential to save families as much as $1,400 annually per child, the statement said.

In addition, the team took steps to improve quality of life and social cohesion for residents of Neve Sha’anan, a neighborhood that is isolated from the rest of the city. The i-team helped to transform a derelict, crime-ridden central bus station in the neighborhood into a hub for entrepreneurial organizations and launch a new youth center with educational, cultural, and sports programming for adults as well as kids.

The i-team in Beersheba has secured grants to help small- and medium-sized businesses in the city. This includes funding to host a series of forums with business owners to create an online information hub for businesses, and a grant from the Israeli national government to develop a mixed-use “Innovation Quarter” to strengthen existing high-growth, knowledge-based businesses and attract new ones. In addition, the i-team is focused on fostering clean public spaces and is working with a private partner to support a renewal effort in the Bet neighborhood.

Jerusalem’s i-team has helped 600 entrepreneurs receive consulting services to strengthen their small businesses, secured $620,000 in funding from city hall to fund alumni programs and civic organizations for young professionals, and helped create a service delivery model that connects homeless youth to social services. To date, 700 unsheltered youths are being monitored and supported and the model has been adopted to serve at-risk ultra-Orthodox youth as well, the statement said.

The success of the Israeli i-teams is comparable to the work being done by similar teams around the world in places like Durham, North Carolina, and Los Angeles, California. said Bloomberg’s Anderson. “These teams in communities all over the world are applying the i-team model to take on issues like homelessness, police recruitment, and economic access and we’re seeing real results.”

There are three steps on the way to success, Anderson said: when the 12 new teams are set up in Israel, when these teams begin to use the tools they learned to “tackle real problems and start to deliver results for residents, and when the program ends in a few years, and the “teams become independently funded and the important work will carry on.” Because Israel “is one of the world’s most innovative and entrepreneurial nations,” said Anderson, “bringing a new way of working to local government” is in line with what the leadership seeks. “Support from all levels of government and partners will make it that much easier for municipalities to accelerate their innovation work.”

On Tuesday representatives from Bloomberg Philanthropies, the Interior Ministry and the Peres Center for Peace met with President Reuven Rivlin in Jerusalem to introduce him to the program. “Hazira is not only innovation, it can be a revolution. It is not simply a project; it is a thought, it is a way,” Rivlin said after the meeting, according to the statement.

Bloomberg Philanthropies has invested in 510 cities and 129 countries around the world to improve residents’ quality of life, the statement said. The organization focuses on five key areas for creating change: arts, education, environment, government innovation, and public health. In 2018, Bloomberg Philanthropies distributed $767 million in funds.