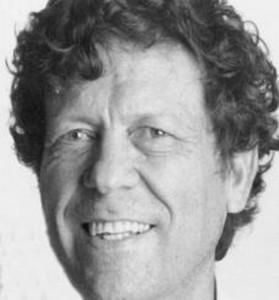 Danny Cohen’s name may not be familiar to members of the public, but people around the world have benefited from his pioneering research on computers. It is thanks to Cohen that we can make internet voice and video calls on platforms such as Skype, that we can watch YouTube videos or store data in the cloud, beyond the confines of our own computers. Cohen, who was born in Haifa, died in Palo Alto, California on August 12 at the age of 81. In his New York Times obituary, he was hailed for having “helped set the stage for the digital era.”

“His innumerable accomplishments in the computer sciences fields were enormous,” Prof. Yehoshua Kolodny, an Israel Prize laureate in earth sciences, remarked. “At my advanced age, I have had the privilege to meet a considerable number of brilliant people, including Nobel Prize winners,” but Cohen was a standout among those people of brilliance, he remarked.

Prof. Leonard Kleinrock, who is considered by some to be the “father of the internet,” said Cohen “had the uncanny ability to employ his deep mathematical intellect and insight to real world challenges, with enormous impact.”

Cohen was born in 1937. His father, David, immigrated to pre-state Israel from Russia and his mother, Dorit, came from Hungary. Danny Cohen was a member of the Hashomer Hatza’ir Zionist youth movement and attended the Hugim school in Haifa.

“We all knew in high school that Danny was an exceptional mathematician,” Kolodny recalled. Cohen’s friends at the time also included Amos Tversky, a founder of the field of decision-making in situations of uncertainty, and mathematician Ruth Sheshinski.

Cohen’s interest in computers was sparked by a newspaper article describing the computer as an electronic brain. “The idea of having a machine that acts like a brain was very fascinating, and that got me interested in the area,” he said in a 2011 interview with the Computer History Museum in Mountain View, California.

“Danny was a fearless, mischievous and non-conformist kid,” Kolodny recalled. In 11th grade, when Cohen’s class went to Kibbutz Misgav Am on Israel’s northern border, Cohen crossed the border into Lebanon and hiked to the Litani River. He later served in the Nahal Brigade as a parachutist and saw combat in the 1956 Arab-Israeli War. Following his army service, he was one of the founders of Kibbutz Horshim in the Sharon region.

In the 1950s, he studied mathematics at the Technion Israel Institute of Technology and was fascinated by the first computers he saw. He earned a bachelor’s degree from the Technion in applied mathematics and then did graduate work at MIT and Harvard. He did his doctoral work at Harvard under the guidance of Ivan Sutherland, considered the father of computer graphics. Together the two developed an algorithm that bears their names.

Cohen then got a job at the University of Southern California. In the 1960s, he worked on a number of developments in the field of information processing and computer communications that paved the way for the computers and internet of today. His first major innovation was a flight simulator. Cohen later earned a pilot’s license himself.

He was also in large measure responsible for the development of streaming technology, which makes it possible to receive a constant stream of data, such as live internet broadcasts or online movies. Looking back on his work in voice and video transfer technology, Cohen told Wired magazine that he and his colleagues at the University of Southern California were working for the university and didn’t patent anything. “With Skype and everything else out there, I guess you could say it was a $10 billion mistake, but that is the way I thought about it. We were academics.”

He was also heavily involved in the development of cloud computing technology that enabled a number of computers to be linked together to process and manage data. “Always remember that just because we don’t know how to do it is not a reason for us not to do it,” he told Wired, summing up his philosophy.

Cohen was member of the National Academy of Engineering in the United States and of the Virginia-based Internet Society’s hall of fame. Twice divorced, he and his first wife, Shoshana Brauner, had been in high school with him. They had a daughter, Orly, a mathematician who was killed in a traffic accident in 1993. She is survived by two children. Cohen is also survived by a son, David, from his second marriage to Delia Heilig.

Danny Cohen met Heilig on what in technology history is considered the first internet date. In 1973, they were brought together while both working on the Arpanet computer network that linked a number of universities and which ultimately became the internet.

Delia was doing night shifts as a computer operator and managed to solve a math problem that Cohen had posted. He was impressed and sought her out. Since there were only a few dozen computers in the network at the time, in short measure he found her in the building where he worked. “He found me up in the machine room and asked if I wanted to go flying,” she told an interviewer.