The Genetic Legacy of the Spanish Inquisition 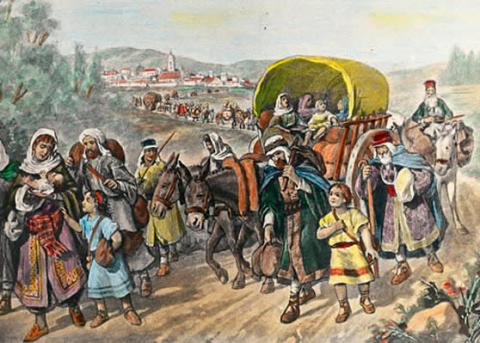 In 1492, best known as the year Columbus sailed the ocean blue, Spain also decided to expel all practicing Jews from its kingdom. Jews who did not leave—and were not murdered—were forced to become Catholics. Along with those who converted during earlier pogroms, they became known as conversos. As Spain expanded its empire in the Americas, conversos made their way to the colonies too.

The stories have always persisted—of people across Latin America who didn’t eat pork, of candles lit on Friday nights, of mirrors covered for mourning. A new study examining the DNA of thousands of Latin Americans reveals the extent of their likely Sephardic Jewish ancestry, more widespread than previously thought and more pronounced than in people in Spain and Portugal today. “We were very surprised to find it was the case,” says Juan-Camilo Chacón-Duque, a geneticist at the Natural History Museum in London who co-authored the paper.

This study is one of the most comprehensive genetic surveys of Latin Americans yet. The team also found a mix of indigenous American, European, sub-Saharan African, and East Asian ancestry in many people they sampled—a legacy of colonialism, the transatlantic slave trade, and more recent pulses of immigration from Asia. This is the history of Latin America, written in DNA.

In the case of conversos, DNA is helping elucidate a story with few historical records. Spain did not allow converts or their recent descendants to go to its colonies, so they traveled secretly under falsified documents. “For obvious reasons, conversos were not eager to identify as conversos,” says David Graizbord, a professor of Judaic studies at the University of Arizona. The designation applied not just to converts but also to their descendants who were always Catholic. It came with more than a whiff of a stigma. “It was to say you come from Jews and you may not be a genuine Christian,” says Graizbord. Conversos who aspired to high offices in the Church or military often tried to fake their ancestry.

The genetic record now suggests that conversos—or people who shared ancestry with them—came to the Americas in disproportionate numbers. For conversos persecuted at home, the fast-growing colonies of the New World may have seemed like an opportunity and an escape. But the Spanish Inquisition reached into the colonies, too. Those found guilty of observing Jewish practices in Mexico, for example, were burned at the stake.

Chacón-Duque and his colleagues pieced together the genetic record by sampling DNA from 6,500 people across Brazil, Chile, Colombia, Mexico, and Peru, which they compared to that of 2,300 people all over the world. Nearly a quarter of the Latin Americans shared 5 percent or more of their ancestry with people living in North Africa and the eastern Mediterranean, including self-identified Sephardic Jews. DNA alone cannot prove that conversos were the source of this ancestry, but it fits with the historical record. This pattern of widespread but low North African and eastern Mediterranean ancestry in the population suggests that its source is centuries old, putting the date around the early days of New Spain. In contrast, more recent immigration to Latin America from Italy and Germany in the late 19th century shows up concentrated in relatively few people in a few geographic areas.

Geneticists have also noticed rare genetic diseases prevalent in Jews popping up in Latin America. “It’s not just one disease. It’s like, wow, this isn’t a coincidence,” says Harry Ostrer, a geneticist at Albert Einstein College of Medicine. In 2011, Ostrer and his colleagues decided to study two populations—in Ecuador and Colorado—with unusually high prevalence of two mutationsoften found in Jews. (One mutation was in the breast-cancer gene BRCA1, and the other caused a form of dwarfism called Laron syndrome.) And indeed, they found enriched Sephardic Jewish ancestry in the 53 people they tested. With advances in DNA technology, Chacón-Duque and his colleagues were able to carry out similar research, but on the scale of thousands of people.

The idea of Jews secretly living in the New World has attracted considerable mythologizing. Some of it verges into fanciful territory, like the rumors that Christopher Columbus was secretly a Jew looking for a place of refuge for his people. The Atlantic actually published a takedown of some of these stories in 2000, attributing the Jewish-seeming customs of “hidden Jews” in New Mexico to folk beliefs and the Church of God (Seventh-Day). DNA has borne out the fact that the conversos were ancestors to people in Latin American and the American Southwest today, leaving their descendants with the question of what to do with that identity.

By the 17th century, Graizbord says, most conversos had assimilated and lost any connection to Jewish customs. Today, some of their descendants are reclaiming their Jewish identity. They can join Jewish genealogy groups. Some have even converted to Judaism. DNA tests are fanning interest, too. Alexandria Ocasio-Cortez, the New York politician whose family comes from Puerto Rico, recently revealed during a Hanukkah event that she has Sephardic Jewish ancestry.

Before Chacón-Duque joined this study as a scientist, he had actually submitted his own DNA as a participant. He, like the thousands of others who volunteered, was curious about his own ancestry. He grew up in northwest Colombia, and he had heard the stories. It was a local custom to slaughter a pig for festivities, and it was said that you ate pork publicly to prove you were not a Jew. From that and other tales passed through his family, he had wondered. It turns out he has converso ancestry, too.