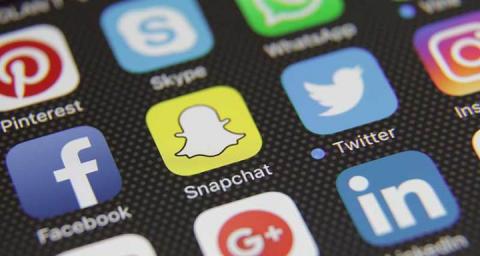 Facebook is onto us? It’s onto me, anyway. I am merely one anecdata point among billions, but I’m sure I’m not the only Facebook user who has found herself shying away from the very public, often performative, and even tiring habit of posting regular updates to Facebook and Instagram. Over the past year I’ve found myself thinking not about quitting social networks, but about redefining them. For me, that process has involved a lot more private messaging.

Facebook, it seems, has noticed. Last week, The New York Times reported that Facebook chief executive Mark Zuckerberg plans to unify Facebook Messenger, WhatsApp, and Instagram messaging on the backend of the services. This would make it possible for people relying on different flavors of Facebook apps to all gorge at the same messaging table. On the one hand, the move is truly Facebookian—just try to extricate yourself from Facebook, and it will try every which way to pull you back in. On the other hand, it makes sense for Facebook for a few reasons.

My personal relationship with Facebook is multi-faceted. I have a personal account and a journalist’s page. I also use Instagram and WhatsApp. But last year, I let my professional page languish. I stopped posting to my personal feed as frequently. Instead I turned to private messaging.

During a trip to Europe last fall, I shared everything I felt compelled to share with a small group of people on Apple Messages. The excursion to see one of the largest waves ever surfed by a human? I shared the photo in a private Slack message with coworkers, instead of posting on Facebook. Wedding photos no longer go up on Instagram. During the holidays, I happily embrace my role as halfway-decent photographer, but when I share the photos with friends and family, it's only through Messages, WhatsApp, or private photo albums.

These tools have become my preferred method of communicating. It’s not some big revelation, or even anything that’s new; peer-to-peer messaging, or at least the guise of “private” messaging, is as old as the consumer internet itself. When our worlds expand in a way that feels unmanageable, our instinct is sometimes to shrink them until we’re comfortable again, for better or worse. Remember Path, the social network limited to just your closest circle? That didn’t work out, but the entire app was built upon the Dunbar theory that our species can’t handle more than 150 close friends. There just might have been something to that.

“I think a lot of people experience this,” says Margaret Morris, a clinical psychologist and author of Left to Our Own Devices. “When you post something in such a public way, the question is: What are the motivations? But when it’s in a private thread, it’s: Why am I sharing this? Oh, it’s because I think you’ll like this. I think we’ll connect over this. The altruistic motivations can be far more clear in private messaging.”

Of course, “altruism” in this case only applies to the friends exchanging messages and not the messaging service providers. Facebook’s efforts to unify its messaging platforms are at least partly rooted in a desire to monetize our activity, whether that’s by keeping us engaged in an outward-facing News Feed or within a little chat box. And there’s a major distinction between so-called private messages and what Morris calls “Privacy with a capital P.”

“There’s one kind of privacy, which is: what does my cousin know, or what does my co-worker know,” Morris says, “And then there’s the kind of privacy that’s about the data Facebook has.” Facebook’s plan is reportedly to offer end-to-end encryption on all of its messaging apps once the backend systems have been merged. As my WIRED colleague Lily Newman writes, cryptographers and privacy advocates already see obvious hurdles in making this work.

That’s why I often use Apple’s Messages and even iCloud photo sharing. There’s an explicit agreement that exists between the service provider and user: Buy our ridiculously expensive hardware, and we won’t sell your data. (While iCloud has been hacked before, Apple swears by the end-to-end encryption between iPhone users and says it doesn’t share Messages data with third-party apps). But just using Messages isn’t realistic, either. The platform is only functional between two iPhones. Not everyone can afford Apple products, and in other parts of the world, such as China or India, apps like WeChat and WhatsApp dominate private messaging. That means you’re going to end up using other apps if you plan to communicate outside of a bubble of iPhone lovers.

But beyond privacy with a capital P—which is, for many people, the most important consideration when it comes to social media—there’s the psychology of privacy when it comes to sharing updates about our personal lives, and connecting with other humans. Social networks have made human connections infinitely more possible and also turned the whole notion upside down on its head.

Morris, for example, sees posting something publicly to a Facebook feed as a yearning for interconnectedness, while a private messaging thread is a quest for what she calls attunement, a way to strengthen a bond between two people. But, she notes, some people take a screenshot from a private message and then, having failed in their quest for attunement, publish an identity-stripped version of it to their feed. Guilty as charged. Social networking is no longer just a feed or an app or a chat box or SMS, but some amalgamation of it all.

Posting private messages publicly is not something I plan to make a habit of, but there is still the urge sometimes to share. I’m still on Twitter. I’ll likely still post to Facebook and Instagram from time to time. At some point I may be looking for a sense of community that exists beyond my own small private messaging groups, for a tantalizing blend of familiarity and anonymity in a Facebook group of like-minded hobbyists. For some people, larger social networking communities are lifelines as they struggle with health, with family, with job worries, with life.

But right now, “private” messages are the way to share my life with the people who matter most, an attempt to splinter off my social interactions into something more satisfying—especially when posting to Facebook has never seemed less appealing.