"Pure meat" according to Israeli technology 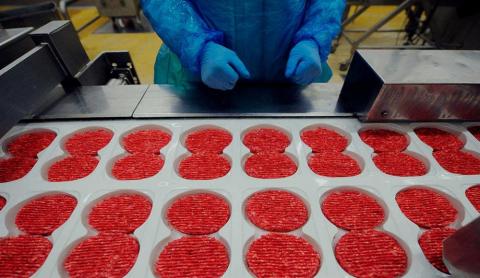 With the world’s already booming population expected to explode to a staggering 9.8 billion people by 2050, our current unsustainable food system ruled by industrialized animal agriculture will not be able to feed everyone. This has caused a number of forward-thinking scientists and investors to look to meat and dairy alternatives, including lab-cultured “clean meat,” a quickly-growing industry expected to reach a value of $20 million by 2027.

Bill Gates, Richard Branson, and meat production giants Cargill and Tyson have all invested in “clean meat,” seeing it as a solution to feed the world of the future. And now that future may be even closer than we realized, as clean meat manufacturer Future Meat Technologies predicts their products could be competitively priced to traditional meat in as little as six to eight months!

Professor Yaakov Nahmias, founder of Israel-based Future Meat Technologies, told Food Navigator that he believes they can lower the current price of their slaughter-free meat from the current $800/kilo price to just $8/kilo in as early as six to eight months. The company, which is currently focusing on creating cultured beef and poultry, is already working on getting their products into the restaurant market. They also plan on increasing production from several kilos per week to several tons per week over the next year. These advancements will be possible thanks to a $2.2 million investment the company received from several groups, including Tyson.

Nahmias added that he believes “animal agriculture has really reached capacity” and in order to ”feed more people and grow new markets,” investors should look toward “emerging technologies.”

Considering industrialized animal agriculture is laden with animal cruelty and contributes greatly to mass deforestation, including of rainforests, air and water pollution, greenhouse gases, and climate change, slaughter-free meat is a much-welcomed addition to the food space, and we cannot wait to see what the (near) future holds for slaughter-free meat.