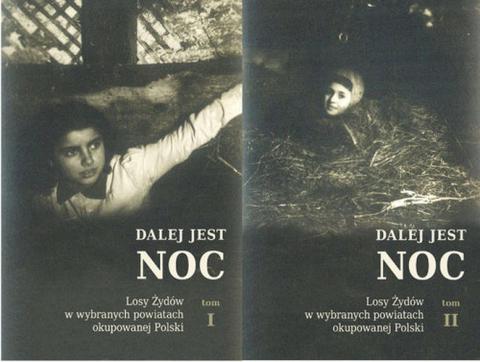 According to new research done in Poland, two thirds of the local Jews who hid there from the Nazis did not survive the war, mostly because of the actions of their non-Jewish neighbors. The figure comes from a two-volume work of 1,600 pages that historians from the Warsaw-based Center for Research on Holocaust of Jews have compiled over the past five years. It covers nine out of Poland’s 13 regions, the Tok FM radio station reported Sunday.

Arriving amid a polarizing debate in Poland over a law that limits rhetoric on Polish complicity in the Holocaust, the study suggests Poles are responsible for hundreds of thousands of deaths by Jews in the Holocaust — a figure that is significantly higher than previous estimates.

The findings of the research were published earlier this year in a Polish-language book titled “The Fate of the Jews in Selected Regions of Occupied Poland.” They pertain to the fate of more than one million Jews who went underground to avoid being killed in Operation Reinhard — Nazi Germany’s campaign of annihilation of 3.3 million Jews in occupied Poland.

According to Polish Chief Rabbi Michael Schudrich, no more than 2,500 Jews died at the hands of Poles during the Holocaust or immediately after it. Efraim Zuroff, Eastern Europe director for the Simon Wiesenthal has disputed Schudrich’s estimate: He believes the correct figure is “many thousands” of people, including in at least 15 towns and cities in eastern Poland, where non-Jews butchered their Jewish neighbors.

But if the new study in Poland is correct, then those estimates are just a fraction of a tally of well over half a million Jewish Holocaust victims who died as a result of the actions of non-Jewish Poles.

The issue of Polish complicity in the Holocaust is highly controversial in Poland, where the Nazis killed three million non-Jews in addition to about four million Jews. In January, the right-wing government passed a law criminalizing blaming Poland for Nazi crimes. Protests by Israel, the United States and Jewish groups over this law prompted what observers say is a wave of anti-Semitic hatred with unprecedented intensity since the fall of communism in Poland.

The government is also leading a campaign that celebrates the actions of Poles who risked their lives to save Jews. The Yad Vashem Holocaust museum has recognized more than 6,000 Poles for such actions – the highest number of any nation.

Especially dangerous for Jews in hiding were small Polish towns, according to historians Barbara Engelking and Jan Grabowski, two of the nine researchers who conducted the study. They called them “death traps,” TOK FM reported.

Grabowski is professor of history at the University of Ottawa in Canada and a dean among Holocaust historians, especially on the actions of bystanders. His 2014 book, “Hunt for the Jews: Betrayal and Murder in German-Occupied Poland,” was the Yad Vashem International Book Prize winner for the same year. He also served as a fellow at the U.S. Holocaust Memorial Museum.

The latest research entailed identifying, interviewing or reviewing interviews with as many survivors as possible to ascertain the fate of other Jews in hiding who did not survive, the report said. It also features newly discovered archives from remote areas of Poland from the Nazi occupation days and thereafter.

In one region, Miechów, more than 10 percent of the Jews in hiding were murdered directly by partisans who were members of the Polish underground, according to the study.