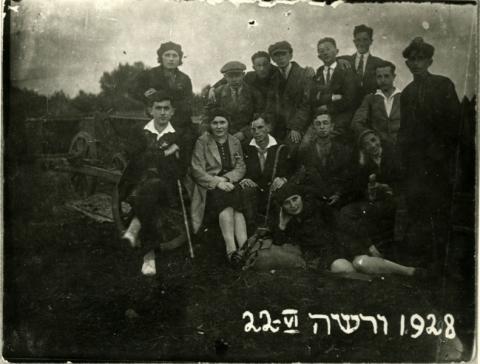 Three new exhibitions at the Ghetto Fighters’ House Museum seek to approach the topic of the Holocaust via angles that will be relatable to the young generation. “All the three exhibits we are opening in this month and a half have something in common,” Dr. Anat Livne, director of the Ghetto Fighters’ House Museum in the North, told a delegation of foreign journalists who toured two of the exhibits earlier this month. “All talk about the people who lived there, what happened to them and how and what their message to us could be for the future.”

One of the exhibitions, which was not yet open at the time of the tour, focuses on the Eichmann trial and features the glass cage in which Adolf Eichmann sat during his trial in Jerusalem. Leaders of the Warsaw Ghetto Uprising, who were among the founders of the museum, requested the glass booth, which has been exhibited in the US for the past two years. The exhibition included official documents that were used in the trial, texts written by Eichmann and audio recordings of witnesses’ testimonies.

A second temporary exhibition comprises of a memorial for child Holocaust victims, who were sent from Holland to death camps. While Anne Frank appears in the exhibition – she is unique in that people around the world are familiar with her life story. However there is almost no memory of most of the other children, and Dutch researcher Guus Luijters set out to change that, after having cycled through a deserted Jewish neighborhood in Amsterdam as a child in 1949.

Over 19,000 Jewish, Roma and Sinti children were deported from the Netherlands in a total of 102 transports. Only some 1,000 of them returned. The exhibition gives names and dates and places of birth and death of 17,964 of the murdered children in an effort to make them visible again after the Nazis tried to destroy every trace of them. Luijters gathered whatever information he could find about the children and also tracked down photographs, school reports, postcards and drawings for some. There are photographs of 3,000 children in the exhibition, and after it was displayed in Amsterdam, 700 new pictures were added to the collection, after people came forward with them.

The third exhibition is a permanent one. It looks at the Warsaw Ghetto from a human angle, exploring the daily lives of the Jewish population before and during the Holocaust. Titled Jewish Warsaw: A Story of the Human Spirit, the exhibition seeks to present lesser-known aspects of the Jewish community in Warsaw before and during World War II – the richness of prewar Jewish life and the complexity of life in the ghetto. Diaries, letters, photographs, film clips and artifacts, many of which come from the archives of the Ghetto Fighters’ House Museum provide a glimpse into the daily lives of Jews who lived in Warsaw at that time.

The exhibition takes visitors through three chapters of Holocaust history, each represented in a different space: Jewish Warsaw on the eve of World War II, the occupation and the ghetto. The exhibition highlights the diverse culture, spiritual creativity, and political unrest of the time, and sheds light on ways in which members of the Jewish community coped and helped each other, alongside other human manifestations of helplessness and even corruption.

In prewar Poland, there were 360,000 Polish Jews who lived in Warsaw –  about a third of the city’s population. “We understand what we lost and what could have been,” says educator Idan Zaccai, who gave the delegation of journalists a guided tour of the exhibition. Tal Kobo, the exhibition curator said: “We are familiar with the history of World War II from visiting other Holocaust museums. This exhibition is the story of life, although we are accustomed to hearing a story about annihilation. Here, we give a platform for a chapter in the story that is often neglected – life, its richness and complexity, and those turbulent years that preceded the outbreak of World War II. In this exhibition, we present this richness, of which very little documents remain.”