Why Did Israel Let Mengele Go? 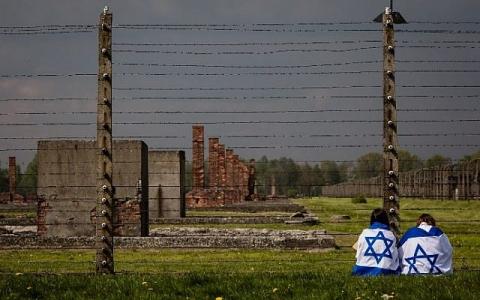 For decades, Israel’s espionage agency, the Mossad, kept a file on Josef Mengele, the Nazi doctor responsible for, among other atrocities, selecting which new inmates at Auschwitz would die immediately in the gas chambers and which would be put to work first or subjected to his horrible “medical” experiments. The file is thousands of pages long and documents the Mossad’s efforts to capture or assassinate the war criminal: countless hours of labor, huge sums of money, scores of agents and sources, wiretaps, break-ins, secret photographs and just about every other ploy in the espionage tool kit, including recruiting Nazis and journalists.

It all amounted to nothing. Mengele never saw justice. For the first time, it’s possible to say why the Mossad failed to apprehend the man who was perhaps the most wanted Nazi to survive World War II. Documents and interviews reveal that contrary to popular belief, for most of the time that Mengele was in hiding, the Mossad wasn’t looking for him at all — or placed finding him far down its to-do list. My new research sheds light on a time when realism and maturity shaped the agency’s priorities, rather than an understandable desire to spill Nazi blood.

Successive prime ministers of Israel, acting on the recommendations of successive Mossad directors, had the wise judgment to have the agency focus its efforts on more urgent matters and allot limited — if any — resources to the manhunt. The capture, trial and execution in the early 1960s of Adolf Eichmann, the bureaucratic organizer of the Holocaust, led many people to believe that the Mossad would next want to get its hands on Mengele. Many in Israel and around the world figured that the Mossad would have no trouble doing so. But the truth was that for years, the leaders of the government and the agency were simply not all that interested.

Mengele fled Germany to Argentina in 1948, using false documents given to him by the Red Cross. (According to the Mossad’s file, the organization was aware that it was helping a Nazi criminal escape justice.) In Buenos Aires, he lived at first under an assumed name, but later reverted to his own name. He even had a nameplate on his door: Dr. Josef Mengele.

Though much about his wartime activities was known, the German government had not requested his extradition, and even supplied him with documents clearing him of a criminal record. The German ambassador in Buenos Aires is quoted in the Mossad file on Mengele as saying he received orders to treat Mengele as an ordinary citizen since there was no arrest warrant for him. When, finally, a warrant was issued in 1959, Mengele caught word. He went into hiding, first in Paraguay and then in Brazil.

The Mossad began pursuing Mengele in 1960 based on tips from Simon Wiesenthal, the celebrated Nazi hunter. In 1962, the agency recruited Wilhelm Sassen, a former Nazi and an acquaintance of Mengele’s, who provided information indicating that Mengele had found refuge among a group of Nazis and their sympathizers near São Paulo. Soon after, a Mossad surveillance team saw a man matching Mengele’s description enter a pharmacy owned by a person who was known to be in touch with him. On July 23, 1962, the Mossad operative Zvi Aharoni (who had identified Eichmann two years earlier) was on a dirt road by the farm where Mengele was believed to be hiding when he encountered a group of men — including one who looked exactly like the fugitive.

The Mossad’s South American station chief cabled the headquarters in Israel: “Zvi saw on Gerhard’s farm a person who in form, height, age and dress looks like Mengele.” It later turned out that he was indeed Mengele. Speaking to me in 1999, Aharoni told me: “We were in an excellent mood. I was certain that in a little while we would be able to bring Mengele to Israel to be tried.”

But the head of the Mossad at the time, Isser Harel, ordered the matter dropped: On the same day, the agency had learned that Egypt was recruiting German scientists to build missiles; disposing of them was Harel’s top priority. The Mossad was still a young agency, short of resources and manpower. Moreover, as Aharoni later put it in testimony for the Mossad’s history department, “When Isser began dealing with something, he dealt only with that.” In addition, the agency had been blindsided, knowing nothing about the German scientists and the missiles they were building for Israel’s biggest enemy. Harel mobilized the entire agency to deal with it.

Half a year later, Harel was replaced by Meir Amit, who ordered the Mossad to “stop chasing after ghosts from the past and devote all our manpower and resources to threats against the security of the state.” He mandated that the agency deal with Nazis “only to the extent it is able to do so, in addition to its principal missions” and as long as “it doesn’t impinge on the other operations.” With the backing of Prime Minister Levi Eshkol, Amit focused on the Egyptian missile program until that threat was resolved (with the help of a former high-ranking Nazi), and then on gathering intelligence on the Arab states that proved critical to Israel’s victory in the 1967 war.

Amit withstood pressure from many members of his staff who were Holocaust survivors or relatives of victims. But others thought he was right. Rafi Eitan, an Israel-born Mossad operative who led the team that caught Eichmann, told me: “Because of the need for foreign-language speakers, many of the Mossad’s recruits were from Europe, and therefore had gone through the Holocaust or lost their families in it. One can definitely understand their need for vengeance. However, there was huge pressure to deal with current requirements, and with the resources being as meager as they were, in no way would it have been right to give the Nazi matter priority.”

In 1968, the Mossad received fresh confirmation that Mengele was living on the farm near São Paulo, sheltered by the same people who had been under surveillance six years earlier. “We have never been so close to Meltzer,” a Mossad operative wrote to Amit, using Mengele’s code name. The operative asked permission to nab one of those people and torture him to find Mengele. But his superiors were worried by his eagerness, ordered him back to Israel and replaced him.

By then, Palestinian terrorism had become Israel’s main security challenge, and the Mossad devoted most of its efforts to that threat. For the next 10 years, backed by Eshkol and his successors as prime minister, Golda Meir and Yitzhak Rabin, almost nothing was done about Mengele. The surge in terrorism, the surprise Yom Kippur War in 1973 and the Syrian military buildup with Soviet assistance took precedence.

When Menachem Begin came to power in 1977, he wanted a change. He made that clear in an early meeting with Yitzhak Hofi, who was then the director of the Mossad. “When Begin came in, he thought that not enough was being done and that there was a need to go on hunting Nazis,” Hofi later said in a classified interview with the Menachem Begin Heritage Center. “I told him, ‘Prime minister, today the Mossad has other missions that concern the national security of the people of Israel today and tomorrow, and I give preference to today and tomorrow over yesterday.’ ” Begin didn’t appreciate that response. “In the end we decided that we would focus on one more target, Mengele, but Begin, who was a very emotional man, was disappointed,” Hofi said.

For Begin, getting to Mengele was not just a matter of the past. He equated Yasir Arafat with Hitler. “Unlike other Israelis, who saw the Holocaust as a one-time historical catastrophe,” said Shlomo Nakdimon, a prominent Israeli journalist who was close to Begin, “Begin believed with all his heart that the lesson of the Holocaust is that the Jewish people must protect themselves in their own country in order to prevent a renewed threat to their existence.” Begin thought settling the score with Mengele would show Palestinian leaders (and the Israeli public) that they would have to pay a price for harming Israelis. His attitude was reflected in a message he sent to President Ronald Reagan when he sent the Israeli Army into Lebanon in 1982, saying that he felt as if “I have sent an army to Berlin to wipe out Hitler in the bunker.”

The prime minister wasn’t satisfied with Hofi’s verbal agreement to find Mengele. In July 1977, the cabinet’s security committee secretly approved a proposal from Begin “to instruct the Mossad to renew its search for Nazi war criminals, in particular Josef Mengele. If it is not possible to bring them to trial, to kill them.” The pursuit resumed with a vengeance. In 1982, the agency even considered abducting a 12-year-old boy and threatening to take his life unless his father, Hans-Ulrich Rudel, a devoted Nazi and a childhood friend of Mengele’s, gave them the information that could lead to his capture. (In the end, Rudel died before the Mossad decided whether to go through with the operation.)

The same year, the Mossad hoped to tap phone conversations between Mengele and his son, Rolf, who was living in West Berlin. The two were born on the same day, and the Israelis hoped they would call each other to say happy birthday. Cold War Berlin was inundated with spies, and the Mossad preferred when possible not to work there. But they calculated that “this may be the last opportunity” to hear from Mengele. Israeli operatives installed listening devices in Rolf’s home and office, and in his phones.

It was too late. Mengele had died a free man in 1979 while swimming off one of São Paulo’s beaches. Looking back, some former Mossad officers expressed regrets. Mike Harari, the chief of the agency’s special operations unit, Caesarea, in the 1970s, told me shortly before he died in 2014 that he wished they had pursued him: “As long as there’s still a Nazi breathing in any corner of the world, we should have helped him stop breathing.”

I am not sure I agree. I’m the son of two Holocaust survivors. As a child I heard from one of my parents’ best friends about living through Mengele’s infamous selection process at Auschwitz. He haunted my nightmares. So, of course, I feel angry at the German government’s lack of action in the early years after World War II and frustration at the Mossad’s failure to bring him to justice. Still, I believe that the decision not to prioritize capturing him was the right one. Every intelligence operation carries risks. The Mossad’s approach to Mengele shows prudence and pragmatism on the part of the agency’s leaders — in contrast with Begin’s emotionalism.

The capture and trial of Eichmann — and his execution — were enough to teach the world about the Holocaust and to convey the message that Jewish blood cannot be spilled with impunity. From that point on, it would have been better if the Mossad had let the past go. Nazis no longer posed a threat. And there is no lack of present-day enemies who did and apparently always will.