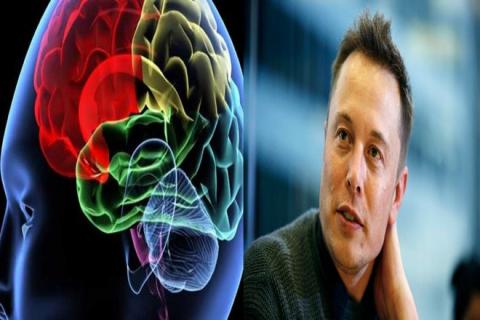 Elon Musk sleeps only 6 hours a day. He runs Tesla, which builds automobiles and makes batteries. He also runs SpaceX, which is about to break all the rules of space travel by using a recycled rocket to lift a satellite into space. He is the person who first envisioned the Hyperloop. He wants to build space colonies on Mars so when human beings destroy the earth, a few lucky (and extremely wealthy) souls will have a life boat available. Just last year he decided to start boring tunnels underground in an effort to finally solve the insane traffic snarl that is Los Angeles. In his spare time, he thinks about artificial intelligence.

Musk is pushing hard to make Tesla automobiles the first production cars that can operate without any input from a human driver, a process that requires a supercomputer to make the billions of calculations a second required to drive around without bumping into things. He is the one of the founders, along with Y Combinator’s Sam Altman, of OpenAI, a project designed to explore how to develop artificial intelligence that doesn’t turn on its masters as happened in the movie I, Robot.

At last year’s Code Conference sponsored by ReCode, Musk had an earful for those in attendance as he talked about the interface between computers and the human brain. Here are part of his remarks as reported by TechCrunch.

“The fundamental limitation is input/output. We’re already a cyborg, I mean you have a digital or partial version of yourself in the form of your emails and your social media and all the things that you do and you have basically superpowers with your computer and your phone and the applications that are there.

“You have more power than the president of the united states had 20 years ago. you can answer any question, you can video conference with anyone anywhere, you can send a message to anyone instantly, you can just do incredible things. But the constraint is input/output. We’re I/O bound – particularly output bound.

“Your output level is so low, particularly on a phone, your two thumbs sort of tapping away. This is ridiculously slow. Our input is much better because we have a high-bandwidth visual interface to the brain, our eyes take in a lot of data. So there’s many orders of magnitude difference between input and output. Effectively merging in a symbiotic way with digital intelligence revolves around eliminating the I/O constraint, which would be some sort of direct cortical interface […] a neural lace.”

Yesterday, Musk announced a new venture called Neuralink, a California medical research company that will explore how to physically interface computers and the human brain, presumably to speed up the output speed of the brain far beyond the few bytes a second it is capable of now. The new startup company will develop “neural lace” technology, which is sci-fi shorthand for linkages that permit humans to seek self improvement through technology connections. A neural lace would involve electrodes that move thought messages from the brain to a computer and back again faster than ever before possible.

In February, Musk told the World Government Summit in Dubai that humans need to avoid becoming redundant as artificial intelligence becomes more commonplace in our world. Neuralink is Musk’s first step toward merging humans with software to keep abreast of artificial intelligence innovations. Musk hasn’t said so explicitly but he has to be thinking that lots of creative people with enhanced cognitive capabilities could solve many of the global challenges that confront mankind like global warming much more quickly and efficiently.

Musk is not the only one involved in such research. Braintree co-founder Bryan Johnson has created his own startup called Kernel that is also looking into way to improve human cognition. The point, claims The Verge, is not to prevent AI bots from taking over the world but rather to “take the first steps toward hacking the brain, so to speak, so that human beings can in the future stay healthier for longer and potentially enjoy the benefits of treating the human brain like a computing platform.”

We are a long way from implanting computer chips inside our skulls. Neuroscience still has only the most rudimentary understanding of how the human brain works. “People are only going to be amenable to the idea [of an implant] if they have a very serious medical condition they might get help with,” Blake Richards, a neuroscientist and assistant professor at the University of Toronto, told The Verge in an interview earlier this year. “Most healthy individuals are uncomfortable with the idea of having a doctor crack open their skull.”

Musk’s Vision Of The Future

But Musk is always years, if not decades, ahead of the curve. He can see the day coming where medical science could advance to the point where it would be possible to wire up our brains so they could process information more quickly. A man who thinks about building space colonies on Mars can truly be said to have his eyes on a very distant horizon.

He freely admits that space colonies may not even happen in his lifetime, but that hasn’t stopped him from taking the first steps toward getting there. (Musk says the way to warm up Mars to make it habitable for humans is to explode a few hydrogen bombs above the planet’s surface. After all, he points out, the sun is just a really, really big hydrogen bomb 93 million miles away.)

According to The Verge, “Neuralink and Kernel are trying to accelerate progress in this field using a mix of financial resources and a kind of brain trust approach to innovation. The idea is that if you put enough talented people with enough money in one place, you can achieve breakthroughs that otherwise would take years for traditional research organizations.” If those people could just learn to turbocharge their own brains by interfacing with computers, those breakthroughs would come all that much faster.