The complexities of Jewish solidarity in the Holocaust 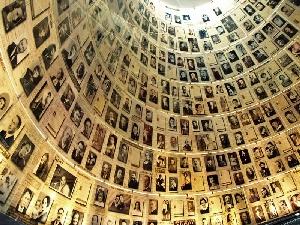 Moreover, unity in one direction would sometimes come at the price of a lack of solidarity in another direction. People could be affected in different, even opposite ways, by any individual or group action. As the theme of this year’s Holocaust Remembrance Day, an exploration of solidarity sheds significant light on the subject of Jewish responses to the Holocaust. In the early years of the Nazi regime, cohesiveness was a major theme for German Jewry. Indeed, one of the great challenges was to create community-wide response and unity where little, if any, had existed before. The community’s leadership did much to further this goal, establishing and expanding already existing frameworks for education, welfare and artistic expression that strove to serve all. Even after the final phase of destruction began in autumn 1941, great – albeit less effective – efforts were made to continue providing for the community.

The ghettos under the Nazis differed greatly, yet where it was possible, solidarity was not infrequently nurtured. In the Warsaw Ghetto, for example, where many were alienated from the Jewish Council, on a smaller, local scale, house committees valiantly organized mutual aid. Of course, with the advancing hunger and disease, and then the advent of deportations to Treblinka, these committees’ effectiveness waned.

In the face of starvation, even normative family concern could be difficult to maintain. In his diary from the Lodz Ghetto, the young David Sierakowiak illustrates this. He describes how omnipresent hunger drove his father to eat more than his share of the family’s food, leaving less for his wife and children, whereas his mother willingly ate less so her children would have more, and how this led to the weakened state that culminated in her relatively early deportation to death.

In many situations, community-wide action of any kind was nearly impossible to achieve. Yehuda Bauer, in his book The Death of the Shtetl, makes such a case for Eastern Poland, where the period of Soviet occupation before the Nazi conquest destroyed Jewish community life. Thus, when the Nazis arrived with their machinery of murder, there was no existing basis on which to cultivate mutual aid. Yet, as Bauer writes, although there was no support network in these areas, there were significant attempts to organize armed resistance, certainly an expression of mutual concern and cooperation.

FREQUENTLY UNITY came with a price. Many young people refused to consider flight or armed resistance, because they would not leave their families in dire circumstances.

Repeatedly, young Jews accompanied their families to extermination camps because of family bonds. One could say that a similar sense of solidarity drove other parents to encourage their older children to strike out on their own, or place younger children with non-Jewish strangers, hoping they might survive to continue the family.

Because solidarity was often limited, in the sense that it could not include everyone in a given situation, there was sometimes an additional price. With the all-pervading brutality of the period, many are the examples in which the members of one group helped each other at the expense of those who were not part of the group.

Not infrequently camp survivors tell of getting a better job with the help of someone from their community, youth organization or political party, and how that job contributed to their survival. Of course, if they got the job someone else did not, and this usually anonymous person paid the price accordingly.

A significant expression of Jewish unity was some Jewish partisans’ creation of family camps. Men like the Bielski brothers, who could have concentrated exclusively on fighting and their own survival, instead focused on rescuing Jews and taking care of them. In the case of the Bielskis, they protected some 1,200 Jews.

While these family camps were not idyllic, and there were tensions between various groups and individuals, their existence must not be taken for granted. The fact that some Jewish partisan leaders made rescuing whomever they could their main priority says much about their dedication to traditional Jewish values. Similar values came into play in Jewish undergrounds that emphasized rescue of fellow Jews. Such groups existed in France, Hungary, Belgium, the Netherlands and other places.

THERE ARE certainly other illustrations from the Holocaust that embody solidarity. Working to help arm the underground in Auschwitz-Birkenau, four young Jewish women – Roza Robota, Ala Gertner, Estusia Wajcblum and Regina Safirsztajn – were caught trying to smuggle chemicals necessary for manufacturing primitive explosives.

Although interrogated and tortured, they refused to give the names of other underground members before their execution. When Janusz Korczak and Stefania Wilczynska decided to eschew offers of escape from the Warsaw Ghetto and accompanied the children of their orphanage to their deaths in Treblinka, this was an act of profound responsibility, altruism and solidarity.

Similar and much less known is the story of Aron Menczer, the head of Youth Aliya in Vienna. Menczer accompanied a group of Jewish youth from Vienna to Palestine before the war, but he returned home to continue his work organizing the emigration of young Jews.

In 1942, he was deported to Theresienstadt, where he again worked selflessly with children. At one point, Menczer became responsible for a group of 1,260 orphans sent there from the Bialystok ghetto. In November 1943, the children were sent to Auschwitz- Birkenau. Menczer went with them voluntarily rather than abandon them to their fate. The day after their arrival, he and his charges were murdered.

There is no question that mutual aid was a crucial factor in the story of many Holocaust survivors. At the same time, we must be careful not to idealize Jewish solidarity during the Holocaust, and we have no real choice but to recognize that at times it took on some of the moral ambiguity of the period. Perhaps it is fitting to transpose Bauer’s apt thoughts on Jewish resistance to Jewish unity. As he explains, out of the millions of Jews under Nazi dominion, only a relative few engaged in resistance.

Yet the fact that relatively few resisted should not be what astonishes us. In many situations, Jewish solidarity in the Holocaust bordered on the impossible, and what should capture our imagination and give us pause to reflect is that such resistance happened at all.

The writer is director of the Yad Vashem Libraries, author of Approaching the Holocaust, Texts and Contexts (Vallentine Mitchell, 2005) and Conscripted to Slavery: Hungarian Jewish Forced Laborers on the Eastern Front, soon be published by Yad Vashem and University of Nebraska Press.