'The Exorcist' as a Holocaust movie 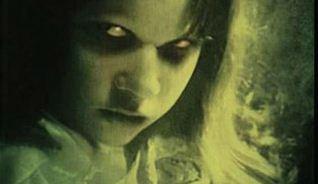 Rosemary's Baby and The Shining are just two of many examples where perfectly secular Jewish directors use the horror genre to explore pure evil.

Conventional wisdom has it that Jewish director Stanley Kubrick intended to make a film about the Holocaust but never did, because Steven Spielberg beat him to it with "Schindler’s List" (1993). Or, some close associates to Kubrick (1928-1999) say he was too depressed by the results of his vast research to complete the film.

And then there are those who say that Kubrick did make his Holocaust movie. Among them is American scholar Geoffrey Cocks. In "The Wolf at the Door: Stanley Kubrick, History and the Holocaust," he argues that Kubrick completed his film about the Holocaust - and that film was "The Shining" (1980). Cocks' analysis can be extended to argue that "The Shining" bookended a period, beginning in 1968 with Roman Polanski’s "Rosemary’s Baby," in which secular Jews used the horror genre to grapple with the problem of evil in a post-Holocaust world.

While the films explicitly reference the immediate violence of the Vietnam War, they also contain implicit and explicit Holocaust allusions. Friedkin, for example, said his use of subliminal editing in the dream sequence at the beginning of the film was influenced by Alain Resnais’ landmark 1955 Holocaust documentary, "Night and Fog."

Kubrick used a similar technique to insert images of twin girls, evoking Josef Mengele’s pseudo-scientific experimentation at Auschwitz, into a sequence in which Danny prophetically "shines" in "The Shining." In "Omen," Gregory Peck wonders if the number 666 marked on his son’s head is a concentration camp tattoo.

All five feature fragile protagonists -- seemingly liberal, intellectual and artistic menunder the influence of unknown evil forces. Their children and wives are threatened with sacrifice, whether real or metaphorical, at the command of these higher powers.

Furthermore, these films often involve terrifying dreams and are clearly influenced by European fairy tales in which "innocents" (Hansel and Gretel, Snow White, or Little Red Riding Hood) are lured to their doom by forces out for young blood. Distinctionsbetween sanity and madness, delusion and reality are deliberately blurred. Is what we are watching real or the projection of evil possession?

As a variation on the gothic horror mansion, buildings are analogized to the human body, connected to decay; the Amityville house even appears to have eyes, it is certainly alive. They may concern buildings with a violent history (a dead infant wrapped in newspaper found in the basement of the Bramford and the tale of the cannibalistic Trench sisters in "Rosemary,"the murder of the Grady twins in "Shining" and the grisly past murders in the Amityville house.

Ancient evils incarnate in the house

The Bible echoes throughout all of the films, often spotlighting Catholic protagonists grappling with their faith. Indeed, the fact that Catholicism features heavily in all except "Shining" may be viewed as a kind of diversion; being seen as Jewish might have softened their impact. Ancient evils are located in the ordinary, everyday world of such 20th century cities Washington, D.C., New York and London. Evil is no longer confined to the gothic mansion or castle: It is present among us, in everyday circumstances in our cities and neighborhoods, on the very streets where we live.

Jews do pop up in the Jewish directors' films, but only intermittently as the sinister physician Dr. Abraham Sapirstein in "Rosemary" and Lt. Kinderman in "Exorcist." These negative characters (Dr. Sapirstein aids and abets the forces of darkness) reflect both a dim view of modernity, particularly medicine and psychiatry, and are a sign that the presence of evil can by anywhere, and is not confined to a single group.

Crucially, in "Old Horror" movies evil was incarnate. It was inherent in an embodied figure such as Dracula, Frankenstein or the Mummy. Just as the ancient Israelites disembodied their God, Polanski, Friedkin, Kubrick and the other modern Jews disembodied the Antichrist in their "New Horror" films. The Christian devil, who is almost never seen but always present, becomes a metaphysical evil that can attach itself to ordinary men given the right circumstances (although I will accept that there is nothing ordinary about Jack Nicholson). In this way, all five movies update it into an unseen source of genetic material, unease, and/or possession.

Consequently, these films update Evil. The Old Horror's evil was present in figures that could only be evil. The New Horror involved a transformation in which given the right circumstances anyone, even the most liberal and understanding parents, could become evil themselves. A supernatural Evil can be assisted by human collaborators who do his work for him, and without whom he would not be nearly as effective. It's a theme echoed in Hannah Arendt's "Eichmann in Jerusalem": Evil needs help in order to triumph.

In this respect, I can’t help wondering if what we witnessed in the New Horror of the 1970s was the incorporation of Arendt’s notion of the ‘banality of evil’ and the delayed effects of the post-1967 Holocaust consciousness that produced a much greater awareness in the United States of the Nazi genocide.

In May 1967, Jews appeared to be under threat of annihilation for the second time in the space of a quarter of a century, while the world seemingly stood by and Christians appeared indifferent. Confronted with the horrifying prospect that Israel might be destroyed, comparisons began to be made with the Holocaust. Israel, it was believed, faced specter of a second genocide within the space of a single generation. After 20 years of Jewish self-confidence in America, suddenly there was a perception that anti-Semitism was a real and present danger, not something of the past. There was a collective revolve against what was seen as the passivity of Jewish victims of the Nazis, a revulsion that spawned slogans like "Never Again."

Creatures of their times, these Jewish directors, I would argue, reinvented an old genre to serve their needs, both to reflect on contemporary events (Vietnam, the Six-Day War), and to take a stand against what took place several decades earlier. For that reason their works should be seen as Holocaust films, even though the Shoah is never mentioned in them.

Dr. Nathan Abrams is a Senior Lecturer in Film Studies at Bangor University in Wales, U.K.