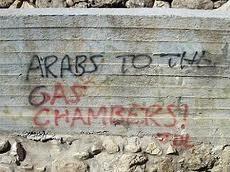 What does fascism look like, if not this? A response to Ari Shavit.

"Fascism? Not yet." I'm sorry, my friend Ari Shavit, but it is too late for your sigh of relief. Why does the gloomy picture of the political and mental reality that you describe in your article from November 29 not yet warrant the title of "fascism?" How exactly does fascism look in your opinion? Paranoia? Yes. Arrogance that stems from feelings of inferiority? Yes. A national sense of "only me and no one else"? Yes, certainly. What contradicts the diagnosis is, of course, democracy.
True, we are still resting on our laurels of democracy, but that is what makes the situation even worse. The really bad news is that the terrifying atmosphere that we are experiencing, and which grows worse from day to day, exists in this case in a democratic regime - and not because a cruel dictatorship has injected it into the veins of the country' citizens.

I would even dare to suggest that in Israel of the early 21st century, the fascist atmosphere with all its trappings - other than hatred of the Jews, which always serves as our decisive alibi for denial - reflects the public mood more than in the classic fascist regimes of the 20th century. Here, fascist politics is made in the very image and character of the nation, even more than it was made in the image and character of the Germans and Italians. Here, there is no disturbed, perverted and violent minority that is forcing its will on an entire culture - rather, this is the culture of the majority.

Glorification of the race, hatred and aggression toward strangers and a lack of any compassion for the weak and helpless are the characteristics of the majority here. Beautiful Israel is represented by the minority of the minority - the fig leaf that soon will no longer be able to hide our nakedness. In another brief moment, even this little shoot will turn yellow and fall.

The connection between fascism and anti-Semitism was, for obvious reasons, stressed here in our history lessons. The way we see it, fascism is characterized first and foremost by hatred of the Jews. If there is no hatred of Jews, there is no fascism. "How can you possibly compare?" is the common reaction here. "Over here, the other is threatening to finish us off - is it any surprise that he's hated?" They ignore the fact that the other here is no longer only an Arab. The imaginary foreigner is anyone who is not Jewish.

That being the case, let's say from now on that there is Jewish fascism in Israel and that it is also characterized by a persecution complex and by haughtiness that is rooted in a deep-seated sense of inferiority. The Danny Danons, the Moshe Feiglins, the Zeev Elkins, and the Avigdor Liebermans - to say nothing of the Aryeh Eldads, the Itamar Ben Gvirs and the Michael Ben Aris who peer down in such ugly fashion from the billboards of new ultra-rightist party Otzma Leyisrael, and who declare (with an arrogance that befits the Hungarian, pro-Nazi Arrow Cross Party ) that "We understand Arabic best" - these right-wing politicians are the faithful representatives of the new Israeli.

And since that is the case, Israel will not be able to proclaim to the world, as the Italians and Germans did, that an extremist, violent and backward minority gained control of them. In Italy and Germany, in Spain and Japan, in Argentina and Chile as well, there were educated and enlightened people who were horrified at the darkness that began forming around them. There too they didn't recognize themselves when they looked in the collective mirror. There too islands of benevolence could be seen sparkling in the stream of evil. Even at the height of that psychosis, there were quite a few sane people who felt they had no place in that lunatic asylum.

There are still among us shining examples that provide a light for the nations in the spheres of science, technology and agriculture. There are still among us Israelis whose kind souls are a source of pride. But we must not allow them to mislead us. If we aren't honest with ourselves, the ugly truth will flourish. And it will be this that finishes us off - this fascism and not the foreigner.