Not again, not alone 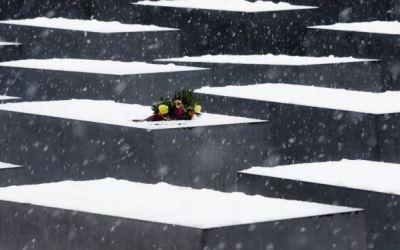 Eighty years have passed since the Nazi party headed by Adolf Hitler rose to power in Germany. Four generations experienced the Holocaust and the founding of the State of Israel, and the wars and crises it has experienced during its 65 years.

Our accumulated experience should teach us a lesson that is the opposite of “A nation that will dwell alone and not reckon with the nations.” To maintain our national existence there is no substitute for international alliances with the countries in our region and with the global powers. In a volatile world, the wisdom of statecraft is to identify the changes in time and work to garner support.

How to apply this lesson is not self-evident. Even when Hitler’s Germany was the bitter enemy of the Jewish people, there were elements among the Jews of pre-state Palestine who made overtures toward it in an effort to undermine Britain, which controlled Eretz Yisrael.

Other elements, which saw the Soviet Union as the leader of a world revolution, ignored the weighty significance of the Molotov-Ribbentrop pact ‏(in fact, a pact between Stalin and Hitler‏), which gave the Third Reich a free hand in Europe, leading to the defeat of France and nearly of Britain as well.

Only after Hitler turned on Stalin did the Soviets end up on the right side of World War II. Afterward it assisted in establishing the State of Israel, but it then chose to support and arm its enemies and promote the escalation of tensions.

The U.S. government was apathetic to the reports from Europe of Jews being slaughtered, but its entry into the campaign when Germany and Japan declared war upon it eventually decided the course of the war. The tortured conscience of American society and its leadership played a significant role in the United States agreeing to the establishment of the State of Israel, and in its diplomatic, security and economic support since then.

Other examples of the Holocaust’s lessons for Israeli diplomacy are the complete turnaround in relations with France, Turkey and especially Germany. But the banner headline was supplied by U.S. President Barack Obama last month when he declared that Israelis, or perhaps the Jews, “are not alone.”

Foiling another Holocaust is indeed the supreme goal of the Israeli government and the Israel Defense Forces, but achieving that will require sober and moderate policies that will prevent Israel from being dangerously isolated.