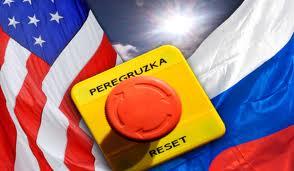 Editors' note: What follows is the seventh part of an exchange on Russian-Western relations following from David Kramer and Lilia Shevtsova's monthly column at The American Interest Online (see especially their February 21 essay, "Here We Go Again"). The exchange, a complete listing of which may be found below, has also provoked a lively debate in the Russian Yezhednevnyi Zhurnal.

I wholeheartedly agree with David Kramer and Lilia Shevtsova that America has fallen into a trap with respect to understanding Russia. But whereas they see a “Russia trap” I believe we are dealing with traps that are primarily of our own design.The first is the cultural trap of regarding Russia as the antithesis of the West, which blinds us to our common cultural, historical, and religious roots. The second is the values trap of moralism, which George F. Kennan, Walter Lippmann, Kenneth W. Thompson and others have long regarded as the bane of U.S. foreign policy.

So far the debate has focused largely on which approach toward Russia leads to the best results for America: a more aggressive promotion of human rights, or a more nuanced approach that balances cooperation, competition and indifference. The conversation has avoided what is to me the more fundamental issue: whether the current Russian political system is really on the verge of collapse, as Kramer and Shevtsova suggest, or whether it is likely to be with us for a good long while, as Thomas Graham seems to believe.

Because he assumes longevity, Graham quickly deduces that prioritizing the promotion of values over other concerns will ultimately be self-defeating. Given the global challenges the United States faces, it is better to mute our public criticism of Russia in order to foster an agenda of cooperation rather than competition.

On the other hand, Kramer and Shevtsova make the case that, despite having re-elected him just last year, Russians now are on the verge of revolt against Putin. Since Putin’s days are numbered, it only makes sense to prepare for his replacement. One way to build bridges to his successor, who will presumably be more liberal and pro-Western, is by emphasizing American values and principles.

American views of tsarist, Soviet, and now post-Soviet Russia have been distorted by a number of unrealistic beliefs and unwarranted attitudes, particularly: first, a messianic faith that America could inspire a sweeping, overnight transformation of Russia from autocracy to democracy in 1905 and 1917 or from totalitarianism to liberty, as in 1991; second, an extreme antipathy to leaders who are blamed for thwarting the natural triumph of an American mission; and, third, scorn for the ordinary people of Russia when they seem to submit meekly to authoritarian governments.1

What has persisted throughout, however, is a singularly dismal view of Russian politics, which serves to justify a hostile stance toward Russia. Our animosity toward Russia did not arise from communism, the late Martin Malia notes, so there was no reason for it to disappear with communism’s collapse.

It stems, rather, from a stunted view of history that overlooks the contributions that Byzantium and Eastern Orthodoxy have made to Western civilization. Influential scholars like Samuel Huntington, Michael Mandelbaum and Richard Pipes, have even suggested that this heritage, far from being a part of Western civilization, creates a permanent civilizational divide right through the heart of Europe.2

Hence, the first trap that has plagued U.S. foreign policy with respect to Russia is a cultural trap. As a direct consequence of this jaundiced narrative, we are locked into a cycle of thinking the worst about Russia. This prevents many Western observers from recognizing positive opportunities when they present themselves and leads them to attribute policy differences with Russia to a “values gap.”

The fate of president Obama’s reset policy is a good example. The reset is over not because it failed, but because it succeeded and, having run its course, can now no longer be defended. It was always destined to have a short lifespan because, even as American diplomats were negotiating agreements with Russia on arms control, missile defense, and logistical assistance in Afghanistan, they saw no possibility of forging a lasting strategic partnership with Russia. In language reminiscent of the previous administration, Michael McFaul, the reset’s author and current U.S. Ambassador to Russia, pointed to “the yawning divide” in values as a central obstacle to true partnership.3

The reset’s progress therefore predictably followed the pattern of previous resets, from Eisenhower’s “spirit of Camp David” to détente. As soon as the immediate objectives of the “new” approach to Russia are achieved, the policy loses its rationale for bipartisan support and is invariably attacked by the administration’s critics for “failing to be true to American values.”

This bring us to the second trap, the values trap. Every U.S. administration since that of President Ford has had to deal with the values lobby, which seeks to advance its preferred combination of human rights and democracy as the fundamental objective of U.S. foreign policy. Like Andrew Young, Pat Derian and Charles H. Fairbanks, Jr. before them, Kramer and Shevtsova see little conflict between U.S. values and U.S. interests. The pursuit of the best foreign policy is not the enemy of the good, but rather the enabler of all that is good.

But prioritizing values does not actually provide U.S. foreign policy with any greater focus, since both the priorities and the values associated with them quickly become issues of political contention. Nor does a focus on values lead to a rise in America’s stature, since other nations invariably view our attempt to promote values as a deceptive way of promoting other, more sordid U.S. interests.

Because the values aspect of our foreign policy frequently runs into conflict with the overall objectives of U.S. foreign policy, presidents try to compartmentalize it in ways that prevent it from causing too much damage to other U.S. interests. The Obama Administration’s low key implementation of the Magnitsky Bill, followed by the quietly reassuring message carried to Moscow by National Security Advisor Thomas Donilon, is typical in this regard.

All of this suggests that, contrary to the assumptions of almost everyone in this debate, disagreement over values is not why our relations with Russia are currently in the doldrums. Much more damaging is the stubborn unwillingness of many to acknowledge Putin’s enduring popularity at home, and to recognize that this popularity is rooted in the success of his policies and the broad appeal of his centrist political vision. These are the main source of the convincing electoral victories of his political party, United Russia.

By contrast, Putin’s most outspoken opponents manage to garner only marginal public support not because of repression but because they are plagued by personal rivalries, internal dissension, organizational incompetence, and profound political immaturity. The prospect of regime change in Russia is therefore so slim as to be risible; anyone who fails to see this is simply projecting his own wishes onto Russia. Since the rationale for putting values first in our relationship with Russia hangs on the imminent collapse of the Putin regime, such a policy can only lead to another cycle of disappointment with the choices made by the Russian people.

What Is the Alternative?

The cultural trap prevents us from seeing the common values that make Russia an essential part of Western civilization; the values trap elevates U.S. foreign policy above its true merits, while castigating America’s erstwhile adversaries beyond their true sins. The result is that lulls of détente alternate with bouts of moralism as predictably as night follows day—a perfect vortex that has sucked the life out of every potential breakthrough in Russian-American relations—even Russia’s abandonment of communism!

We could end this vicious circle very quickly if only we recognized that there is no real values gap with Russia, or at least one no greater than that with Turkey, Israel, Greece, or Italy. That, in fact, as Dmitry Medvedev said during his first visit to the West as President of Russia: “Russian and European democracy share common roots. We share the same set of values and the same sources of law: Roman, Germanic and French law. . . . We have a common history and we share the same humanitarian values.”4

An emphasis on the abiding similarity of our values, rather than a harping on the occasional differences, would create a vastly different intellectual and cultural framework, one in which Russian and American interests could be seen as complementary rather than antagonistic. The burden of proof would shift from those who are striving to build up a friendship with Russia, to those who naturally assume Russian hostility. While political disagreements would persist, they would be treated as problems within the same family of nations.

A good start in this direction would be to expand and deepen our discussion of values, since it is indeed critical to establishing trust. That is why Russian officials have so persistently called for a real dialogue about values, one that would clear the air and clarify points of agreement as well as disagreement.5 Some will object that having any dialogue with the Russians rewards them for their “bad behavior,” but I see no reason to fear a respectful and open ended dialogue about values. Indeed, I suspect that it would reveal many more points of agreement than disagreement.

Some of these are rather obvious. Dealing effectively with global interdependence would certainly be at the top of the list. We can simply no longer afford to ignore Russia’s persistent calls for more effective multilateral peacemaking structures, more effective institutions of global governance, and greater economic interdependence. (Examples that come to mind include: the 2008 G8 meeting in St. Petersburg, where Russia promoted the role of NGOs and introduced the concept of the “Civil G8”; Russia's efforts to forge interdependencies with Europe through mutual investments—Russian investment in refinery and distribution in Europe in exchange for European investment in oil and gas extraction in Russia—and create an energy partnership for the entire continent that would promote both economic efficiency and security in a pan-European framework; President Medvedev's innovative European Security Concept, proposed at Evian in 2008, which sadly received short shrift in the West; and the standing offer to join with NATO in the construction of a joint missile defense system aimed at intercepting rogue missile launches.)

Western opposition to these proposals often boils down to the fact that they create a new security framework of which Russia would be an inextricable part. Arguably, that is precisely what makes such a framework more secure. In any case, it is worth noting just how often over the past decade Russia has proposed initiatives that would fundamentally redefine security away from a “zero sum game” in which security is achieved only at another nation's expense into one in which security is defined by the emergence of mutual dependencies among nations.

As we ponder the compatibility of our values, it is worth noting the strong similarity here to the vision of French statesman Robert Schuman, whose proposal to make nations mutually dependent in the use of the strategic energy resources of his day—coal and steel—led ultimately to the creation of the European Coal and Steel Community, the forerunner of the European Union. When Western leaders embrace something similar for Russia, the Cold War in our minds will truly be over.

In the meantime, however, a radical re-conceptualization of our relationship to Russia is long overdue. We simply cannot afford the Obama Administration alternative of yet another cycle of “the cold shoulder.”6 By the end of this decade Russia will most likely be among the world’s five largest economies. It will be Europe’s largest market, China’s largest energy supplier, and perhaps even India’s largest arms supplier.

By then the United States and Russia will need to have left old stereotypes far behind, if they are to forge the partnership they both need to remain globally competitive in the latter half of the 21st century.