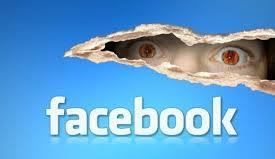 The Ancient Greeks had the Plague of Athens, the Tudors had English sweating sickness, and the black death has popped up at regular intervals throughout history. Now it seems we are experiencing the demise of what some medical professionals have identified as a social sickness that has ravaged great swaths of society over the last decade.

According to a new Princeton study that likens Facebook to an infectious disease, the platform will lose 80% of its users by 2017. It's estimated that soon the only signs of life left on Facebook will be toothpaste brands wondering why nobody likes them, and Nick Clegg.

There has been some scepticism about the application of disease dynamics on to a social network. The Princeton researchers make their case via epidemiological modelling, acronyms, and lots of formulae where the γI terms in equations 1b and 1c are multiplied by R/N to give equations 3b and 3c. Quite frankly, this means the sum total of F/U+C*K all to me. Nevertheless, I don't think it is a stretch to compare Facebook to a disease, as this highly scientific medical reference guide demonstrates:

Causes: An enthusiastic recommendation from an infected peer is the predominant cause of sickness. A virulent species of Harvardus aluminus (H.), parasites generating from Massachusetts, were the initial cause of the virus spreading, however the disease now has many carriers. The best course of action is to suspect that everyone may be a potential carrier, even your mother.

Initial warning signs: The first indication of infection is signing up to Facebook. OK, you think, I will happily hand over all my personal data to this well-designed website, because it will facilitate my ability to share seamlessly with social connections. This is a perfectly healthy thing to do and may not lead to further complications. However, a large proportion of users then go on to develop more serious problems.

Common symptoms: A tendency to spontaneously overshare; an inability to believe you are in a meaningful relationship until you are "Facebook official"; waking up frequently throughout the night to check how many "likes" your status update has had and self-loathing when you find that the only one is from your annoying friend Emma, who you can't remember how you know anyway; the breakdown of your meaningful relationship after you find their ex is still tagging them in pictures; a compulsion to Facebook-stalk your ex that sends you down a "research" wormhole from which you emerge bewildered, confused, and a little bit ashamed.

Variation in symptoms: Those most afflicted by Facebook fever can be classed into a small but statistically significant subset commonly described as "social media experts" (SMEs). These are grown adults whose job it is to tell other grown adults how to use Facebook to sell things and influence people. SMEs will often experience delusions of grandeur and refer to themselves in terms such as "social media ninja" or "digital prophet". Avoid these people at all costs so as to not worsen in condition.

Cure: According to the Princeton study, Facebook fever resolves organically over time as we gradually become immune to its attractions. The authors claim that: "Ideas are spread through communicative contact between different people who share ideas with each other. Idea manifesters ultimately lose interest with the idea and no longer manifest the idea, which can be thought of as the gain of 'immunity' to the idea." Which is a very long way of saying: "Facebook got boring and uncool." Thanks, science.

NB: all symptoms cited come from external observation and have nothing to do with me whatsoever.