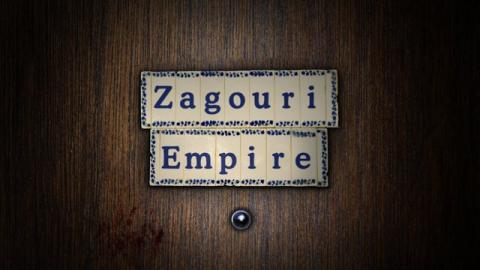 Contrary to what people think, the official religion of Israel is not the Jewish religion. Israel is certainly the state of the Jewish people, but its dominant religion is the religion of the Holocaust. It’s a full-scale religion, with its own rituals and holidays, numberless martyrs and a central pilgrimage site: namely, Auschwitz. Above all, as befits an established religion, it has its heretics and those who have not yet seen the light and need to be converted.

The heretics are not necessarily those who deny the Holocaust – those transgressors are subject to the punishments prescribed in the law. The heretics might be families and ordinary people living among us who, when the siren on Israel’s Holocaust Day blares, make it a point not to stand to attention. Still, their heresy bothers them and they shout angrily that they don’t feel like standing at attention in memory of the Ashkenazim who perished, and that their suffering, too – that is, of the Mizrahim, the Jews from Arab lands – should also be commemorated.

All this is portrayed in the subversive and terrifically witty episode that opens the second season of the fine television comedy-drama series “Zagouri Empire,” created by Maor Zagouri, a talented young screenwriter and director from Be’er Sheva.

In the first season, we learned about the falafel stand that the Zagouri family inherited from the mother’s father, and about how they were not enthusiastic about continuing to run the business. In the second season’s opener we see the family sitting with sour faces (sourest of all is the elderly grandmother) in the living room opposite the television, which is turned off, as this is the eve of Holocaust Day, and all the regular broadcasts are preempted.

But contrary to what we might expect, this is not your usual scene of Moroccan folklore, which derides the “primitiveness” or the supposedly tempestuous and irascible temperament of that ethnic group’s members. What we have is a completely normal family (there are tensions between its members, but that only adds to the normality) that feels that it has to protect itself in the face of some sort of external oppression, whose coerciveness it objects to and tries to break free of, though without noticeable success.

That oppression is the Holocaust. More precisely: the need to feel automatic solidarity with believers in what can be called the religion of the Holocaust.

I watched this family as its head (superbly played by Moshe Ivgi) utters perfectly valid arguments against Holocaust Day and pours out his wrath on the way the state ignores his family’s suffering: Some of its members had perished on the Egoz, a ship of illegal immigrants from Morocco, which sank in 1961.

Well, I said to myself, something good is happening in Israeli culture: At last people are daring to say that one of the basic rights of human beings is to be normal and not be haunted by the nightmares of the past.

Naturally, an argument immediately breaks out between the father and two of his children, who represent young Mizrahim who want to assimilate into the Israeli culture and take upon themselves the yoke of the precepts of the religion of the Holocaust. They don’t feel comfortable with their “primitive” family. At the same time, they assail their father, who is demonstratively disdaining Holocaust Day and paints them as unimaginative conformist conservatives. And the father, along with the mother and the grandmother, come across as original thinkers, as rebels who are young in spirit.

It follows that this is not a “Mizrahi” series. In it, Maor Zagouri has followed, perhaps unknowingly, the path of the late Shulamit Aloni, who tried years ago, in vain, to put an end to the organized trips to Auschwitz by high-school students.

What’s amazing, though, is that Zagouri is also following in the footsteps of an old movement that faded away but apparently never died: the mid-20th-century movement of young Hebrews known as the “Canaanites,” whose angry leader, poet Yonatan Ratosh, urged that we Israelis cut ourselves off from the exilic mentality and from Jewishness, and establish a new entity here of a local Hebrew-pagan character.

His dream is realized to some degree in “Zagouri Empire,” and perhaps also in the segment of Israeli reality that the series seeks to represent. For the Zagouri family are indeed pagans! We needn’t make the mistake of thinking that just because this is a traditionalist family in which the father attends synagogue and recites the blessing over the challah on Sabbath eve, it is not a pagan family. It is pagan in the sense of not accepting the religion of the Holocaust, or of accepting it only in part and not seriously (the father and the mother decide that next year they will stand to attention during the siren alternately: he for half a minute and she for half a minute).

If there are in reality many families like the one depicted in this series, then we are in good shape, even very good shape. For it is impossible not to arrive at the conclusion that there has been a failure in all the efforts made by the state and the hegemonic culture to imbue Israelis with the depressive Diaspora seriousness that is personified in the Holocaust Day ceremonies and in the organized school trips to Auschwitz.

The reason the efforts have failed is that even if many Israelis continue to observe these customs out of habit, deep inside themselves they know instinctively that the Holocaust has become a means of control and coercion, something that deprives them of their freedom. Not only because they’re not allowed to watch the regular TV programs on the day it is commemorated, but also because they feel that the Holocaust acts as a kind of wall that excludes all those who did not receive a Holocaust lineage certificate, and turns them into a kind of sect of the impure.