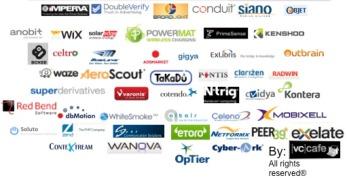 Researchers have found that only 29% of venture capital investments in Israel during the first half of 2012 involved young start-ups.

Only 29% of venture capital investments in Israel during the first half of 2012 involved early-stage start-ups, researchers have found. While the percentage of transactions involving younger companies has grown compared to the three previous years, it is still down from 2008, before the global crisis hit, according to research conducted by attorneys Lior Aviram and Limor Peled from the firm Shibolet & Co. The study was conducted in collaboration with the firm Fenwick & West in California's Silicon Valley.

When the industry is stable, first-round investments should exceed subsequent funding rounds, argues Aviram. "But subsequent investment should only go to the best companies," he said. "Since the second half of 2008, the first round of investment hasn't been the largest - or in other words, the industry is shrinking and that is a serious problem." This trend is also evident in Silicon Valley, he said. But there, first-round investments have rebounded to surpass follow-on investments, while in Israel the situation remains unchanged.

When you add the small number of early-stage start-ups getting first-round investment with the increasing number of exits in Israel, you get a dwindling number of mid-size companies, defined as those with revenues exceeding $20 million. According to data compiled by analysts Oren Raviv and Dan Yachin from the market research firm IDC, more than 60 Israeli start-ups raise more than $20 million a year. However, compared with data from 2011, that actually marks a decline of 20% to 30%.

"The intermediate stage is problematic," said Raviv. "More companies are sold and fewer of them enter the pool of firms that surpass the $20 million bar." "Exits are a blessing, but looking ahead there is cause for concern," said Yachin. "The cream of the Israeli start-up crop is 'picked' when the founders exit. The problem arises when we look ahead and see that the venture capital pool has contracted compared with the market," he said.