The World as Objectlessness. Birth of a New Art 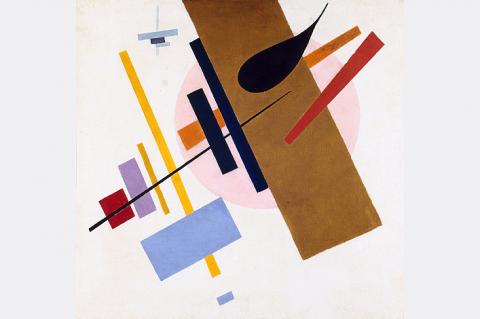 Jewish Museum and Tolerance Center will host an exhibition The World as Objectlessness. Birth of a New Art: Malevich, Filonov, Chagall, Leporskaya and Others from 20 October 2022 to 19 February 2023. Project is developed in collaboration with The Encyclopedia of the Russian Avant-Garde and Boris Yeltsin Presidential Center.

The project was initially exhibited at the Yeltsin Center (November 5, 2021 — February 20, 2022). The Moscow edition will include newly added exhibits — several drawings from the Tretyakov Gallery, Suprematist porcelain from the State Hermitage and The Kuskovo Memorial Estate, and paintings from the Vitebsk Museum of Art. Anna Leporskaya’s Three Figures will be exhibited after the restauration following the damage in December 2021.

The exhibition is centered around the history of the one of the most significant periods of Kazimir Malevich creative activity — the development of the pioneering Avant-Garde Art school: from the creation of UNOVIS, (Champions of New Art, in Russian — Utverditeli Novogo Iskusstva) in Vitebsk Art School, where Malevich was the invited professor in 1919, to the post-Suprematism during the complicated 1930s.

The World as Objectlessness, which Malevich wrote in 1921–1922, summarized more than a decade of the artist’s creative research. Suprematism became one of the foundations of the Avant-Garde movement, defined its trajectory and uniqueness. As for the disciples and followers of the master, theory of objectlessness became their religion.

One of the main sources of information about the early stages of development of Suprematism are the diaries of Lev Yudin, artists and Malevich disciple, first published in 2017 by Irina Karasik (Lev Yudin. To Tell — Your Own… Diaries. Letters. Documents. Notes from Contemporaries.) Based on historic sources, curators trace formal and informal interconnections between artists, filling in some of the blind spots and adding new details to the face of the Malevich circle.

Exhibition will present three periods:
• from Vitebsk Art School to the foundation of UNOVIS and its flourishing during 1919–1921;
• creation of the State Institute of Artistic Culture (GINKhuK, 1922) in Petrograd and the early years of the scientific work in the Institute directed by Malevich;
• period after the closure of GINKhuK in 1926, when Suprematism and other Avant-Garde movements become the object of accusations and are pushed away by the official Soviet art.

The exhibition will be accompanied by the dedicated catalogue with texts by Christina Lodder, British art historian, Andrey Sarabyanov, art historian and editor of the Encyclopedia of Russian Avant-Garde, Natalia Murray, professor of the Courtauld Institute, London, and Irina Karasik and Tatyana Goryacheva, art historians from Russia.