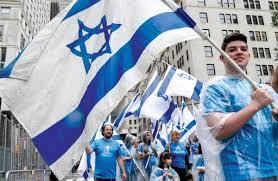 The Jewish population of the world is 14,410,700, Diaspora Affairs Minister Omer Yankelevitch told the Knesset Absorption, Immigration and Diaspora Affairs Committee on Monday in her ministry’s annual report to the committee.

Eighty percent of Diaspora Jews do not feel connected to Judaism and their Jewishness, Diaspora Affairs Ministry director-general Dvir Kahana told the committee. “We are swimming upstream, while most Diaspora Jews are living comfortably,” he said.

Committee chairman David Bitan (Likud) said he was most concerned about small Jewish communities that cannot sustain themselves. He said he had received a commitment from Finance Minister Israel Katz to allocate NIS 20 million in the next state budget for such communities and that he had asked the Jewish Agency to pledge a similar amount. “If we don’t strengthen the communities in the Diaspora, there will not be potential immigrants left to bring,” Bitan said.

Yankelevitch told the committee the coronavirus era was a test for the relationship between Israel and Diaspora Jewry. “Today, more than ever, Israel must express its obligation to Jews in Israel and the Diaspora and to function as the government of the Jewish people,” she said.

MK Tehila Friedman (Blue and White), who is a former Diaspora Affairs Ministry staffer and has lived in Boston and worked for Jewish federations in New Jersey, complained about the high cost of Jewish education in the US. “In the US, you have to sell a kidney to send your kids to Jewish schools,” she said. “If Israel will invest in this, it could help bring down assimilation.”