In winter we have to work less 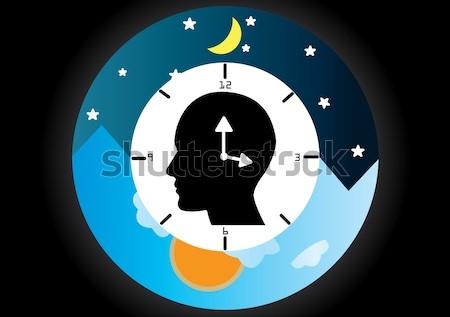 For many of us, winter, with its chillier days and lingering nights, ushers in with it a general sense of malaise. It’s increasingly difficult to peel ourselves out of bed in the half-light of morning, and, hunched over our desks at work, we can feel our productivity draining away with the remnants of the afternoon sun.

For the small subsection of the population who experience full-blown seasonal affective disorder (SAD), it’s even worse – winter blues mutate into something far more debilitating. Sufferers experience hypersomnia, low mood and a pervasive sense of futility during the bleaker months. SAD notwithstanding, depression is more widely reported during winter, suicide rates increase, and productivity in the workplace drops during January and February.

While it’s easy to put all of this down to some nebulous idea of winter gloominess, there might be a scientific reason for all of this despondency. If our body clocks are out of sync with our waking – and working – hours, shouldn’t we be tweaking our office hours to help improve our mood?

“If our body clock is saying it wants us to wake up at 09:00, because it's a dark winter's day, but we are getting ourselves up at 07:00 – then we are missing out on a complete sleep phase,” says Greg Murray, professor of psychology at Swinburne University, Australia. Research into the area of chronobiology – the study of how our body regulates sleep and wakefulness – supports the idea that during winter, our sleep needs and preferences change, and the constraints of modern life might be particularly ill-fitting during these months.

What do we mean when we talk about biological time? The circadian clock is a concept that scientists use to measure our internal sense of time. It’s a 24-hour timer that determines when we want to place various events of the day – most importantly when we want to get up and when we want to fall asleep. “The body likes to do those things in synchrony with the body clock, which is the master controller of where our body and behaviour is relative to the sun,” explains Murray.

There are a huge number of hormones and other chemicals involved in regulating our body clocks, as well as an array of external factors. A particularly important one is the sun, and where it happens to be in the sky. Photoreceptors nested at the back of our eyes known as ipRGCs are especially sensitive to blue light, and therefore perfectly primed to help calibrate the circadian clock. There’s evidence these cells have a crucial role in helping to regulate sleep.

The evolutionary value of this biological mechanism was to promote changes in our physiology, biochemistry and behaviour according to different times of the day. “This is what the predictive function of a circadian clock is,” says Anna Wirz-Justice, professor at the Centre for Chronobiology at the University of Basel in Switzerland. “And it's there in all living creatures.” Given daylight shifts over the course of the year, it prepares organisms for seasonal changes in behaviour too, like reproduction or hibernation.

While there hasn’t been an abundance of research specifically examining the question of whether we would respond well to more sleep and different wake times during winter, there’s evidence that this could be the case. "From a theoretical viewpoint, decreased availability of natural light in the morning in winter should encourage what we call a phase delay," says Murray. "And biologically, there's good reason to think that that probably does happen to some extent." A phase delay means that our circadian clocks are nudged later during winter, explaining why the urge to stab the snooze button becomes increasingly tough to fight.

The idea of a phase delay might at first appear to suggest that we would want to go to bed later in winter too, but Murray hypothesises that this tendency would likely be counteracted by a growing desire to slumber in general. Studies suggest that humans require (or at least desire) more sleep during winter. A study looking at three pre-industrial societies – that is those without alarm clocks, smartphones and nine-to-five working hours – in South America and Africa found that these communities collectively snoozed for about an hour longer during winter. Given these communities are located in equatorial regions, this effect could be even more pronounced in the northern hemisphere where winters are colder and darker.

This soporific winter mode is at least partly mediated by one of the major players in our chronobiology – melatonin. This endogenous hormone is controlled by the circadian clock, while also influencing it in turn. It’s the sleep drug, meaning its production ramps up before we’re due to fall into bed. “In humans, the melatonin profile is much broader in winter than in summer,” says chronobiologist Till Roenneberg. “That's the biochemical background of why circadian clocks can react to two different seasons of the year.”

But what does it mean if our internal clocks are ticking out of time with the demands of our school or work schedules? “The discrepancy between what your biological clock wants and what your social clock wants – we have called this social jetlag,” says Roenneberg. “And social jetlag is stronger in winter than it is in summer.” Social jetlag is similar to the kind of jetlag we’re more acquainted with, but instead of flying across the world, it’s merely the timing of our social demands – like getting up for work or school – that push us out of joint.

Social jetlag is a well documented phenomenon, and it can have serious consequences on health, wellbeing and how well we’re able to function in daily life. If it’s true that winter produces a form of social jetlag, to discern what its effects might be, we can look to populations that experience this phenomenon on a grander scale.

One potentially insightful group to examine includes people who live at the western edges of time zones. Since time zones can cover vast areas, people living at the eastern edges of time zones experience sunrise about an hour to an hour-and-a-half before those living at the western edge. Despite this, the entire population must abide by the same working hours, meaning that many people will be forced to get up before sunrise. This essentially means that one part of the time zone are constantly out of sync with their circadian clocks. And while this might not seem like such a big deal, it’s associated with a number of damaging consequences. People living at the western edges experience higher rates of breast cancer, obesity, diabetes and heart disease – put down by researchers primarily to the chronic disruption of circadian rhythms that arises from having to wake up in the dark.

Another extreme example of social jetlag is experienced in Spain, which abides by central European time, despite being geographically in line with the UK. This means the country is shifted one hour forward, and that the population must follow a social schedule which is not in keeping with their biological timings. As a result, the whole country suffers from sleep deprivation – getting an hour less on average than the rest of Europe. This degree of sleep loss has been linked to increased absenteeism, stress, work-related accidents and failure at school in the country.

Yet another population that may demonstrate similar symptoms to a winter-addled populace, is a group that has a natural tendency towards night owlery throughout the year. The circadian clock of the average teen is naturally shifted up to four hours later than an adult, meaning that a teen’s biology pressures them to go to bed later and wake up later. Despite this, for years, they’ve been forced to struggle up at 7am to get to school on time.

While these are more extreme examples, could the effects of slogging through winter with ill-adjusted work schedules be contributing to some similar, if milder, effects? This idea is supported in part by a theory about what causes SAD. While there are still a number of hypotheses about the exact biochemical basis of the condition, a sizeable portion of researchers believe it could be due to a particularly severe response to the body clock being out of sync with natural daylight and the sleep-wake cycle – known as the phase delay hypothesis.

Scientists now tend to conceptualise SAD as on a spectrum rather than a condition that you either do or don’t have, and in Sweden and other countries in the northern hemisphere, it's estimated that up to 20 per cent of the population suffers from the milder winter blues. Theoretically, mild SAD could be something the whole population experiences to some extent, but which is only debilitating for some. “Some people don’t respond well emotionally to being out of sync,” points out Murray.

Right now, the idea of working reduced and later hours in winter hasn’t been tested out. Even countries located in the gloomiest parts of the Northern hemisphere – Sweden, Finland and Iceland – toil away through night-like conditions throughout winter. But there is the possibility that if working hours more closely fit our chronobiology, we would work and feel better.

After all, schools in the US who have introduced later start times to be consistent with teens’ circadian clocks have successfully shown an increase in the amount of sleep pupils are getting, with corresponding energy boosts. A school in England which shifted students from 8:50 to 10:00 found that rates of absence due to illness fell dramatically following the change, and pupils’ school performance improved.

There’s evidence that winter is associated with more lateness to work and school, and increased absenteeism. Interestingly though, a study published in the Journal of Biological Rhythms found that this absenteeism was more tightly tied to photoperiod – that this the number of hours of daylight – than other factors like weather. Simply letting people come in later could well help to counter these effects.

A greater understanding of how our circadian clock impacts on our seasonal cycles is something we could all benefit from. “Bosses should say ‘I don't care when you come to work, come when you have slept to your biological end, because we both will win from this situation’,” says Roenneberg. “You will give your best performance. You will have a better time at work because you will feel how efficient you are. And the sick days will be reduced.” With January and February already our least productive months of the year, do we really have anything to lose?