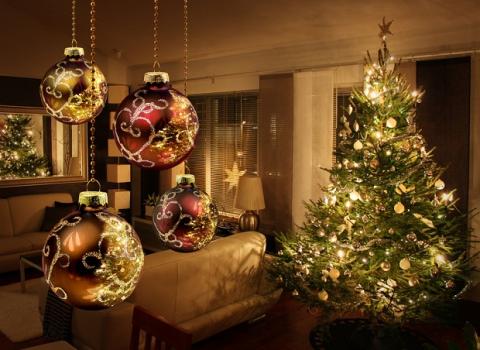 As a young Jewish child in Moscow in the 1970s, Regina Blekh spent December anticipating what all Soviet children looked forward to: the New Year’s tree, a “magical” night when “Ded Moroz” (pronounced Dzed) brought presents with the help of his granddaughter “Snegurochka” (Snow Maiden). Although the Santa-like Ded, with his long white beard and red robe, along with the tree, may look a lot like Christmas, this was a decidedly secular holiday in Soviet times, open to all ethnicities, including Jews.

All Soviet children and families celebrated this holiday, and young Regina was no different. She remembers her excitement as she wondered to her parents what Ded Moroz would bring to her. This is the only holiday she remembers from childhood, she told me, as her parents hid from her many aspects of their Jewish identity, fearing discrimination under the Communist regime. For her family, however, the New Year’s tree was not a conflict for their Jewish identity, and that night Regina could celebrate just like everyone else.

This changed, however, when they decided to leave Moscow in 1981, part of the first major immigration wave of Soviet Jews to the United States. The family traveled through Vienna and Rome with the support of the immigrant aid organization HIAS, and landed in Sheepshead Bay, Brooklyn, where Regina’s grandparents had resettled shortly before them. There they adjusted to new realities, as they were suddenly viewed as “Russian” by Americans, and as “Jews” by other Russians, all the while never quite Jewish enough for some of their American Jewish neighbors.

In Brooklyn, the Blekh family, like many other Soviet Jews, continued celebrating New Year’s with a tree, but they also decided to send their only daughter to yeshiva instead of the local public school, giving her the Jewish education she would have been unable to receive in Moscow. It was in yeshiva, Regina explained, that she learned more about the Jewish holidays, including the High Holidays  of Rosh Hashanah and Yom Kippur, which were especially important for her grandfather.

But she also learned that some traditions she grew up with might not be so easily accepted in her new world, such as the New Year’s tree—which remained the most important holiday for her. She understood that she shouldn’t talk about it with her new Jewish friends and classmates, despite its importance to her, as the tree made her stand out as different and marked a point of potential conflict with more observant Jews. After all, in the United States, trees meant Christmas, a holiday Jews did not celebrate.

Another Soviet Jewish immigrant to Brooklyn, who emigrated from Tashkent, Uzbekistan around the same time, described the angry reaction from her more religious Jewish neighbor, who knocked on her family’s door and explained that Jews do not decorate for Christmas. Although her family was celebrating New Year’s and not Christmas, she told me, they decided to keep the decorations hidden inside in the future.

As for Regina, when her family asked her if she wanted to keep a tree in their Brooklyn home, she said of course. “To me, it was very important. It signified the holidays,” she explained. “I never understood that there was even a connection between Christmas and the tree. To me, it was New Year’s and New Year’s was the big holiday and that is what I celebrated. But at the same time, I knew instinctively that it was something taboo.”

Regina didn’t want to stand out, and understood that her New Year’s tree had to be kept a secret from some of her new Jewish friends. While being in the United States freed her family from many of the restrictions they faced in the Soviet Union, some of their Russian traditions, it turned out, weren’t so accepted in her new home. For Regina, her New Year’s tree was an early, and valuable, lesson in immigrant life.

Still, while many things may have changed for Soviet Jews living in the United States since they first arrived, customs like the New Year’s tree remain — a tradition Regina and many other immigrants continue today.