Why Russia Is Eyeing the Palestinian Arena 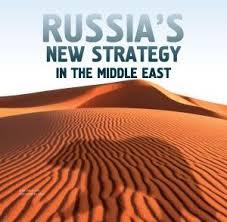 "This is complete nonsense,” Russian Deputy Foreign Minister Mikhail Bogdanov told his country’s Tass news agency in response to rumors of a Russian proposal for an American-Palestinian peace summit. “They come up with all sorts of phantasmagoria. It’s ridiculous, it’s delirious. They make it out of whole cloth; they fantasize and then attribute it to me that I introduced some kind of proposal. We have only one proposal — to comply with the UN Security Council resolution on the Palestinian-Israeli settlement, that’s all we propose.”

The representatives of so-called Quartet on the Middle East peace process – the United States, Russia, the European Union and the United Nations – did in fact convene on Friday for a virtual meeting, but as far as is known, they didn’t discuss such a summit to advance President Donald Trump’s peace plan. Russia is adamantly opposed to the plan, as are the Palestinians, who announced that in addition to halting their security coordination with Israel and ceasing cooperation with Israel in all other spheres, they are cutting ties with the U.S. Central Intelligence Agency. Russian Foreign Ministry spokeswoman Maria Zakharova confirmed that Bogdanov had spoken by phone on Tuesday with Trump’s special envoy Avi Berkowitz, but she said that during the call “Russia asked to renew direct talks between Israel and the Palestinians.”

On the other hand, on Wednesday, in a phone conversation with Israel’s new foreign minister, Gabi Ashkenazi, Russian Foreign Minister Sergey Lavrov said his country was ready to play a role in Israeli-Palestinian dialogue based on international law, the decisions of the Quartet and the Arab peace initiative.

The Palestinians have a slightly different version. According to Munib al-Masri, a West Bank Palestinian businessman and leading public figure, the Palestinians are examining the convening of an international summit in Moscow and their representatives are “in contact with all the countries in the world and hope that Moscow will indeed make the summit possible. This is a highly important matter because the United States has ceased being an honest broker.”

For years, Russia has refrained from dealing with the Palestinian issue, despite its membership in the Middle East Quartet. It was clearly an American arena in which Moscow did not play an active role. In March, senior Russian officials met with the head of Hamas’ political wing, Ismail Haniyeh, who has sought Russian assistance in promoting internal Palestinian reconciliation between Hamas, which controls Gaza, and the Fatah-dominated Palestinian Authority in the West Bank. But so far Russia’s fingerprints are not to be seen on this issue, except for its efforts to advance an exchange of Palestinian prisoners and missing Israelis, a matter in which other countries have also been involved and which has so far not borne fruit.

Now that a unity government has been established in Israel, and in light of Prime Minister Benjamin Netanyahu’s decision to move ahead on annexation of portions of the West Bank in July, a new opportunity has arisen for Moscow’s involvement. If up to now the Israeli government had spoken in one voice about annexation, Russia has apparently identified a parallel channel, via Ashkenazi and his Kahol Lavan party colleague, Deputy Prime Minister Benny Gantz, who is also defense minister.

Gantz and Ashkenazi have repeatedly said that they support Trump’s peace plan but that (at the moment) they oppose unilateral steps that could spark a violent Palestinian response and irrevocably damage ties between Israel and Jordan, in addition to the relationships that Israel has developed with a number of Arab countries.

Russia expressed its staunch opposition to annexation a few days ago in a statement by its Foreign Ministry: “Russia has repeatedly warned its Israeli partners against implementing unilateral plans that contradict the international legal foundation for a settlement in the Middle East .... Such expansionist actions by Israel will provoke a dangerous cycle of violence on Palestinian lands and destabilize the general situation in the Middle East.”

While in contrast to the European Union, Russia has not threatened or detailed the sanctions that Israel might incur from Moscow in the event of annexation, the very fact that Russia has taken such a tough public stance requires Israel to consider the implications of annexation on its ties with Moscow, particularly when Moscow holds the cards when it comes to allowing Israeli military activity in Syria. Israel’s working assumption is that Russia will not create a linkage between the Syrian and the Palestinian arenas, because in Syria, Israeli military action serves the Russian interest to sideline Iran and ensure the well-being of Syrian President Bashar Assad’s regime.

This assumption is also supported by the traditional strategy in which, in conflicts in the Middle East, Russia has always preferred that its involvement be in cooperation with other countries, through a coalition of support rather than acting unilaterally.

As a result, in Libya, Russia has worked with Egypt and the United Arab Emirates, and in Syria it has partnered with Turkey and, to a limited extent, with Iran. In both conflict zones, Russia is taking advantage of the absence of the United States. At the same time, it is finding new places to break through in the Middle East, even in countries clearly defined as Washington’s partners.

As a result, it has made its influence felt in Egypt, signing an agreement to sell Cairo some 20 Sukhoi-35 fighter jets. It is also an investment partner with Saudi Arabia, despite the oil war between the two countries.

Russia appears to be eyeing the Palestinian arena as a target not so much because Moscow has such a great interest in resolving the Palestinians’ conflict with Israel, but rather because it is another area where the Americans' stock is sinking, and the Palestinians are looking for a new powerful partner.

Anyone pushing ahead towards Israeli annexation in the West Bank will have to take into account the fact that, beyond the pressures being exerted on Israel, such a step might lead to a struggle among the major powers – between Russia and Europe on the one hand and the United States and Israel on the other. That’s not exactly the warm, cozy spot that Israel would wish to be in.