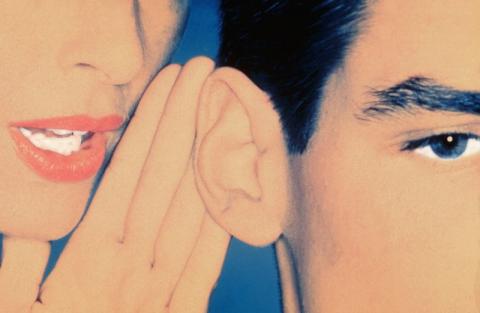 All humans partake in some form, despite the age-old adage, “If you have nothing nice to say, don’t say anything at all.” Whether it’s workplace chatter, the sharing of family news or group texts between friends, it’s inevitable that everyone who talks, well, talks about other people. In fact, a 1993 observational study found that male participants spent 55% of conversation time and female participants spent 67% conversation time on “the discussion of socially relevant topics.”

People tend to think of gossip as synonymous with malicious rumors, put-downs or the breathless propagation of a tabloid scoop. But researchers often define it more broadly: as “talking about people who aren’t present,” says Megan Robbins, an assistant professor of psychology at The University of California, Riverside. “It’s something that comes very naturally to us” — an integral part of conversation, information sharing and even community building.

“It’s not necessarily negative,” adds David Ludden, professor of psychology at Georgia Gwinnett College and the author of The Psychology of Language: An Integrated Approach. “It can be positive or neutral.”

In a 2019 meta-analysis published in the journal Social Psychological and Personality Science, Robbins and a colleague found that, of the 52 minutes a day on average the 467 subjects spent gossiping, three-quarters of that gossip was actually neutral. One subject for example, spoke about someone who was watching a lot of movies to stay current. “It was kind of boring,” Robbins says, “not salacious and negative” at all.

Just a small portion of the conversations analyzed — around 15% — was deemed negative gossip (though positive gossip amounted to a smaller portion still, at only 9%). So while it is true that people can spend a significant amount of time talking about their peers, oftentimes that chatter is benign.

Why do people gossip?

Some researchers argue that gossip helped our ancestors survive. Evolutionary psychologist Robin Dunbar first pioneered this idea, comparing gossip to the grooming primates engage in as a means of bonding. Instead of picking fleas and dirt off one another to bond, Ludden explains, we now talk, which is “where gossip comes in, because chit-chat is mostly talking about other people and conveying social information.”

Gossiping, Dunbar’s work argues, gives humans the ability to spread valuable information to very large social networks. “Were we not able to engage in discussions of these [social and personal] issues, we would not be able to sustain the kinds of societies that we do,” she explained in a 2003 paper published in the Review of General Psychology. “Gossip in this broad sense plays a number of different roles in the maintenance of socially functional groups through time.”

“We are much more social [than our evolutionary forbearers],” says Ludden, “so it can be very helpful to get information about people [from others] when this network is too big to observe by ourselves.”

Some scholars view gossip as evidence of cultural learning, offering teachable moments and providing people examples of what’s socially acceptable — and what’s not. For example, if there’s someone who cheats a lot in a community or social circle and people start to talk about that person in a negative way, says Robbins, the collective criticism should warn others of the consequences of cheating. And as word near-inevitably trickles back to source of said gossip, it can “serve to keep people in check, morally speaking,” Robbins adds.

What happens physiologically when people gossip?

In a 2015 study published in Social Neuroscience, scientists looked at brain imaging of men and women as they heard positive and negative gossip about themselves, their best friends and celebrities. People hearing gossip — good and bad — about themselves, as well as negative gossip in general, showed more activity in the prefrontal cortex of their brains, which is key to our ability to navigate complex social behaviors.

This activity indicated the subjects responded to the gossip and its insight. The authors say this is related to our desire to be seen positively by others and fit in socially, regardless of whether this reflects what we’re actually feeling.

So, can gossip be good for you?

“People are really resistant to thinking about gossip as anything but a bad behavior,” says Robbins. And Feinberg notes that there are some types of gossip that should be avoided, such as gossip that is purely harmful and serves no greater purpose — like mean comments about someone’s looks. In such a scenario, “you’re not learning anything,” Robbins adds. “No one is benefiting.”

There’s also a physiological distinction to be drawn between active and passive participation in gossip. Matthew Feinberg, an assistant professor of organizational behavior at the University of Toronto’s Rotman School of Management, and his colleagues explored this in a 2012 study published in the Journal of Personality and Social Psychology. When subjects heard about another person’s anti-social behavior or an injustice, their heart rates increased. When they were able to actively gossip about the person, or the situation, on the other hand, it soothed them and brought their heart rates down. The act of gossiping, Feinberg explains, “helps calm the body.”

In addition, Feinberg’s research has shown that gossip can promote cooperation by spreading important information. “When people say ‘your reputation precedes you,’ it’s because they have heard gossip about that person,” he says, which “can be extremely useful.” That said, disseminating or not correcting gossip you know to be untrue doesn’t have any pro-social benefit.

In another of Feinberg’s studies, a group of participants identified members who behaved selfishly via gossip, and promptly kicked them out. In the study, participants were divided into subgroups, and then each person was given a number of points representing small sums of money. Each participant could contribute these points to their group — in which case, the points would be doubled and redistributed equally — or keep them for themselves. Armed with the knowledge of their peers’ decisions, participants then played the game over again in different groupings. Crucially, they could inform their new groups how much someone had contributed in earlier exercises, and could vote to exclude someone who had behaved selfishly from a round entirely.

Having eliminated those bad apples, remaining participants were then able to work more harmoniously and inflate their collective pot. Individuals who had given less than half their points initially increased their contributions by the end of the latter rounds, while those who had been excluded gave significantly more after they were allowed back into the game, conforming to the less selfish behavior.

Gossiping also says something about the relationships people have with each other. “In order to gossip, you need to feel close to people,” says Stacy Torres, assistant professor of sociology at the University of California, San Francisco, who has studied gossip in older adults. “There’s an intimacy” to sharing experiences and feeling like you’re on the same page about others, she points out. Torres’ research has found that gossip can stave off loneliness, while other studies have found it can facilitate bonding and closeness and serve as a form of entertainment.

So, keep on talking. And when your conversation turns to gossip, as it inevitably will, remember that some good can come of it — with the right intentions, of course.