Why do adult children living with their parents? 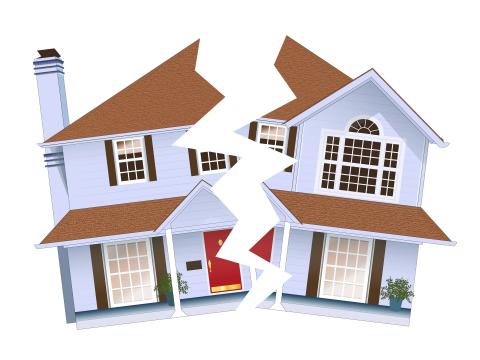 The self-styled “jilted generation” have a new argument to boost their case against their elders. According to figures from the Office for National Statistics, a quarter of those between the ages of 20 and 34 were still living in the family home in 2018. That is 1 million morethan 15 years ago; 3.4 million people, compared with 2.4 million in 2003.

And the reason is obvious, is it not? Soaring prices and an acute housing shortage (factors not unconnected) have locked young people out of the housing market, leaving high-priced private renting or the parental home as the unpalatable only options. A whole generation is being “infantilised” by the failure of successive governments to build enough homes.

Well, maybe – and maybe not. In one way, the UK may just be starting to conform to the long-standing pattern in the rest of Europe. Until recently, the UK was exceptional in how early young people left home and – in more recent years – the age at which they entered the housing market.

Far more school-leavers in France, Germany and elsewhere in Europe still go on to higher education in or near their home towns than in Britain, and live at home while they do so. The trend for so many 18-year-olds to go away to college here was considered strange – practically, economically and emotionally – by many on the continent.

So, too, was the widespread acceptance in the UK that this was the major break: having left home for university, most young Britons did not return home. They (we) flat-shared for a few years in the big city before setting up homes of our own – entering relationships, renting or buying a place together – and so on,

The age at which many Britons bought, were able to buy, or thought they should be able to buy their own home is also exceptional by European standards. In fact, the relative ease with which young people – in their early 20s, say – did so was exceptional here, too. Though it is now treated as an unattainable “norm” by many, buying a home in your 20s is a phenomenon largely limited to the 1990s to early 2000s, when zero deposits and generally loose credit made that possible (contributing to the 2008 financial crash).

In fact, the whole concept of the “housing ladder” is alien to much of Europe, where renting – in a stable and secure rental market – is common until much later in life; until, say, the family home is passed down or sold. It could well be argued that it is the considerable defects of our rental market rather than not being able to buy a home in your 20s that is the bigger problem in the UK. That around half of all young people now go into higher education rather than directly into a job may also be a factor in the greater numbers staying, or returning to live, at home.

But there is another reason why more young people may be staying in their parental home longer, and this is that, for many, the parental home is a far more congenial a place to be than it would have been for previous generations. Since the 1960s and 70s, the huge gap in attitudes that used to exist between parents and their offspring has generally narrowed. Many children have had their own room, and a measure of privacy and independence is assumed in a way it used not to be.

Plus, housing standards (for all the cramped nature of much new housing today) have improved: given the choice between a centrally heated home with access to the kitchen and a shared house with queues for the bathroom where the landlord won’t fix the boiler and damp seeps through the ceiling, which would you choose? There is more of a give-and-take now that can benefit both sides.

Yes, leaving home later may delay the process of fully “growing up”. The phenomenon of spoilt young Italian men who prefer the cocoon that mama can provide to family responsibilities of their own is well known. And there may be an echo of that here: there is a big discrepancy between the number of men (2.1 million) and women (1.3 million) who are living with their parents.

But is it really so bad if more people are delaying independent living because they are spending longer in education, or because they want to live a bit before settling down, or because their family home, in terms of support, creature comforts and cost, is actually quite an acceptable place to be? Perhaps there was a time, in the not too distant past, when young Britons were expected to fly the nest too soon.