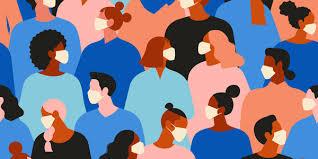 Hong Kong seems to have given the world a lesson in how to effectively curb COVID-19. With a population of 7.5 million, it has reported just 4 deaths. Researchers studying Hong Kong’s approach have already found that swift surveillance, quarantine and social-distancing measures, such as the use of face masks and school closures, helped to cut coronavirus transmission — measured by the average number of people each infected person infects, or R — to close to the critical level of 1 by early February. But the paper, published1 this month, couldn’t tease apart the effects of the various measures and behavioural changes happening at the same time.

Working out the effectiveness of the unprecedented measures implemented worldwide to limit the spread of the coronavirus is now one of scientists’ most pressing questions. Researchers hope that, ultimately, they will be able to accurately predict how adding and removing control measures affects transmission rates and infection numbers. This information will be essential to governments as they design strategies to return life to normal, while keeping transmission low to prevent second waves of infection. “This is not about the next epidemic. It’s about ‘what do we do now’?” says Rosalind Eggo, a mathematical modeller at the London School of Hygiene and Tropical Medicine (LSHTM).

Researchers are already working on models that use data from individual countries to understand the effect of control measures. Models based on real data should be more nuanced than those that, at the start of the outbreak, necessarily predicted the effect of interventions mainly using assumptions. Combining data from around the world will allow researchers to compare countries’ responses. And compared with studies of individual countries, it should also allow them to design models that can make more accurate predictions about new phases of the pandemic and across many nations.

But untangling cause and effect is extremely challenging, in part because circumstances differ in each country and because there is uncertainty over how much people adhere to measures, cautions Eggo. “It’s really hard but it doesn’t mean we shouldn’t try,” she adds.

Efforts to tackle these questions will get a boost in the coming weeks from a database that brings together information on the hundreds of different interventions that have been introduced worldwide. The platform, being prepared for the World Health Organization (WHO) by a team at the LSHTM, gathers data collected by ten groups already tracking interventions — including teams at the University of Oxford, UK, the Complexity Science Hub Vienna (CSH Vienna), and public-health organizations and non-profit organizations such as ACAPS, which analyses humanitarian crises.

The database will standardize the information collected by the different teams and should be more comprehensive than anything an individual group could generate, says Chris Grundy, a data scientist behind the LSHTM project. Agencies such as the WHO routinely track control measures used in a disease outbreak, but for COVID-19 the picture is complicated by pandemic’s speed and scale, says Grundy. The LSHTM has recruited an impressive corps of 1,100 volunteers to work on cleaning and combining the information. The data set will be open for anyone to use and will be improved in future releases, says Grundy. Speed is of the essence, he says. “Days make a difference right now.”

The trackers lay bare the vast range of policies deployed in different nations. The Vienna team has captured details of around 170 interventions in 52 countries, ranging from small measures such as floor stickers that mark a two-metre separation to major, restrictive policies such as school closures. They are also following some countries’ recent efforts to restart daily life and measures that go with them, including making the wearing of face masks mandatory. Meanwhile, Oxford’s project, the COVID-19 Government Response Tracker, is monitoring 13 interventions in more than 100 countries. It compiles 7 of the 13 into a single ‘stringency’ index that captures the overall severity of each country’s response and allows for comparison between countries that take different approaches (see ‘Pandemic protections’). The team is revising how they calculate the index and adding a measure.

Already, scientists in both groups are analysing their data to explore differences in each country’s responses. The Vienna team is looking for patterns, and their methods include clustering countries by how early in their epidemics they began interventions and by the total number of restrictions introduced. In Europe, for example, algorithms group Sweden, the United Kingdom and the Netherlands together as countries that acted relatively slowly. In the early stages of their epidemics, all three implemented ‘herd immunity’ strategies, which involved few measures or ones that relied on voluntary compliance, although later, the United Kingdom and the Netherlands switched to more aggressive responses, including country-wide lockdown, says Amélie Desvars-Larrive, an epidemiologist at CSH Vienna and the University of Veterinary Medicine Vienna.

Meanwhile, Germany and Austria stand out as nations that adopted aggressive and early control strategies compared with Italy, France and Spain, which implemented similar measures, including lockdown, but later in their epidemics, she says. So far, Germany and Austria have, per capita, seen a fraction of the deaths from COVID-19 of these other countries.

Early findings from the Oxford team also suggest that poorer nations tended to bring in stricter measures than did richer countries, relative to the severity of their outbreaks. For example, the Caribbean nation of Haiti enforced lockdown on confirming its first case, whereas the United States waited until more than two weeks after its first death to issue stay-at-home orders. That might be because lower-income countries with less-developed health-care systems act more cautiously, says Anna Petherick, a public-policy researcher at Oxford. It could also reflect the fact that the outbreak reached these nations later, giving them longer to learn from others, she says.

Ultimately, researchers hope to use data from the LSHTM database to go beyond examining the differences in responses — and understand how effective these strategies were in limiting the outbreak. “We really need to evaluate those interventions in real time, so everybody can make real policies,” says Eggo, who was not involved in the database’s creation but plans to use it. “If we don’t know what works and we don’t know how much, it’s going to be really difficult to decide what to do next.” Eggo and colleagues will use the data to test the accuracy of mathematical models, which use equations to describe the rate of transmission and mechanisms behind it, under varying intervention types and timing.

Ideally, researchers will be able to forecast how adding and removing interventions would change the number of infections over time. Policymakers could use such predictions, together with data on intensive-care capacity, to make decisions — on whether to reopen schools, for example — says Nils Haug, a mathematical physicist at CSH Vienna and the Medical University of Vienna.

Haug is part of a 15-strong team of modellers exploring which statistical approaches to use. Rather than directly determining the precise effect of each intervention, these methods can be used to find ways to identify the measures that best predict infection rates. One approach involves using a machine-learning technique called a recurrent neural network to learn from patterns in the data and make predictions. Researchers can learn how important a given intervention is by looking at how predictions shift when they remove information about it from the network.

Another technique involves regression analysis, which estimates the strength of the relationship between a particular measure, such as school closure, and a metric, such as R, across all countries. Using a regression technique such as Lasso, for example, researchers can determine which measures reduce R most.

But all methods have limitations, says Haug. The Lasso method assumes that a given measure always leads to the same reduction in R over time, regardless of the country to which it was applied. This is one of the biggest challenges in learning lessons across multiple countries. Researchers want to be able to account for national quirks such as some countries’ greater prevalence of intergenerational households, which could accelerate spread. The Vienna team will eventually try to factor these different features directly into their models. For now, they will capture them all as a single variable that alters R for each country.

Without a vaccine or effective treatment, stopping transmission remains the only defence against COVID-19. Knowing the effects of each control measure is crucial to figuring out which ones can be safely altered or removed, says Petherick. “If we can learn what we should put in place and what works best so that we can stop the spread and also keep the rest of life going as best we can, I think that would be a huge contribution,” she says.