When did the Christian Church start worrying about sex? 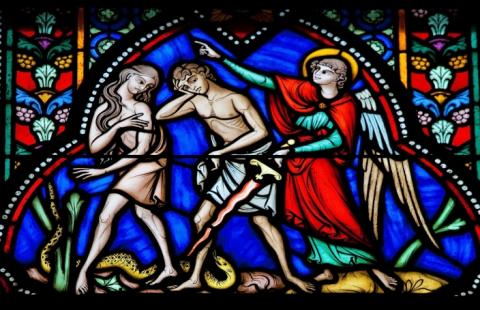 Jesus’ surviving words include very little about sex, yet questions around sexual morality have troubled Christian authorities for nearly 2,000 years.
In recent years, arguments about homosexuality, abortion, divorce, contraception and responses to child sexual abuse have divided Christians and created havoc for the Church. But if Jesus didn’t have much to say about sex, when and where do the rules around sexual morality come from?

What does the Bible say about sex?

All Christians draw on the Bible to establish their teachings and practice. The Bible contains the Old Testament (the Hebrew Scripture) and the New Testament (comprising the four Gospels and letters known as epistles and attributed to Paul and other Christian writers of the 1st Century AD). It's the Old Testament and Paul’s epistles that have been key to shaping Christian sexual ethics. Yet later Christian commentators and the various Christian Churches have interpreted these in very different ways.

After nearly 300 years of persecuting followers of Jesus, the Roman Empire under Constantine, adopted Christianity as its official religion. Yet the new Latin Church didn't just draw on the Bible to establish its teachings. It also sought guidance from theologians and philosophers, some of whom were inspired by austere Greek philosophy that praised the spirit above the body.

The most important figure in Western (Latin) Christianity was Augustine, a 4th Century theologian from what is now Algeria, who radically re-shaped Christian views on sex. Augustine argued that sexual desire - lust - had prompted Adam's agreement when Eve proposed eating forbidden fruit from the Tree of Knowledge. For the first time Augustine was associating sexual desire with the origins of sin. His thinking was arguably responsible for a long legacy of confusion and anxiety about sex in the Western Church. For many ordinary Christians, Augustine's alliance of sex and sin brought a new sense of shame to sexual desire and practice.

When were the rules challenged?

Augustine’s views on sex united Christians for over a thousand years, and still hold sway in many quarters today. But in 16th Century Germany, something happened that radically challenged the link between sex and original sin.

From 1517, Martin Luther, the instigator of the Protestant Reformation, rejected Augustine’s teachings that sex is sinful. Instead he declared sex between a man and a woman is a gift from God (as long as it is practised within the confines of marriage). He denounced the Catholic tradition that all priests must be celibate, warning their sexual desires might end up being channelled in dangerous directions.

Luther encouraged priests to marry and he led by example. He took the radical step of denying that marriage was a sacrament of the Church. If it was not, then it was not necessarily indissoluble, and therefore divorce might be acceptable (if regrettable).

Luther drew a different emphasis out of Augustine's teachings. He claimed that it was faith in God that would pardon sins and bring salvation, not good deeds and repentance for sinful ones. This led to an emphasis on divine mercy and forgiveness, which in modern times has been used to justify more liberal perspectives in Christian Churches.