What religion does to brain 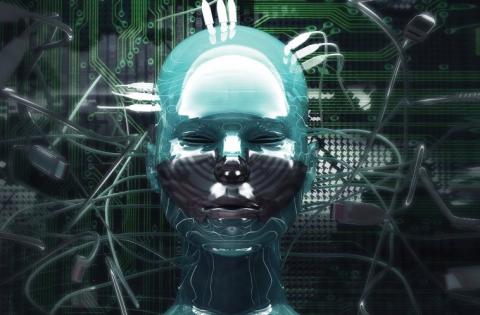 Whether or not a divine power truly does exist might be a matter of opinion, but the neurophysiological effects of religious belief are scientific facts that can be accurately measured. Here, we take a look at some of these effects, as shown by the latest research.

Whether you are a staunch atheist, a reserved agnostic, or a devout believer, you are equally likely to find the effects of religion on human brains astonishing. Religious belief can increase our lifespan and help us better cope with disease.

And, research in the field of "neurotheology" — or the neuroscience of theological belief — has made some surprising discoveries that are bound to change how we think about spirituality. For instance, some scientists suggest that religious experience activates the same brain circuits as sex and drugs.

Other research has suggested that damage to a certain brain region can make you feel as though someone's in the room when nobody's there. Such findings have intriguing implications for how religion affects health, and vice-versa.

Also, do the neurobiological underpinnings of religious experience mean that it could be artificially recreated? If a divine experience proves to be biologically predetermined, does having the right scientific information enable us to create the illusion of a god?

Below, we take a look at some of these questions. While researchers may not have all the answers yet, pieces of the puzzle are coming together to form a scientific picture of divinity that is shaping up to be quite different from those we find in the holy books.

Dr. Andrew Newberg, who is a professor of neuroscience and the director of the Research Marcus Institute of Integrative Health at the Thomas Jefferson University and Hospital in Villanova, PA, explains that different religious practices have different effects on one's brain.

Namely, different religions activate brain regions differently. The researcher, who literally "wrote the book" on neurotheology, draws from his numerous studies to show that both meditating Buddhists and praying Catholic nuns, for instance, have increased activity in the frontal lobes of the brain.

These areas are linked with increased focus and attention, planning skills, the ability to project into the future, and the ability to construct complex arguments. Also, both prayer and meditation correlate with a decreased activity in the parietal lobes, which are responsible for processing temporal and spatial orientation.

Nuns, however — who pray using words rather than relying on visualization techniques used in meditation — show increased activity in the language-processing brain areas of the subparietal lobes.

But, other religious practices can have the opposite effect on the same brain areas. For instance, one of the most recent studies co-authored by Dr. Newberg shows that intense Islamic prayer — "which has, as its most fundamental concept, the surrendering of one's self to God" — reduces the activity in the prefrontal cortex and the frontal lobes connected with it, as well as the activity in the parietal lobes.

The prefrontal cortex is traditionally thought to be involved in executive control, or willful behavior, as well as decision-making. So, the researchers hypothesize, it would make sense that a practice that centers on relinquishing control would result in decreased activity in this brain area.

Religion is like 'sex, drugs, and rock 'n' roll'

A recent study that Medical News Today reported on found that religion activates the same reward-processing brain circuits as sex, drugs, and other addictive activities. Researchers led by Dr. Jeff Anderson, Ph.D. — from the University of Utah School of Medicine in Salt Lake City — examined the brains of 19 young Mormons using a functional MRI scanner.

When asked whether, and to what degree, the participants were "feeling the spirit," those who reported the most intense spiritual feelings displayed increased activity in the bilateral nucleus accumbens, as well as the frontal attentional and ventromedial prefrontal cortical loci.

These pleasure and reward-processing brain areas are also active when we engage in sexual activities, listen to music, gamble, and take drugs. The participants also reported feelings of peace and physical warmth. "When our study participants were instructed to think about a savior, about being with their families for eternity, about their heavenly rewards, their brains and bodies physically responded," says first study author Michael Ferguson.

These findings echo those of older studies, which found that engaging in spiritual practices raises levels of serotonin, which is the "happiness" neurotransmitter, and endorphins. The latter are euphoria-inducing molecules whose name comes from the phrase "endogenous morphine." Such neurophysiological effects of religion seem to give the dictum "Religion is the opium of the people" a new level of meaning.

Out of body experiences are in your body

Some recent advances in neuroimaging techniques allow us to understand how our brains "create" a spiritual or mystical experience. What causes the feeling that someone else is present in the room, or that we've stepped outside of our bodies and into another dimension? "In the last few years," says Dr. Anderson, "brain imaging technologies have matured in ways that are letting us approach questions that have been around for millennia."

Prof. James Giordano, from the Georgetown University Medical Center in Washington, D.C., agrees. "We are able to even understand when a person gets into 'ecstasy mode,'" he says, and to identify specific brain areas that participate in this process.

"When activity in the networks of the superior parietal cortex [which is a region in the upper part of the parietal lobe] or our prefrontal cortex increases or decreases, our bodily boundaries change," Prof. Giordano explains in an interview for Medium.

Research backs him up. A study of Vietnam veterans shows that those who had been injured in the brain's dorsolateral prefrontal cortex were more likely to report mystical experiences.

"These parts of the brain control our sense of self in relation to other objects in the world, as well as our bodily integrity; hence the 'out of body' and 'extended self' sensations and perceptions many people who have had mystical experiences confess to." "If 'beings' join the mystical experience," Prof. Giordano goes on, "we can say that the activity of the left and right temporal lobe network (found at the bottom middle part of the cortex) has changed."

The parietal lobes are also the areas that Dr. Newberg's studies found to have lower brain activity during prayer.

Can we 'create' God on demand?

Given that the neurological roots of religious experiences can be traced so accurately with the help of the latest neuroscientific technologies, does this mean that we could — in principle — "create" these experiences on demand? This is not just a theoretical question because in the 1990s, Dr. Michael Persinger — the director of the Neuroscience Department at Laurentian University in Ontario, Canada — designed what came to be known as the "God Helmet."

This is a device that is able to simulate religious experiences by stimulating an individual's tempoparietal lobes using magnetic fields. In Dr. Persinger's experiments, about 20 religious people — which amounts to just 1 percent of the participants — reported feeling the presence of God or seeing him in the room when wearing the device. However, 80 percent of the participants felt a presence of some sort, which they were reluctant to call "God."

Speaking about the experiments, Dr. Persinger says, "I suspect most people would call the 'vague, all-around-me' sensations 'God' but they are reluctant to employ the label in a laboratory."

"If the equipment and the experiment produced the presence that was God, then the extrapersonal, unreachable, and independent characteristics of the god definition might be challenged." We asked Dr. Newberg what he thought about such attempts to elicit religious experiences. "We have to be careful about how similar such experiences are," he cautioned.

However, he went on, humans have historically sought out ways to evoke religious experiences in various ways, from meditation and prayer to substances that can induce psychedelic experiences — which are "perceived as just as spiritual and real as more 'natural' experiences."

So, whether it's psychedelics or the God helmet, "as we develop a more detailed understanding of these techniques and their effects, we may do better at figuring out how to enhance their effects," Dr. Newberg told us.

The future of neurotheology and religion

In the meantime, neuroscientists continue to work hard in order to understand what goes on in the religious brain. "In spite of how much the field [of neurotheology] has grown, we are really only scratching the surface," said Dr. Newberg. He shared with us some of the directions he hopes this field will evolve in, saying, "[N]eurotheology can 1) explore how religion and spirituality affect physical and mental health in terms of beliefs and practices."

Furthermore, neurotheology is able to "help with the development of therapeutic approaches to helping people with various disorders including neurological and psychiatric conditions."

Finally, neuroscience will hopefully also provide us with some much-needed answers to "age-old epistemological questions about the nature of reality," consciousness, and spirituality. Until we gain such answers, however, religion is unlikely to go anywhere. The architecture of our brains won't allow it, says Dr. Newberg, and religion fulfills needs that our brains are designed to have.

"I would argue that until our brain undergoes a fundamental change, religion and spirituality will be with us for a long time."