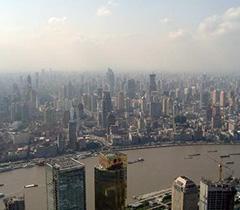 A draft of a major report on climate change, due to be published next year, has been leaked online.

Climate sceptics immediately claimed it contains an admission that much of global warming is a result of the sun's variability, not greenhouse gas emissions. In fact, the report says nothing of the sort. It does, however, show that our understanding of the climate is shifting. And while some future threats now seem less likely, others loom larger. The report is the latest from the Intergovernmental Panel on Climate Change (IPCC), which releases detailed assessments of climate science every few years. Its last major report came out in 2007, and the next is scheduled to be published, section by section, from September 2013 onwards.

A draft version was leaked online by Alec Rawls, a US blogger who signed up to be an expert reviewer of the next report – something anyone can do. Rawls highlights a paragraph on page 43 of chapter 7, which he claims undermines the report's main conclusion – that human activity is the main driver of climate change.

The key sentence examines evidence of the link between the sun's activity and climate. It concludes that the link is slightly stronger than previously thought. This suggests positive feedbacks within the climate must make the sun's influence a little larger to fully explain how it affects Earth's climate. Rawls interprets this as an admission that the sun is actually a significant driver of climate change.

Climate scientists are lining up to debunk this claim. "They're misunderstanding, either deliberately or otherwise, what that sentence is meant to say," says Joanna Haigh of Imperial College London, who studies the effect of solar activity on the Earth. The sun has little effect on global temperatures over human timescales, she says, although – perhaps confusingly – it does have a relatively strong effect on some regions, particularly Europe (New Scientist, 25 September 2010, p 10).

Rawls's would-be revelations actually draw attention away from some much more interesting and surprising conclusions in the draft report. For one thing, the IPCC has changed its 2007 prediction on droughts. Then, it concluded that a world beset by more intense droughts was "likely". But the authors of the new report have taken heed of recent criticisms that the statistical measure of drought favoured by climatologists is unreliable.

The draft quotes studies that show recent "decreasing trends in the duration, intensity and severity of drought globally". Another common expectation of a warmer world also bites the dust: more frequent tropical cyclones. In 2007, the IPCC said there had been a "likely" increase in tropical cyclones since 1970, which was "more likely than not" due to global warming raising sea temperatures.

But the new report backtracks. "The [previous] assessment needs to be somewhat revised," it says. After a review of past cyclone counts, it concludes that "tropical cyclone data provides low confidence that any reported long-term changes are robust". There is evidence, however, that the average intensity of cyclones will rise in the years ahead.

Elsewhere, the report reassures us that the ocean circulation, and with it the Gulf Stream, is "unlikely" to collapse in the coming centuries – a doomsday scenario that was "too early to assess" in 2007. However, it is pessimistic about Arctic sea ice, which hit a record low in September. The IPCC says the Arctic may see ice-free summers by 2100. Even that is too rosy a picture for many climatologists, who expect ice-free summers before 2050.

Other conclusions are also more sobering. The IPCC is predicting greater sea level rise than it did in 2007, as it now includes models of ice sheet movements. And we now have a gloomier picture of the extent to which smogs and other human-made aerosols in the atmosphere shade us from the worst of global warming. This is still a big uncertainty in temperature forecasting. The draft says their cooling effect is 40 per cent less than thought in 2007, suggesting this positive side effect of air pollution has been overstated.

The report says it is "very likely" that the past three decades have all been warmer than any time in the past 800 years; that we could see almost 9 °C of warming by 2300; and that "a large fraction of climate change is largely irreversible on human timescales".

The details of the picture may have changed, but it is still largely bleak.

by Michael Marshall and Fred Pearce