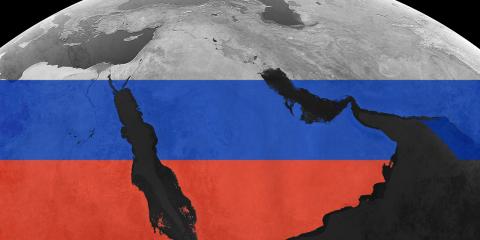 In an event covered in a variety of regional media outlets but largely ignored further afield, Russian Foreign Minister Sergei Lavrov met on March 15 in Moscow with a delegation from the Lebanese Hezbollah organization. The delegation was led by Mohammad Raad, who heads the Hezbollah bloc in the Lebanese Parliament.

This was the first official Hezbollah delegation to visit Moscow since October 2011, and the second in total. Also on the trip was Ammar al-Moussawi, who heads the movement’s foreign relations desk. A report by Russian analyst Anton Mardasov at Al-Monitor noted that the visit immediately preceded Foreign Minister Gabi Ashkenazi’s trip to Moscow on March 17, possibly leading to some logistical challenges for the Russian airport and other authorities.

The arrival of these two delegations immediately followed a trip by Foreign Minister Lavrov to the Gulf, in which he met with officials in the United Arab Emirates, Saudi Arabia and Qatar. Lavrov’s trip to the Gulf coincided with the televised opening in Turkey of the Akkuyu nuclear power plant, built by Russia. The opening was attended by Turkish President Recep Tayyip Erdogan and Russian President Vladimir Putin.

In the last week, Russian military operations in the Middle East also intensified, with the launch of an air campaign against Islamic State targets in the desert of southern Syria. In late January, meanwhile, a senior delegation from the south Yemeni separatists of the Southern Transitional Council flew to Moscow, at the invitation of the Russian government. The STC is backed by the UAE, and controls large parts of southern Yemen, including the temporary capital, Aden, and the Socotra Archipelago.

This flurry of Middle East-related Russian diplomatic activity is noteworthy because it reflects Moscow’s multi-faceted approach to the region. Much analysis of the Middle East notes the existence of three large blocs competing for primacy.

These are defined as:

1) The bloc of countries and movements led by Iran and including the Assad regime and Hezbollah.

2) The Sunni Islamist bloc of Turkey, Qatar and associated movements.

3) The “status quo” or pro-US bloc including Israel, Saudi Arabia and the UAE.

The list of meetings and events above shows that Russia maintains open channels and cordiality with the main players in all these blocs, without being entirely identified with any of them. Only the Salafi jihadists of the Islamic State remain beyond the pale.

This approach contains a measure of sophistication, and has resulted in Moscow emerging as the go-to mediator on a variety of regional files from which the United States has chosen through weariness or other priorities to keep absent. When mediation is needed between Israel and Bashar Assad’s Syria, Russia is the only relevant candidate, as has been demonstrated on two significant occasions recently.

When Turkey needed to formalize its area of control in northeast Syria following its incursion in October 2019, Erdogan negotiated directly with Putin, casually brushing aside the notional sovereignty of President Assad. Indeed, the Astana process, bringing together Turkey and Iran under Russian auspices, has turned into the most significant diplomatic track regarding Syria. It has bypassed the moribund, UN-supported Geneva process.

In all these areas, Russian tactical pragmatism has proved an asset. In a manner quite unfamiliar to Western practices, but well in accordance with Middle-Eastern realities, the Russians care little about final resolution of conflicts, and hardly at all about the mode of governance and the ideology of the elements with which they deal. They proceed on the basis of current shared interests, rather than longer-term partnerships. They are comfortable in the environment of frozen conflicts and divided countries, and have no sense of urgency in the need to rectify either of these situations.

IN THE FRAGMENTED spaces that characterize large parts of the post-2010 Arab world, this tactical flexibility can bring advantage. It enabled the Russians, for example, to ostensibly support the re-conquest by their “ally” Assad of the entirety of Syria, while subsequently negotiating the current de facto partition of the country in order to draw Turkey further from NATO and closer to the Russian orbit. It has enabled Moscow also, notably, to acquiesce to the near weekly bombing raids by Israeli aircraft against targets of Moscow’s supposed partner in Syria – Iran. This despite the presence of an S-400 battery at the Khmeimim Air Base in Latakia Province.

Russia’s regional approach has paid dividends largely because of the vacuum left by the partial US disengagement from the Middle East. In so far as Moscow has sought to directly challenge Washington in an area from which the US did not wish to be dislodged, the Russians have been speedily apprised of the true balance of power (see the Battle of Khasham, 2018, when Russian-supported militias attempted an incursion across the Euphrates and were slaughtered by US air and artillery strikes). Still, the US under President Joe Biden shows no signs of wanting to come roaring back to major commitments in the region.

A more important Achilles’ heel for Moscow’s regional approach is currently becoming apparent, however; namely, a notable lack of financial resources. In this regard, “victory” in Syria is becoming something of a burden. The European Union is remaining firm that there will be no money for reconstruction unless a process of political transition from dictatorship begins. Iran, Russia’s partner in Syria, has no money. Moscow, also, doesn’t have resources to spare. The result is that Russia is currently presiding over a broken, fragmented country in which the main fighting fronts may no longer be moving, but nothing has been settled.

The Iranian project, and the Israeli retribution it triggers, are a further disruptive element. This lack of resources is also impacting on stability inside the regime-controlled parts of Syria. In restive Daraa Province, where the uprising that led to the civil war began in 2011, there were large demonstrations to mark the 10th anniversary of the outbreak. Last week, 21 members of the regime’s 4th Armored Division were killed by unidentified terrorists outside the town of Mzayrib in the province. It is all very far from the “victory” proclamations of 2018 and 2019.

In this regard, Lavrov’s visit to the UAE is worthy of particular attention. The Russians and the Emiratis share the desire to rehabilitate the Assad regime and normalize Syria’s situation. The Russians may well be looking for ways to introduce Emirati resources into the ruin of Assad’s domain, though Abu Dhabi will need to be wary of violating US sanctions in too obvious a way.

But the broader picture – of the stark gap between meager resources and self-perception as a major power – is the essential reality of Moscow’s position in the Middle East. It means that ultimately Russia must of necessity be reactive and tactical, but that its shrewd tactical moves will then be cloaked in the appearance of great power strategy. The material results of such an approach, when observed closely, are likely to be considerably more modest than they initially appear. Moscow understands the Middle East and plays its games deftly and well. But that is because in many ways it resembles some of its regional partners rather more than it would perhaps readily admit.