What is destroying America's national unity? 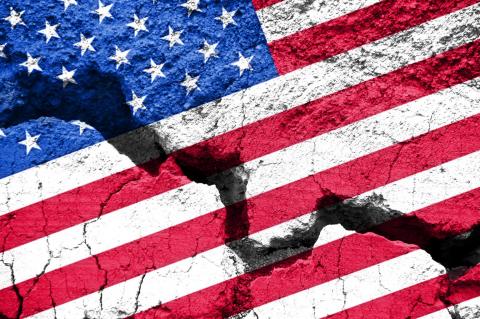 In Shanksville, Pennsylvania, on Saturday, former President George W. Bush’s theme was national unity—and how it has been lost over these past 20 years. “In the weeks and months following the 9/11 attacks,” said Bush, “I was proud to lead an amazing, resilient, united people. When it comes to the unity of America, those days seem distant from our own. A malign force seems at work in our common life that turns every disagreement into an argument, and every argument into a clash of cultures.”

Though he surely did not realize it, Bush had himself, moments before, given us an example of how that unity was destroyed when he drew a parallel between the terrorists of 9/11 and the Trump protesters of Jan 6. Said Bush:

What is Bush saying here?

That Ashli Babbitt, the Air Force veteran shot to death trying to enter the House chamber on Jan. 6, and Mohamed Atta, who drove an airliner into the North Tower of the World Trade Center in a massacre of close to 3,000 people, are “children of the same foul spirit.”

Query: Was not Bush himself here giving us an example of the “malign force” that “turns every disagreement … into a clash of cultures”?

Bush did not mention his own contribution to our national divide: his invasion of a country, Iraq, that did not threaten us, did not attack us, and did not want war with us—to disarm it of weapons it did not even have.

Which contributed more to the loss of America’s national unity? The four hours of mob violence in the Capitol the afternoon of Jan. 6, 2021, or the 18-year war in Iraq that Bush launched in 2003?

“In those fateful hours” after 9/11, said Bush, “Many Americans struggled to understand why an enemy would hate us with such zeal.”

Yet, well before 9/11, Osama bin Laden, in his declaration of war on us, listed his grievances. Our sanctions were starving the children of Iraq. Our military presence on the sacred soil of Saudi Arabia, home to Mecca, was a national insult and a blasphemous outrage to Islam.

After 9/11, Bush invaded Afghanistan and Iraq. President Barack Obama attacked Libya and plunged us into the Syrian and Yemeni civil wars.

Are Americans really as oblivious, as Bush suggests, as to why it was that our enemies “hate us with such zeal”?

Many of these peoples want us out of their countries for the same reason that 18th- and 19th-century Americans wanted the French, British and Spanish out of our country and out of our hemisphere.

Yet, it is not only the Bush and Obama wars that have made us so many enemies abroad and so deeply divided us at home.

Our southern border is being overrun by illegal immigrants whose number, since President Joe Biden took office, has been running at close to 2 million a year, with 30,000 “get-aways” a month. These last are mostly males who never make contact with the Border Patrol as they move on to their chosen destinations. They are coming now not only from Mexico and the northern tier countries of Central America but also from some 100 countries around the world.

Americans fear they are losing their country to the uninvited and invading millions of the Global South coming to dispossess them of their patrimony. They never voted for this invasion and have wanted their chosen leaders to stop it. Former President Donald Trump earned their trust because he tried and, to a great degree, succeeded.

Unlike previous generations, our 21st-century divisions are far broader—not just economic and political, but social, moral, cultural and racial.

Abortion, same-sex marriage and transgender rights divide us. Socialism and capitalism divide us. Affirmative action, Black Lives Matter, urban crime, gun violence and critical race theory divide us. Allegations of white privilege and white supremacy, and demands that equality of opportunity give way to equity of rewards, divide us. In the Covid-19 pandemic, the wearing of masks and vaccine mandates divide us.

Demands to tear down monuments and memorials to those who were, until lately, America’s greats—from Christopher Columbus to George Washington to Thomas Jefferson and Andrew Jackson, from Abraham Lincoln to Robert E. Lee to Theodore Roosevelt and Woodrow Wilson—divide us.

We are even divided today on the most fundamental of questions: Is America now, and has it always been, a good and great country, worthy of the loyalty and love of all its children, of all its citizens? And are we Americans proceeding toward that “more perfect union” or heading for a reenactment of our previous violent disunion?